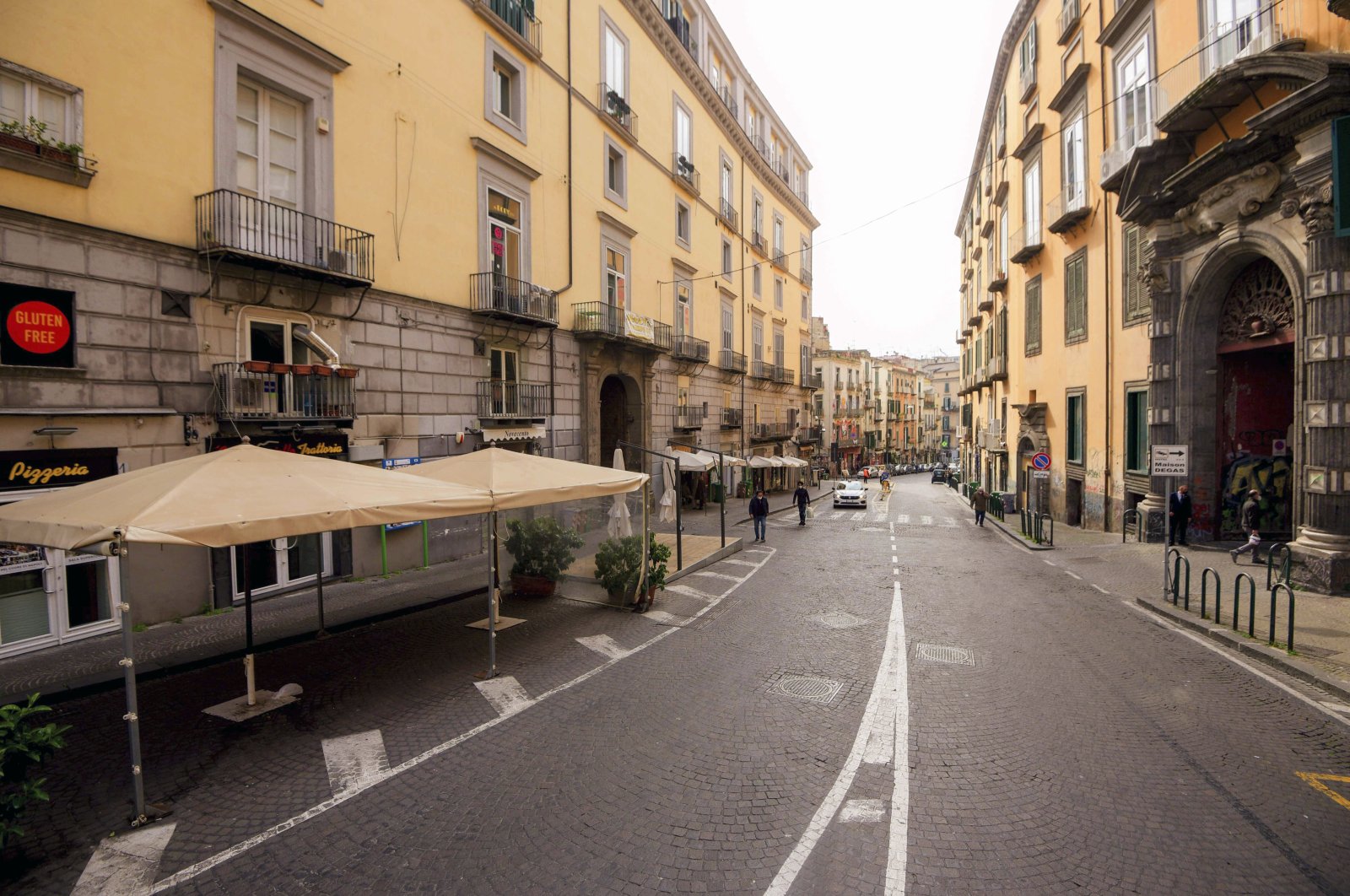 Italy's official coronavirus death toll surpassed the 100,000 mark Monday amid concerns that the spread of new COVID-19 variants is driving a fresh wave of infections.

Just over a year since it became the first European country to be overwhelmed by COVID-19, Italy's health ministry recorded another 318 virus-related deaths, taking the total to 100,103.

The figure is almost certainly an underestimate of the true toll, but is nevertheless shocking.

When the pandemic started, "we could have never imagined that after a year ... the official death toll would have neared the terrible threshold of 100,000," said Prime Minister Mario Draghi, who took over last month.

In a video message that represented his first public statement in three weeks, he added: "The pandemic has not yet been defeated, but with the acceleration of the vaccination plan, we can see a way out."

As in many other European countries, Italy's vaccine program has had a slow start, dogged in large part by a lack of jabs.

It expects to have 50 million doses of coronavirus vaccines by the end of June, allowing for the vaccination of "at least half of our population" – some 30 million people – within the next four months, Health Minister Roberto Speranza said Sunday.

Italy will start using the AstraZeneca-Oxford vaccine on people over the age of 65, while it also has high hopes for the single-dose Johnson & Johnson vaccine, which could win EU approval on March 11.

So far, Italy has fully vaccinated only 1.65 million people.

However, Speranza warned Monday that Italy faced difficult weeks as it needs "to flatten this (infection) curve at a time when variants make the virus even harder to handle."

Weekly infection numbers rose by a third to more than 123,000 cases between Feb. 24 and March 2, according to the GIMBE health think tank, the highest since early December.

As hospital intensive care units are again coming under pressure, the government is considering new restrictions – including extending the current 10:00 pm to 05:00am curfew and a national lockdown, according to media reports.

Tough new nationwide restrictions would be another blow for the economy, which was plunged into a historic recession by last year's lockdown.

But a poll published on the weekend by the Corriere della Sera newspaper suggested that 44% of Italians would back it, up from 30% two weeks earlier.

Tighter restrictions took effect Monday as southern Campania, which includes Naples, joined Basilicata and Molise in the list of "red" regions under lockdown.

Lockdowns have also been enforced at more local level in dozens of provinces and cities – leading to the closure of bars, restaurants, museums and of all schools including nurseries.

Face-to-face learning is now off for almost six million students, around two thirds of the total, according to specialized website Tuttoscuola.com.