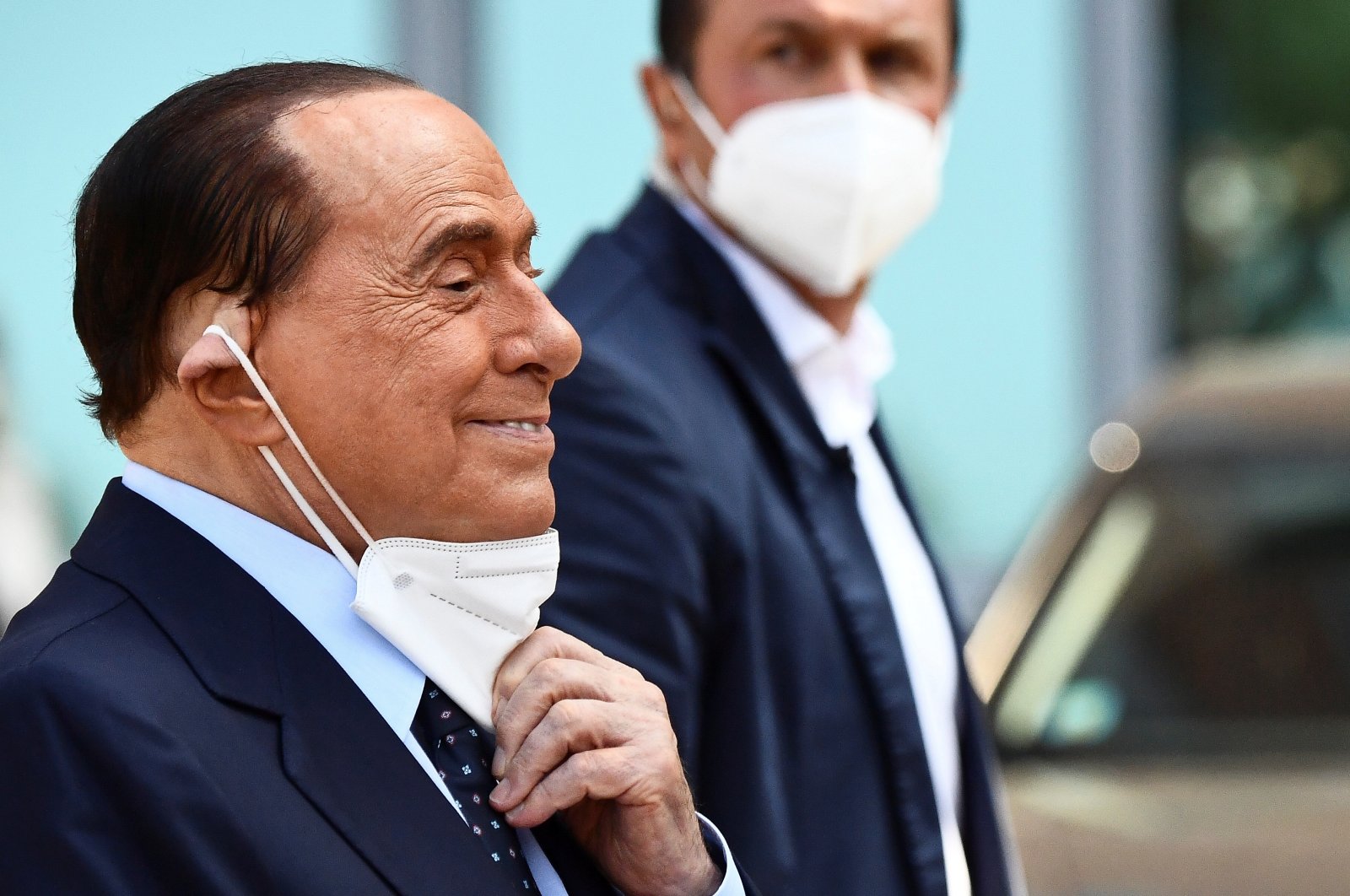 Former Italian Prime Minister Silvio Berlusconi adjusts his protective mask as he leaves Milan's San Raffaele hospital, where he was being treated after testing positive for the coronavirus and diagnosed with mild pneumonia, in Milan, Italy, Sept. 14, 2020. (Reuters Photo)
by Agencies Sep 14, 2020 1:58 pm
RECOMMENDED

Former Italian Prime Minister Silvio Berlusconi, who has made a career out of bouncing back from setbacks, was released Monday from the hospital after an "insidious" bout of COVID-19 that he said was the most dangerous challenge he had ever faced.

Wearing a suit and smiling after taking off his face mask, 83-year-old Berlusconi said doctors at San Raffaele hospital in Milan told him he had the highest levels of the virus they had seen in the tens of thousands of samples they had taken over the past six months.

Berlusconi, who has had heart problems and uses a pacemaker, thanked his doctors and acknowledged most Italians of his age and in his condition didn’t survive the virus.

"I overcame what I consider perhaps the most dangerous challenge of my life,” he said before putting his mask back on and getting into a waiting car to continue his recovery at home.

"I said to myself, with satisfaction, 'You have got away with it again,'" the smiling former Italian premier told reporters at the gates of Milan's San Raffaele hospital, where he was admitted on Sept. 4 after testing positive for COVID-19. "Each one of us is exposed to the risk of infecting others. I repeat my call for maximum responsibility from everyone," he added.

Berlusconi tested positive for the virus on Sept. 2 and was admitted to San Raffaele early on Sept. 4 with the beginnings of pneumonia. He didn’t require intensive care, but his doctor, Alberto Zangrillo, was quoted as saying that if Berlusconi had gotten sick in March – at the peak of Italy’s outbreak when Lombardy hospitals were overflowing – he most certainly would have died.

Even from his hospital bed, Berlusconi kept campaigning for upcoming administrative elections, calling into a rally of his Forza Italia party and urging Italians to vote.

The three-time premier, a media mogul who first came to political power in 1994, has made a career out of rebounding from legal woes, personal scandal, heart trouble and political setbacks.

His center-right Forza Italia party, once a dominant force in Italian politics, now polls in the single digits and trails more conservative parties, such as its onetime junior coalition partner, the League.