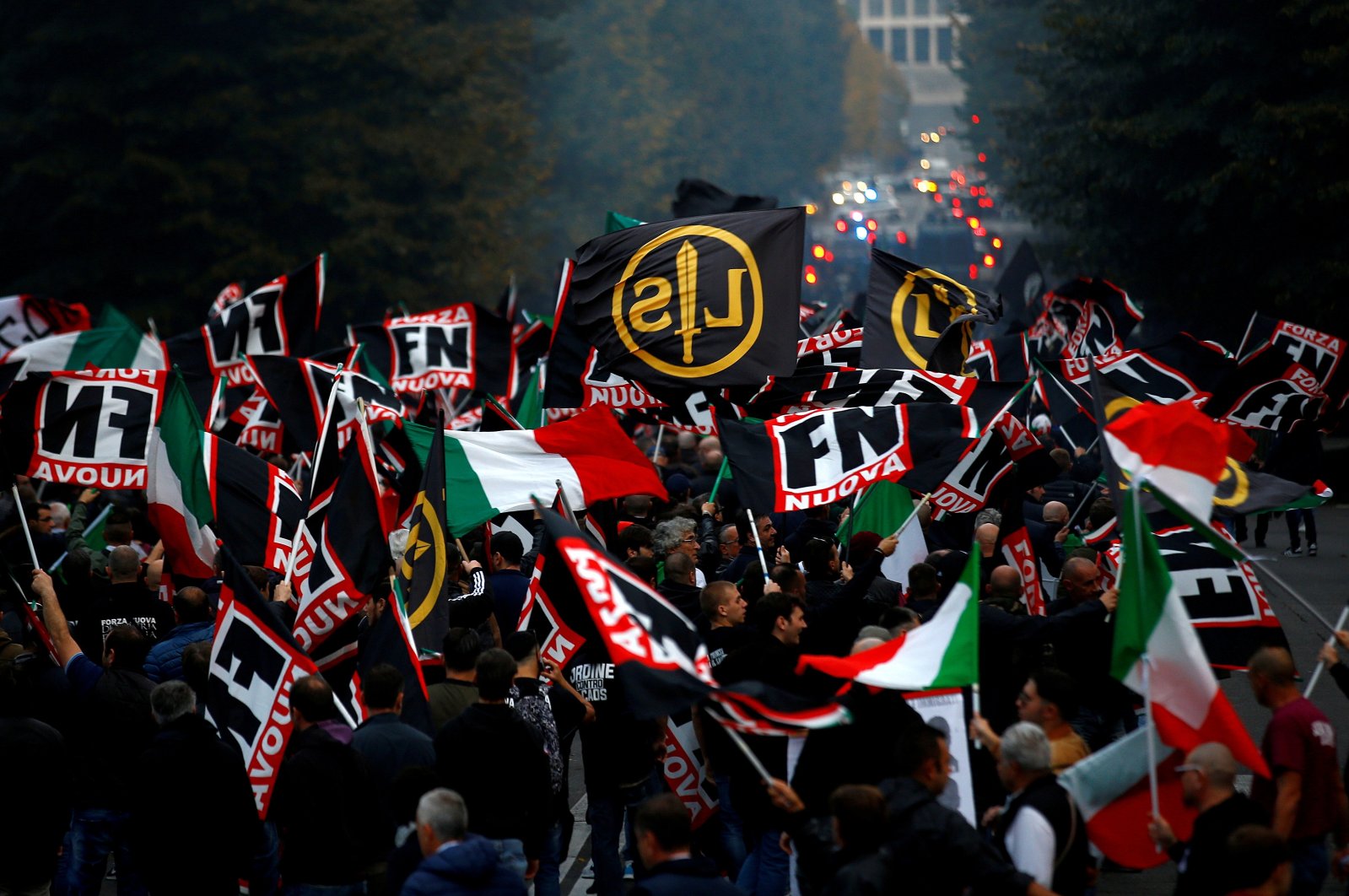 The Italian upper house Senate urged the government Wednesday to dissolve the Forza Nuova neofascist party, which this month took part in violent protests against the introduction of mandatory COVID-19 health passes for workers.

Forza Nuova, founded in 1997, is one of the most prominent extreme right-wing parties in Italy and has repeatedly been accused of attacking immigrants and clashing with police.

A group of Forza Nuova militants, including some of its leaders, were arrested this month after a crowd of protesters smashed their way into the headquarters of the CGIL union in Rome during a demonstration against the contested health pass.

Senators approved a document proposed by the center-left bloc, including the 5 Star Movement, with a show of hands. A similar vote is expected in the lower house on Thursday.

The motion urged the government "to adopt measures ... to dissolve Forza Nuova and all political movements of clear fascist inspiration." Wednesday's vote serves as a recommendation and carries no legal obligation.

Prime Minister Mario Draghi, who heads a national unity administration, said last week his government was considering whether to impose a ban on the party.

Under existing legislation, neofascist groups can only be dissolved after a court ruling saying their actions are part of an effort to revive the old Fascist Party that ruled Italy from 1922 until 1943.

However, the government is allowed to ban by decree organizations that it thinks pose serious threats to democracy and constitutional liberties.