'It's not enough to be not racist': German president calls for more self-criticism on racism 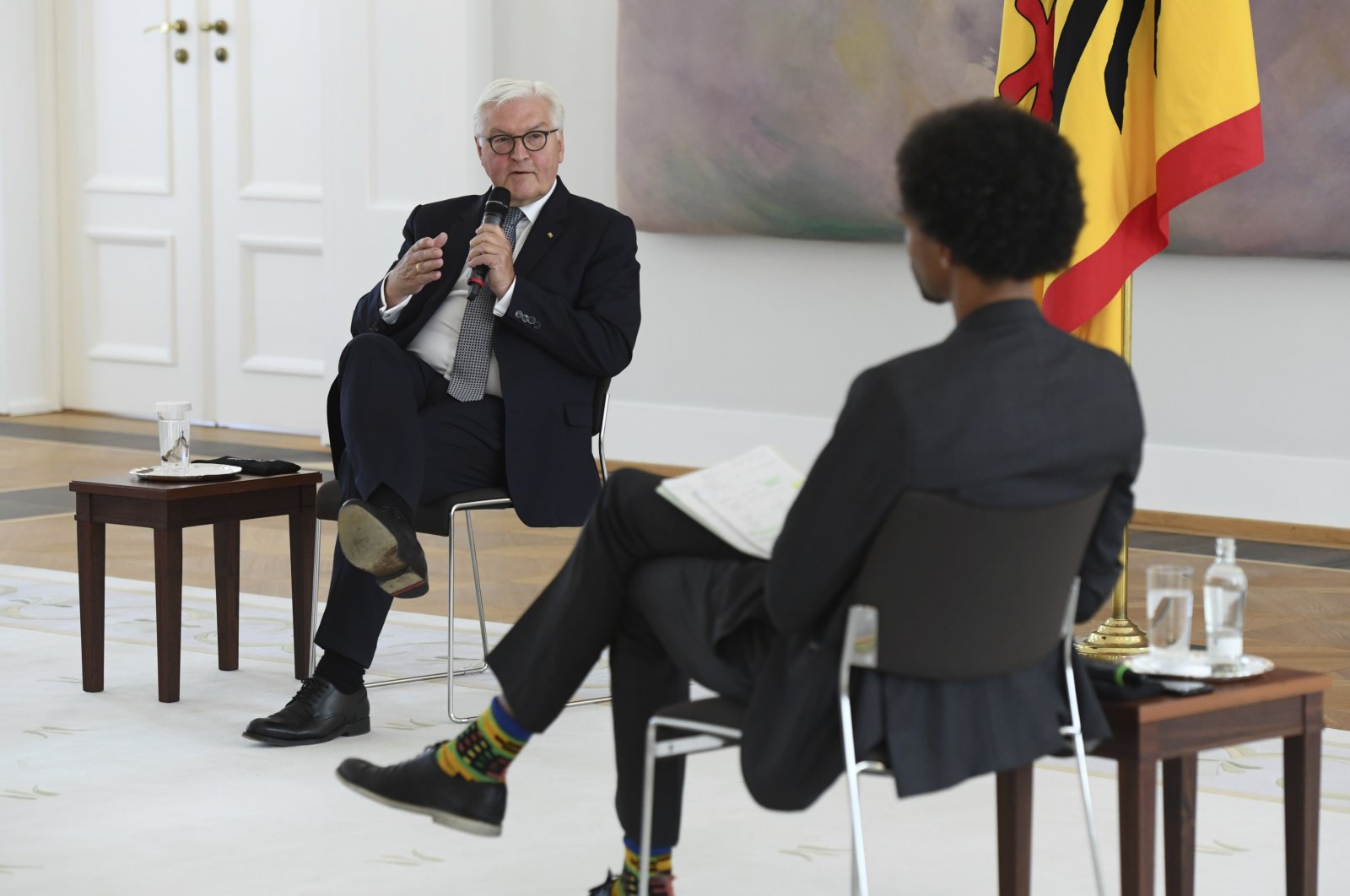 Federal President Frank-Walter Steinmeier (L) talks to his guest Daniel Gyamerah, head of the "Advocating for Inclusion" department of the Berlin-based think tank "Citizens for Europe," during a discussion round on experiences of racism and discrimination at Bellevue Palace, Berlin, June 16, 2020. (AP Photo)
by ASSOCIATED PRESS
Jun 16, 2020 3:54 pm

Germany’s president urged his compatriots on Tuesday to be more self-critical and active in combating racism, arguing that it makes no sense to lament the death of George Floyd at the hands of an American police officer but ignore racism at home.

Germany’s official anti-discrimination watchdog said last week that it received 1,176 complaints about racism in 2019, an increase of 10% from the previous year. They made up about a third of all complaints received by the agency.

There have been several sizeable anti-racism protests in Germany in the wake of Floyd’s May 25 death in Minneapolis.

"As much as we look with concern at the United States, we cannot lament the death of George Floyd and keep quiet about racism in our own country,” President Frank-Walter Steinmeier said at a discussion in Berlin on experiences of racism. "It is not enough to be ‘not racist.’ We must be anti-racist.”

"Germany is not always and everywhere a hotbed of tolerance,” Steinmeier said. "People are excluded, attacked and threatened here too because some characteristic identifies them as a member of a minority: because they have dark skin, wear a yarmulke, pray in the mosque or simply look different to the majority.”

"Racism requires taking positions against it, talking against it, action, criticism and – perhaps the most difficult thing – self-criticism, self-evaluation,” Steinmeier said. "Anti-racism must be learned, practiced and lived.”

He said a discussion about whether to remove the word "race” from Germany’s constitution is "legitimate.”

Some lawmakers and activists say that using the term supports the discredited notion of separate human races. Article 3 of the German constitution states that "no person shall be favored or disfavored because of sex, parentage, race, language, homeland and origin, faith or religious or political opinions.”