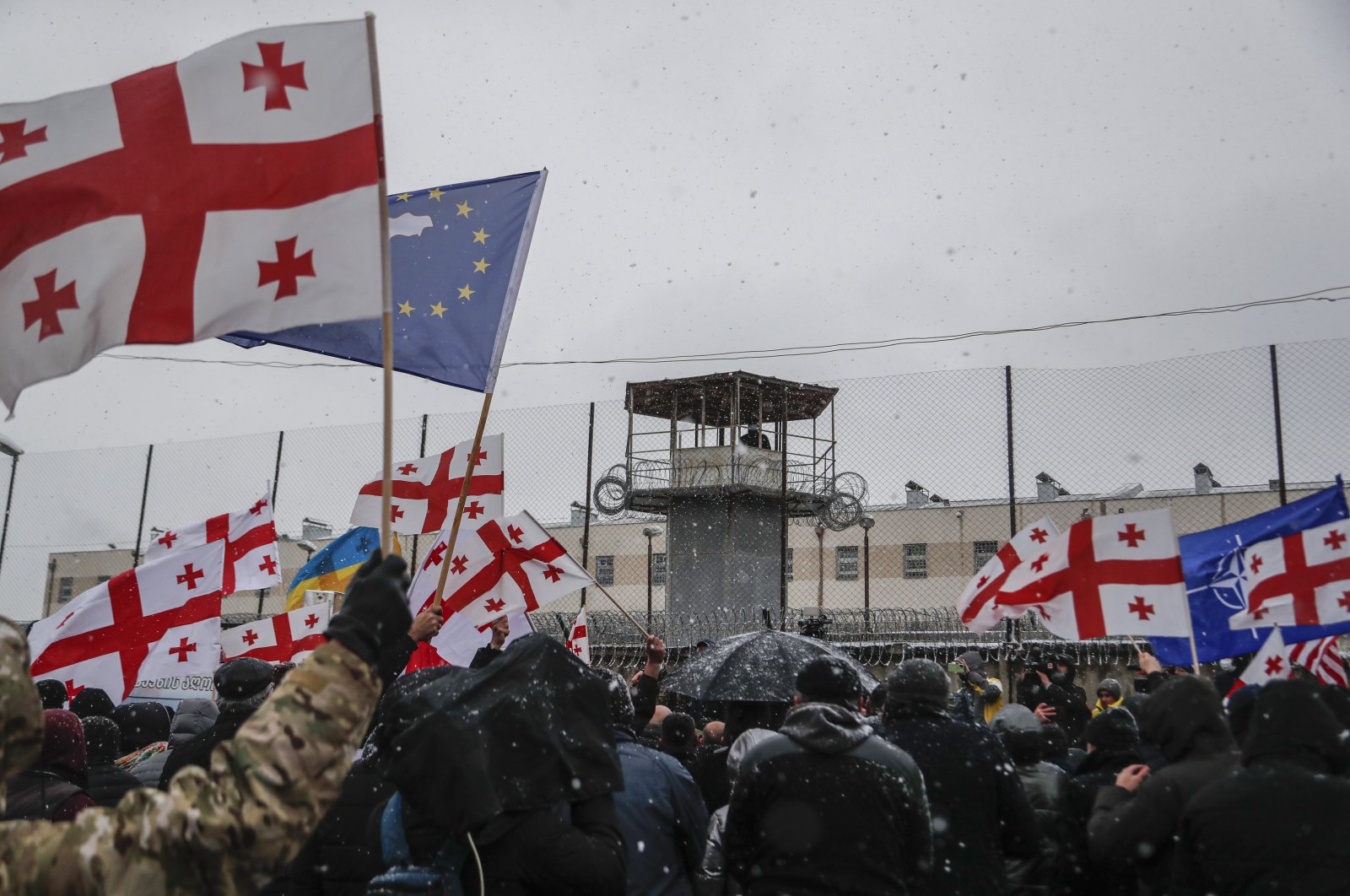 Hundreds of supporters of Georgia's imprisoned opposition leader rallied Wednesday outside his jail as a political crisis in the Western-backed country showed few signs of abating.

Georgia has been in the grips of a crisis since parliamentary elections in October that opposition parties slammed as rigged after the ruling party, Georgian Dream, claimed a narrow victory.

A motorcade with hundreds of Melia's supporters arrived in the southeastern town of Rustavi where they staged a rally outside his jail to express solidarity with the imprisoned politician.

"We are here to express solidarity with Nika," Zaal Udumashvili, a UNM leader, told journalists.

"Protests will continue until all political prisoners are liberated and snap polls are called," he added.

Opposition parties have said the parliamentary elections in October were fraudulent and have refused to enter new parliament and demanded fresh polls.

The standoff took on a dangerous new dimension on Tuesday when police used tear gas in a raid on the UNM headquarters to arrest Melia.

Melia, a charismatic 41-year-old politician who has united Georgia's traditionally divided opposition forces against the ruling party, has denounced as politically motivated his prosecution on charges of "organizing mass violence" during anti-government protests in 2019.

Melia's lawyer Giorgi Kondakhishvili said he was awaiting a court decision on the possibility of appealing against his client's detention.

The United States has led a chorus of international condemnation of Melia's arrest and called on Georgian leaders to de-escalate the crisis.

Last week Georgian police in the capital Tbilisi clashed with opposition activists, a day after the prime minister in the South Caucasus country resigned, the Sputnik Georgia news outlet reported.