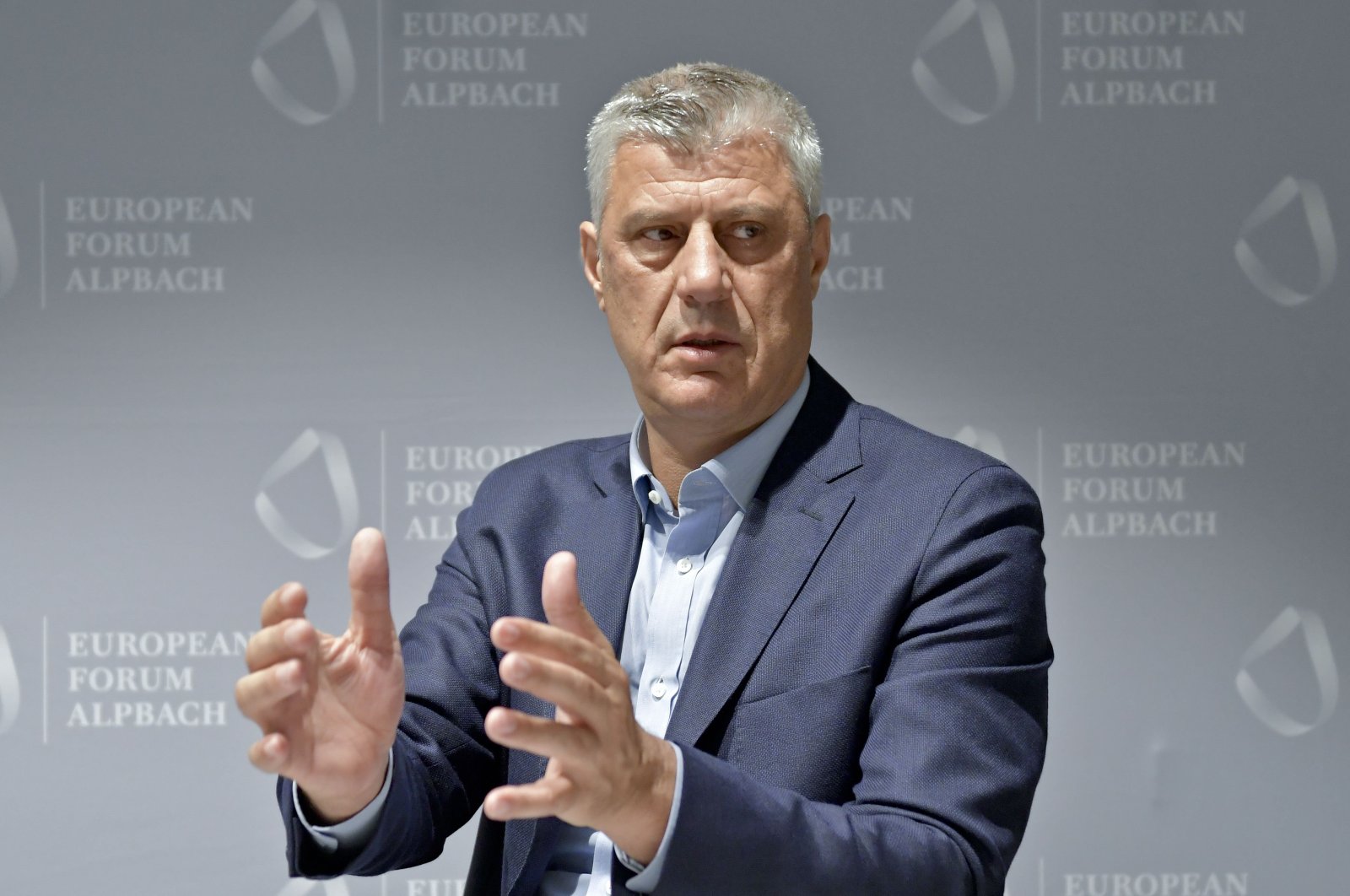 Kosovo's President Hashim Thaci, a guerrilla leader during Kosovo's war for independence from Serbia in the 1990s, resigned Thursday in order to face charges for war crimes and crimes against humanity at a special court based in The Hague.

"We are a freedom-loving people and not vengeful," the 52-year-old Thaci said at a news conference in Pristina, Kosovo’s capital. "That is why no claim may rewrite history. Kosovo has been the victim. Serbia has been the aggressor.”

He said he was taking the step "to protect the integrity of the presidency of Kosovo."

Thaci was indicted by a Kosovo court based in The Hague which was set up to try alleged crimes of former ethnic Albanian rebel leaders during their war for independence from Serbia in 1998-99 and later.

A spokesperson for the prosecutor in The Hague told The Associated Press (AP) that he had no comment on Thaci's announcement.

Thaci is one of several politicians who have been indicted for crimes during the late 1990s conflict. Among them is also a former parliament speaker, Kadri Veseli, who also said that he has been issued an indictment by a pre-trial judge and that he planned to travel to the The Hague on Thursday.

Three other former commanders of the Kosovo Liberation Army (KLA) that fought for independence from Serbia have been charged with war crimes by the court and an associated Special Prosecutor’s Office established five years ago.

Exact details of the 10-count indictment against Thaci, Veseli and others have not ben released.

Announcing the existence of the indictment earlier this year, the Specialist Prosecutor’s Office alleged that Thaci and others were "criminally responsible for nearly 100 murders.”

Kosovo declared independence in 2008, but Serbia still refuses to recognize the move and is blocking Kosovo from international organizations.