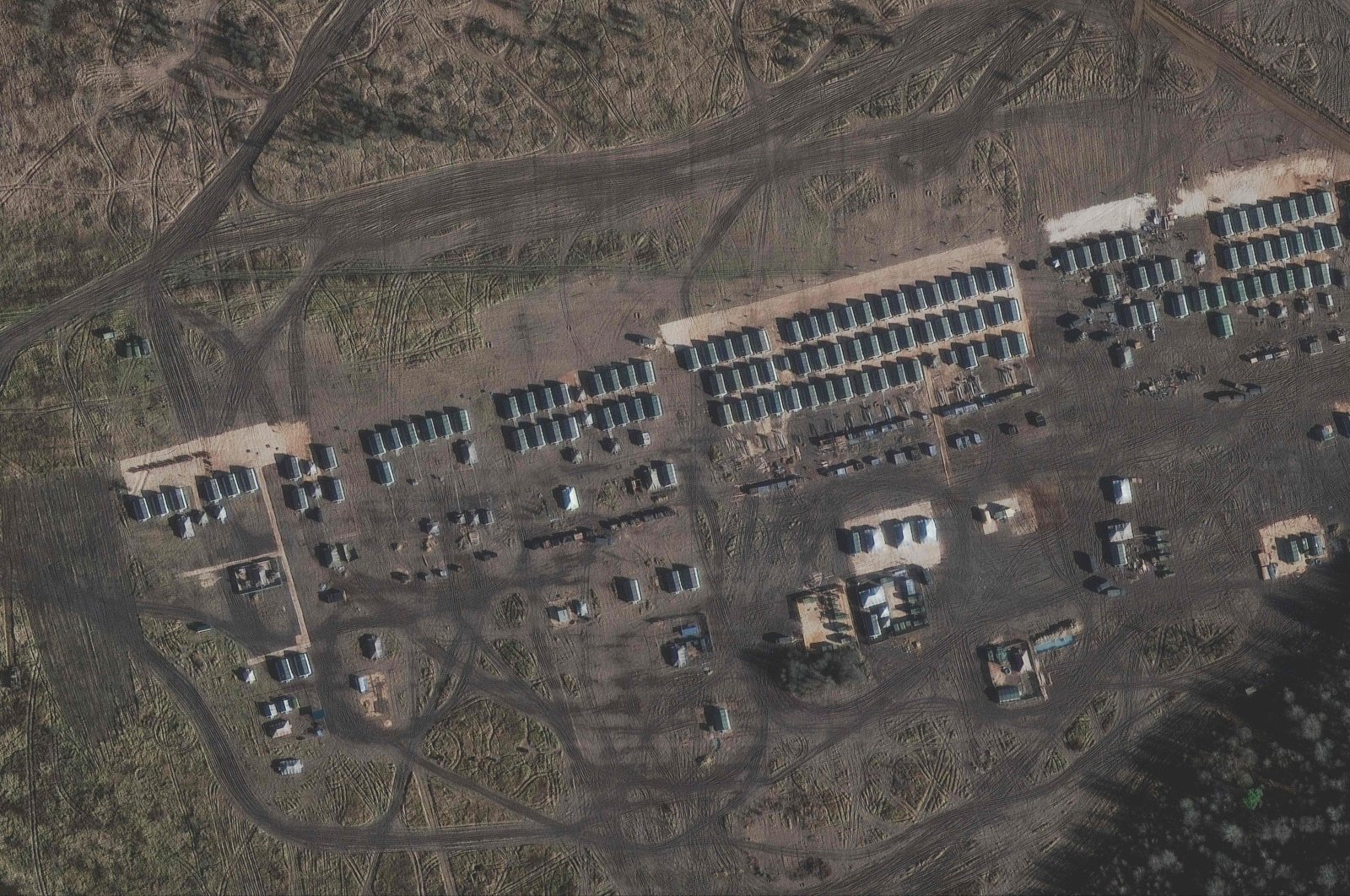 This handout satellite image released by Maxar Technologies and taken on Nov. 1, 2021, shows troop tents and an administrative area amid the presence of a large number of ground forces deployed on the northern edge of the town of Yelnya, Smolensk Oblast, Russia. (Satellite image ©2021 Maxar Technologies / AFP)
by REUTERS Nov 03, 2021 2:22 pm
RECOMMENDED

Russia has left military units near the Ukrainian border after exercises, with the number of Russian troops in the area now totaling 90,000, the Ukrainian Defense Ministry said.

Russian armed forces recently held a series of large-scale drills, including with airborne troops, the ministry said late Tuesday. After the training, units of the 41st Army stayed behind, about 260 kilometers (160 miles) from the Ukrainian border, it said.

"It should be noted that the Russian Federation periodically resorted to the practice of transferring and accumulating military units in order to maintain tensions in the region and political pressure on neighboring states," the ministry said.

This spring, Moscow alarmed Kyiv and Western capitals by building up more than 100,000 troops along the border with Ukraine, though it later ordered them back to base.

The Ukrainian Defense Ministry Monday denied a media report that Russia was building up troops at the border, saying it had not observed an increase in forces or weaponry.

"Based on a review of recent satellite images, the equipment – which includes tanks, armored personnel carriers, self-propelled artillery and associated support equipment – likely began arriving in the area in late September," Maxar said in an emailed comment.

The Kremlin rejected that report and Wednesday said that Russia maintains a military presence on its own territory where it considers it necessary.

Relations between Kyiv and Moscow have plummeted since 2014 when Russia annexed Ukraine's Crimea peninsula and a war broke out between Ukrainian troops and Russian-backed separatist forces in eastern Ukraine, which Kyiv says has killed 14,000 people.