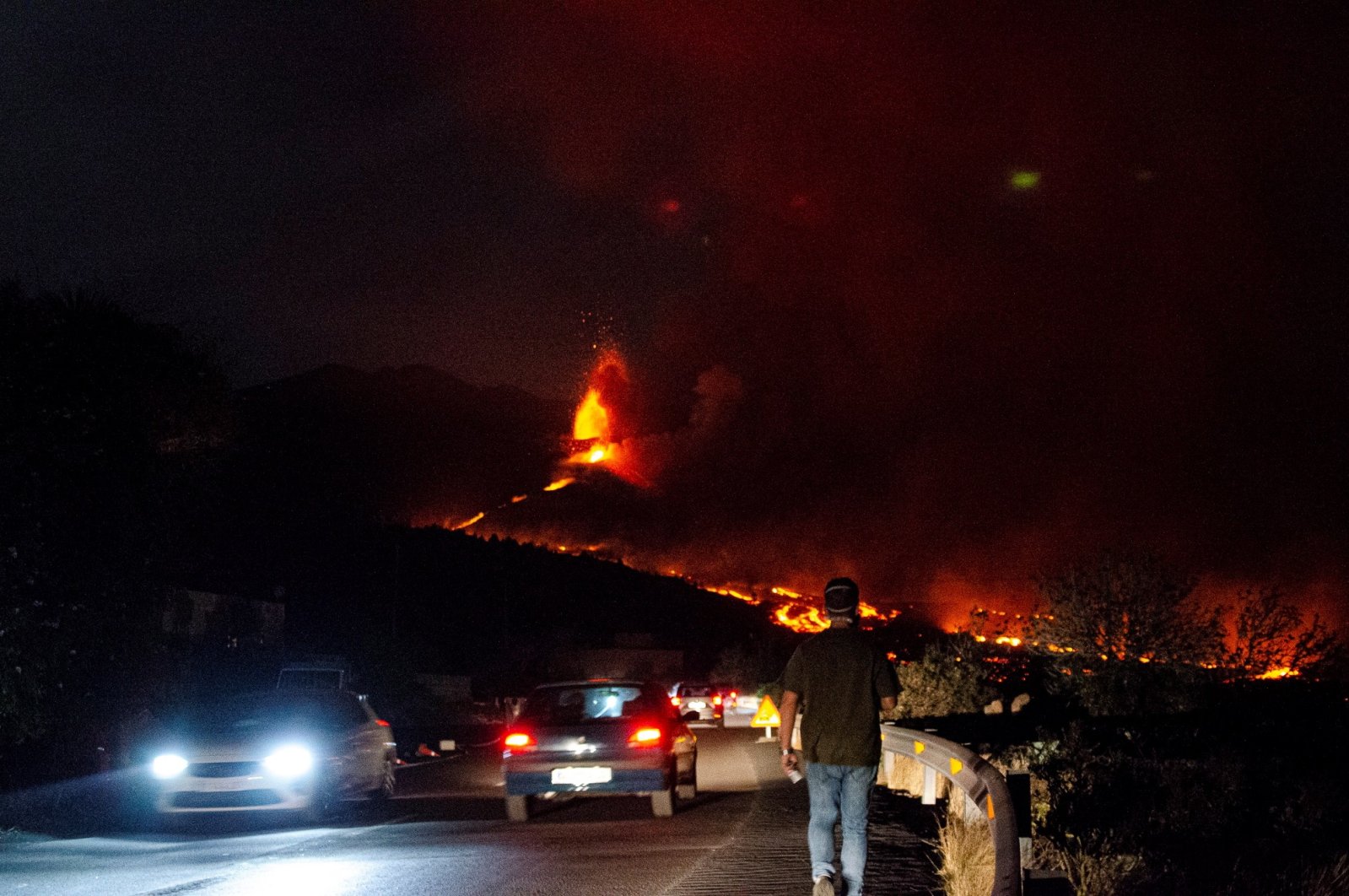 The lava flowing from the volcano on La Palma continued to inch dangerously close to the village of La Laguna Wednesday.

The lava, which reaches temperatures of up to 1,270 degrees Celsius (2,318 degrees Fahrenheit), came very close to the center of the village as it flowed toward the sea, state television station RTVE and other media reported, citing the authorities.

The village's 1,650 inhabitants were evacuated last week as a precautionary measure.

Depending on which way the lava flows, it may destroy not only hundreds of homes but also a historic church and the community's school, according to the head of the Pevolca emergency committee, Miguel Angel Morcuende.

He said people were still hoping that the lava would flow south of La Laguna and bypass its center.

The lava hit a petrol station and a supermarket outside La Laguna, he said. The Canary Islands' volcanological institute posted images of the destruction on Twitter.

The volcano, which has no official name, began to erupt on Sept. 19 for the first time in 50 years – and there seems to end in sight. Since then, lava has destroyed almost 2,000 buildings, with 800 hectares of the island now covered in a meter-thick layer of lava. Some 7,000 residents have been evacuated from their homes.