'No end in sight': 4th week of volcano eruption on Spain's La Palma 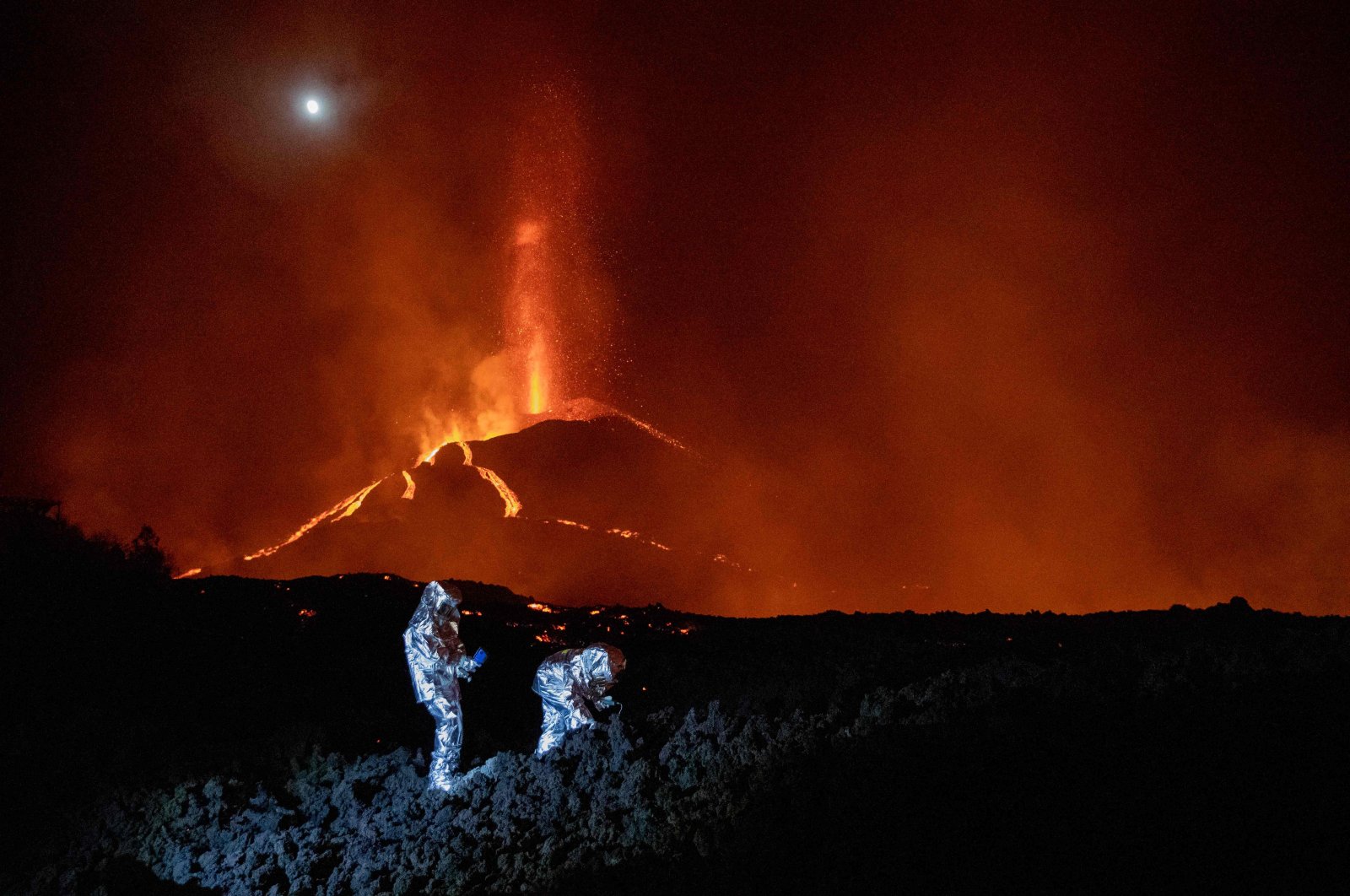 Members of the Spanish Military Emergency Unit (UME) monitor the evolution of a new lava flow from the erupted Cumbre Vieja volcano, on the Canary island of La Palma, Spain, Oct. 16, 2021. (UME via AFP)
by Reuters Oct 17, 2021 6:03 pm
RECOMMENDED

Four weeks since it began, the volcanic eruption on the Spanish island of La Palma is showing no signs of abating, the president of the Canary Islands said Sunday, highlighting the uncertainty of the catastrophe that has caused chaos on the isle.

There were 42 seismic movements on the island on Sunday, the largest of which measured 4.3, according to the Spanish National Geographical Institute.

"There are no signs that an end of the eruption is imminent even though this is the greatest desire of everyone," President Angel Victor Torres said at a Socialist party conference in Valencia, citing the view of scientists who he said have been monitoring the eruption since it began.

Streams of lava have laid waste to more than 742 hectares (1833 acres) of land and destroyed almost 2,000 buildings on La Palma since the volcano started erupting on Sept. 19.

About 7,000 people have been evacuated from their homes on the island, which has about 83,000 inhabitants and forms part of the Canary Islands archipelago off northwestern Africa.

"We are at the mercy of the volcano," Torres told reporters. "It’s the only one who can decide when this ends."

Airline Binter said it had canceled all its flights to La Palma on Sunday because of ash from the volcano.

"Due to the current situation of the ash cloud, operations with La Palma will continue to be paralyzed throughout today. We continue to evaluate the situation," the airline tweeted.

Almost half – 22 out of 38 – of all flights to the island on Sunday have been canceled, state airport operator Aena said, but the airport there remains open.

The island lives mainly from tourism and banana plantations. The government has pledged millions of euros (dollars) to help rebuild damaged infrastructure.