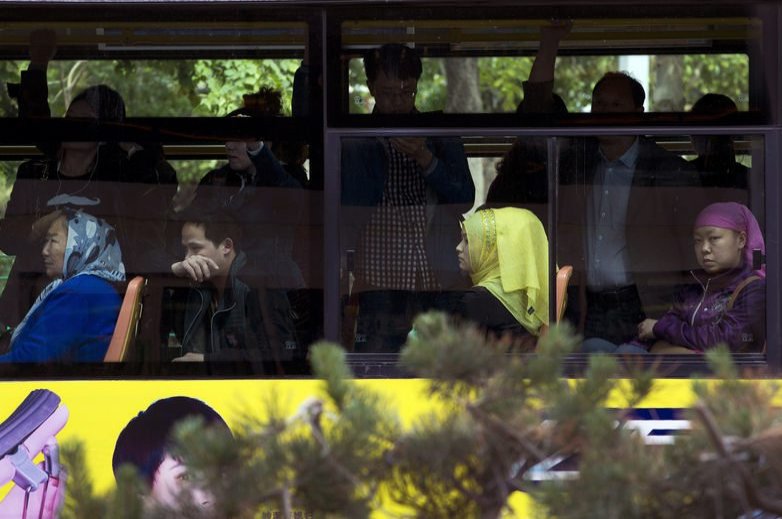 Large brands such as H&M, Uniqlo, Muji and Ikea have all been named in a document submitted to the British government last week setting out the legal case for the country’s customs authority to ban all cotton products originating from the Xinjiang region of China.

According to The New Arab, the 60-page submission made by Global Legal Action Network (GLAN), together with the World Uyghur Congress (WUC) activist group, comes amid growing concerns that Uighur Muslims are being transferred to factories across China to replace workers sent home amid coronavirus lockdown measures.

Over the course of the COVID-19 pandemic, pictures and videos have emerged purporting to show uniformed Uighur workers being transferred from internment camps to factories across the country.

Reports of members of the Uighur Muslim minority being detained in "re-education" camps first emerged in 2016, with the U.N. Human Rights Council since confirming the credibility of reports that more than a million Uighurs are being held in confinement across Xinjiang. Uighur activists claim many have disappeared or been killed in the camps, while others are pressed into forced labor.

Xinjiang's Uighur detainees "serve as a key labor force in every link of China's cotton value chain, from cotton field reclamation to planting, harvesting, processing and garment production," concluded a report from the Citizen Power Institute (CPI) cited in the document, which argues that the forced labor was on such a scale that current imports "violate U.K. laws, including 19th-century legislation prohibiting the importation of prison-made goods, and should be halted by the U.K.'s customs authorities."

"The Chinese government is committing cultural genocide. Enforcing labor in Chinese factories is another way to make Uighurs forget their home and their religion," Rahima Mahmut, U.K. project director for the WUC, told The New Arab, adding: "We are calling on the U.K. government to take a practical approach to make China accountable for its crimes against the Uighur people."

The concerns have not prevented some of the U.K.'s most popular high-street chains from importing cotton from Xinjiang. As part of advertising for a range of shirts, Uniqlo once boasted that cotton from the region was "famous for its superb quality." The authors of the submission further claimed to have purchased a Muji shirt labeled as being made of Xinjiang cotton in a London store in February this year, while Ikea and H&M have both previously admitted sourcing cotton from the area.

"We've been thinking about our Uighur friends this week in particular as Ramadan gets started," said Sophie Richardson, the China director at Human Rights Watch, adding: "The idea that they do not even know where their families are, let alone celebrating the holidays with them is just excruciating."

A spokesperson for the U.K.'s customs authority responded to the document by saying: "We will consider the evidence submitted."