Lawmakers refusing to wear masks cause uproar in Czech parliament 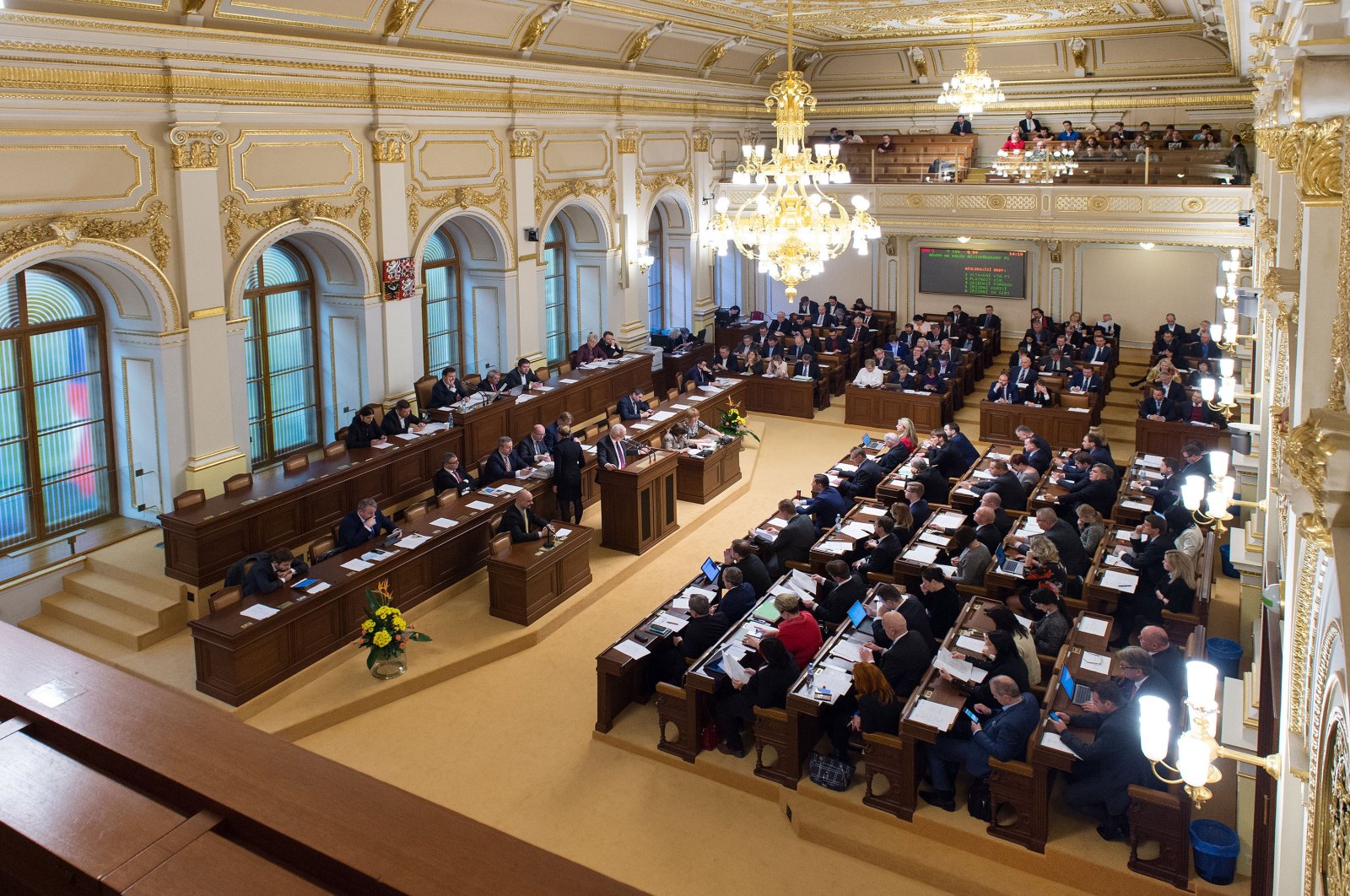 Two right-wing lawmakers have caused an uproar for refusing to wear masks in the Czech Parliament.

Lubomir Volny and Marian Bojko were initially admonished for refusing to cover their mouth and nose in the Chamber of Deputies, the CTK agency reported on Tuesday. When they did not respond, Parliamentary Speaker Radek Vondracek expelled the two opposition politicians from the chamber, accusing them of being deliberately provocative. Stewards escorted the two to the door.

Volny already has to appear before the disciplinary committee for another incident. He had had a scuffle – without a mask – with the president of the meeting over the microphone. Volny is the leader of the right-wing "United-Alternative for Patriots" movement and a vehement opponent of the measures imposed to control the spread of the coronavirus.

In the Chamber of Deputies in Prague, covering the mouth and nose is compulsory throughout the building – even at the lectern – because of the COVID-19 pandemic. The Czech Republic has been hit hard by the crisis. On Tuesday, the authorities reported 7,663 new COVID-19 cases within 24 hours.

The Czech Republic, a country of 10 million, has recorded over 1 million infections and seen more than 17,600 confirmed virus deaths. The country's Prime Minister Andrej Babis visited Serbia on Wednesday to find out more about the Balkan nation's mass inoculation program with Chinese and Russian vaccines that have not yet been approved by the European Union's drug regulator. Babis has been seeking vaccines outside the EU’s common program after deliveries from EU-approved Western drug companies have been delayed. With a team of experts, Babis last week also visited Hungary, which has been the first EU country to give a green light to the Russian vaccine.

"I have been trying to gather as much information about other vaccines that have not been approved,” Babis said in Belgrade after meeting with Serbian Prime Minister Ana Brnabic. Babis told reporters before the trip that the Czech Republic is not ready to use the Russian Sputnik V vaccine before it wins the EU nod from the European Medicines Agency (EMA). He said in Belgrade on Wednesday that his EU nation wants to be "ready” once the approval comes in.