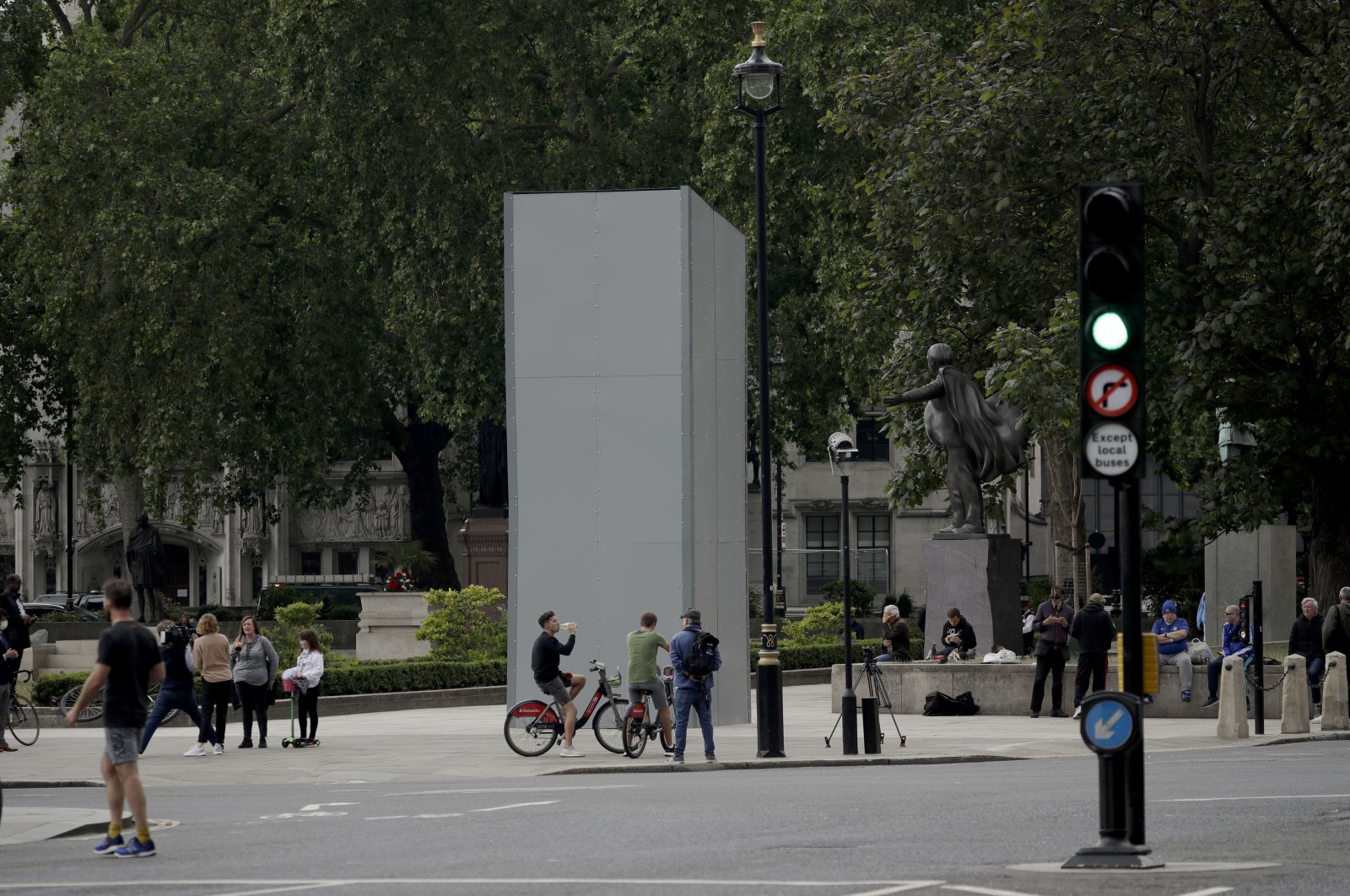 Authorities in London boarded up a war memorial and a statue of wartime Prime Minister Winston Churchill ahead of expected rival demonstrations by anti-racism and far-right protesters, as the city’s mayor urged protesters Friday to stay home because of the coronavirus pandemic.

Monuments have become major focuses of contention in demonstrations against racism and police violence after the May 25 death of George Floyd, a black man who died after a white Minneapolis police officer pressed a knee to his neck.

A statue of slave trader Edward Colston was hauled from its plinth by protesters in the English port city of Bristol on Sunday and dumped in the harbor.

Several other statues have been defaced during mass protests around the country, including Churchill’s, which was daubed with the words “was a racist.” Police now fear far-right groups plan to seek confrontation under the guise of protecting statues.

Prime Minister Boris Johnson, who cites Churchill as a personal hero, said it was “absurd and shameful” that his statue was “at risk of attack by violent protesters.”

Churchill, who was Britain’s prime minister during World War II and again during 1951-55, is revered by many in the U.K. as the man who led the country to victory against Nazi Germany. But he was also a staunch defender of the British Empire and expressed racist views.

In a series of tweets, Johnson said that Churchill “sometimes expressed opinions that were and are unacceptable to us today, but he was a hero, and he fully deserves his memorial.”

He said tearing down statues would be to “censor our past” and “lie about our history.”

Johnson has repeatedly declined to apologize for his own past offensive statements. He has called Papua New Guineans cannibals, used the derogatory term “piccaninnies” to refer to members of the Commonwealth and compared Muslim women who wear face-covering veils to “letter boxes.”

Anti-racism protests in Britain have been predominantly peaceful, though small groups have scuffled with the police and thrown projectiles near Parliament and the prime minister’s residence in London.

The toppling of Colston’s statue in Bristol has reinvigorated calls for the removal of other monuments to figures associated with imperialism and racism. Authorities this week removed a statue of slave owner Robert Milligan from its perch in London’s docklands, and campaigners in Oxford are pressing for a likeness of Victorian imperialist Cecil Rhodes to be withdrawn from view at Oxford University.

At Cambridge University, environmental protesters from Extinction Rebellion defaced a memorial window honoring geneticist and statistician Ronald Fisher, a proponent of eugenics, with the words “Eugenics is genocide. Fisher must fall."

With more demonstrations expected over the weekend, a protective plywood screen was erected around Churchill’s statue outside Parliament. Authorities also fenced off other statues in Parliament Square, including memorials to Nelson Mandela and Abraham Lincoln, as well as the nearby Cenotaph, a memorial to Britain’s war dead.

A Black Lives Matter group in London said it was calling off a planned protest on Saturday because the presence of far-right activists would make it unsafe, though some anti-racism demonstrators are still likely to gather. Another anti-racism protest Friday looked set to go ahead.

Authorities have urged protesters not to gather because of the continued risk of spreading the coronavirus. Gatherings of more than six people are currently barred in England, though police have allowed previous demonstrations to take place.

London Mayor Sadiq Khan said he was “extremely concerned that further protests in central London not only risk spreading COVID-19, but could lead to disorder, vandalism and violence.”

He said far-right groups planned to “provoke violence, and their only goal is to distract and hijack this important issue.

“Staying home and ignoring them is the best response this weekend.”