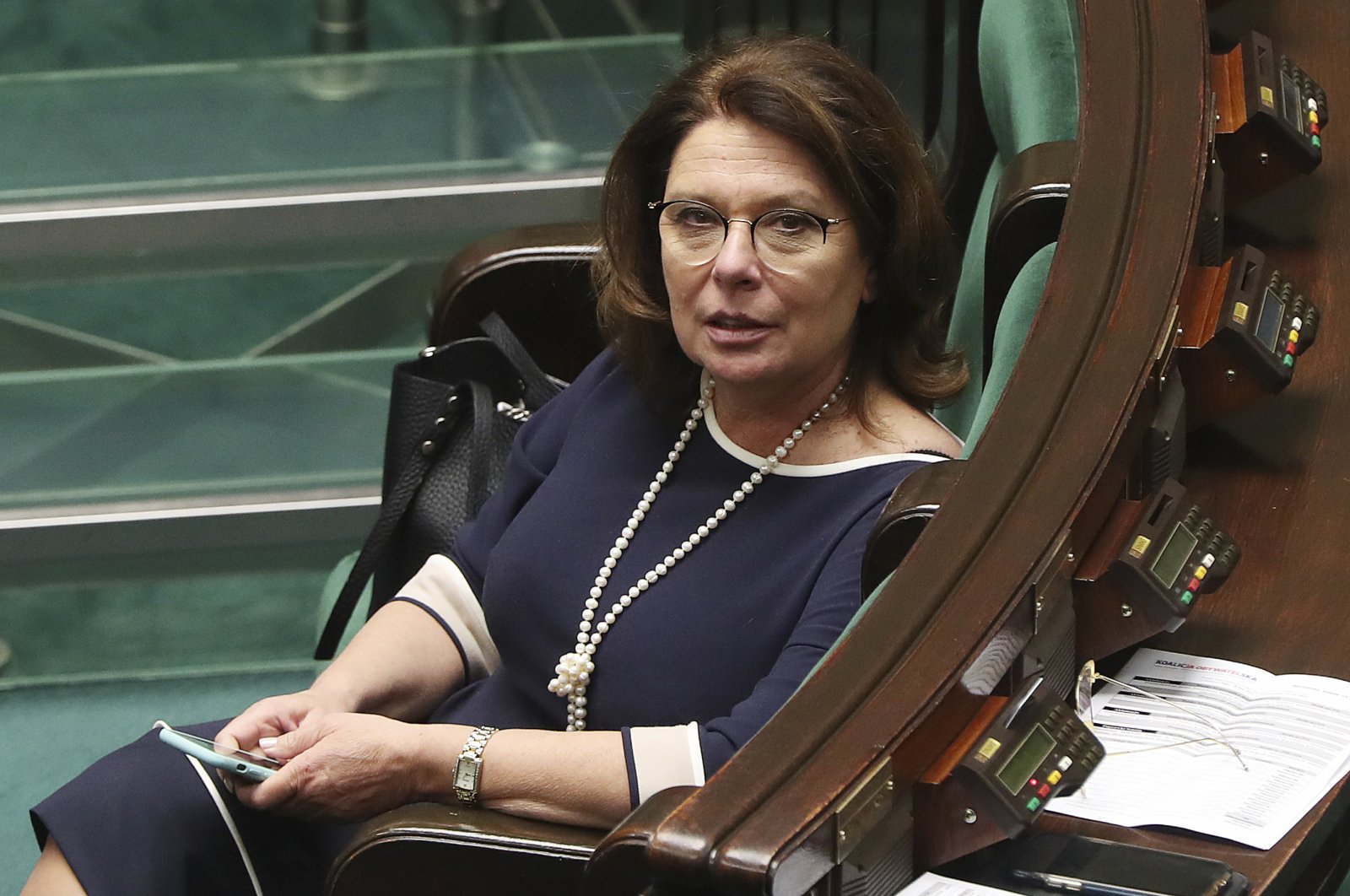 Malgorzata Kidawa-Blonska who was the main opposition candidate in Poland's presidential election resigned Friday after she lost almost all support when she called for a boycott of the election in the middle of the COVID-19 pandemic, May 14, 2020. (AP Photo)
by French Press Agency - AFP May 15, 2020 12:54 pm
RECOMMENDED

The main Polish opposition party's candidate for president withdrew Friday from a chaotic race delayed by the coronavirus epidemic, triggering talks to replace her.

The liberal Civic Platform (PO) was expected to name a replacement for Malgorzata Kidawa-Blonska later on Friday, with Warsaw Mayor Rafal Trzaskowski and MEP Radoslaw Sikorski, also a former foreign minister, among the favorites.

"I won't take part in this election," Kidawa-Blonska, told reporters in parliament, where she is the deputy speaker.

"I'm responsible for my ratings falling because Poles didn't know whether or not I would take part in the election, but for me the most important was voters' health, safety and that Poland would remain a democracy," Kidawa-Blonska added.

Her popularity sank to the bottom of the ranking after she suspended her campaign and called for a boycott of the original May 10 election date, insisting that lives would be at risk should the ballot go ahead despite the coronavirus pandemic.

The election was postponed at the last minute when the government and opposition parties failed to agree on how to proceed under the coronavirus lockdown.

A new election date has not yet been set, and parliament is currently struggling to overcome a stalemate.

Backed by the governing Law and Justice (PiS) party, incumbent President Andrzej Duda has long been the election favorite, but polls suggest he can no longer count on a first-round victory as the pandemic-induced economic crisis bites.

They also insist that the way powerful PiS party leader Jaroslaw Kaczynski postponed the May 10 election date, via a political declaration, was illegal.

Constitutional experts say a government can only postpone an election by declaring a state of emergency or disaster, something the PiS administration has refused to do despite the unprecedented social and economic impact of the pandemic.

The PiS now wants the ballot to go ahead on June 28 or in early July before Duda's five-year term ends on Aug. 6.

The crisis comes within the broader context of long-standing European Union concerns about democratic standards in Poland.

The European Commission has launched four infringement procedures against PiS-authored judicial reforms, which it says test democracy and the rule of law by undermining judicial independence.