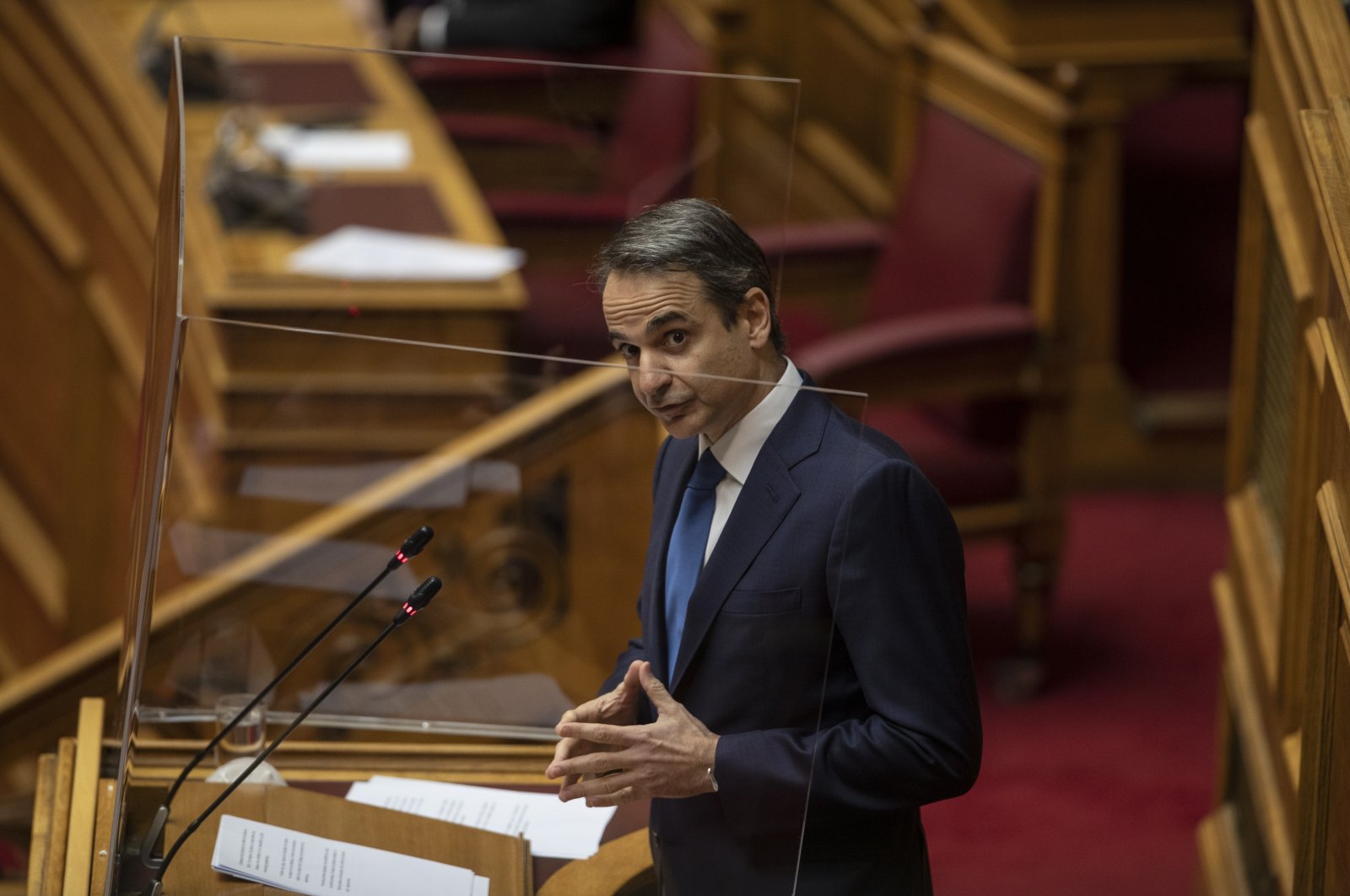 Sexual assault and harassment allegations have shaken Greece and the fire is raging close to the country's government.

Minister of Culture Lina Mendoni is facing growing calls from the opposition demanding she resign after two men accused the National Theatre of Greece's act director that she appointed of raping them when they were barely adults. The 56-year-old suspect, Dimitris Lignadis, was arrested Saturday and charged with rape. He has denied any wrongdoing but remains in police custody.

Opposition parties have demanded that Greece's Prime Minister Kyriakos Mitsotakis replace Mendoni over the alleged scandal. The leader of the left-wing Syriza party, Alexis Tsipras, said Tuesday that the country's prime minister, should “do the obvious, even at this late stage, and relieve Mendoni of her ministerial duties.”

“And he should apologize to the victims and the Greek people for his government’s mistakes,” Tsipras said, while Mitsotakis said he supported Mendoni and accused opposition leader Tsipras of trying to use the scandal for "populist" purposes.

“I don’t see anything the opposition did when it was in power to express what it now says, that Lignadis is a dangerous man,” Mendoni said during a news conference last week referring to the accused theater director. “He is a dangerous man, he is, but that is only apparent now,” she said, adding that Lignadis worked in other senior positions at the National Theatre under Syriza.

Mitsotakis on Thursday promised sweeping changes to the country's laws and labor regulations to combat sexual abuse and misconduct in the wake of another assault allegation made by Olympic sailing champion Sofia Bekatorou that has prompted more cases and triggered nationwide debate.

Speaking in parliament, the conservative leader said the government will introduce tougher sentencing guidelines, propose changes to statute-of-limitations rules for cases involving minors and create a dedicated government agency to deal with abuse claims in workplaces and organized youth activities.

Multiple cases of alleged sexual misconduct and abuse have been made public since former Olympian Bekatorou alleged she was sexually assaulted by a national sailing federation official in 1998.

The people coming forward with accusations include other athletes, current and former university students and stage actors. Mitsotakis said reports that unaccompanied minors were vulnerable to abuse at migrant camps on Greek islands also motivated him to take action.

"There were children at the camps ... and in Greek cities that were being exploited for sex for 5 and 10 euros ($6 and $12),” the prime minister told lawmakers. He noted that children and teenagers traveling alone no longer live at the island camps or are held in police cells for protection as they have supervised, separate living quarters.

The reports include a 51-page document from the Francois-Xavier Bagnoud Center for Health and Human Rights at Harvard University in 2017 that said, citing camp informants, there were serious indications of child abuse at Greek migrant camps.