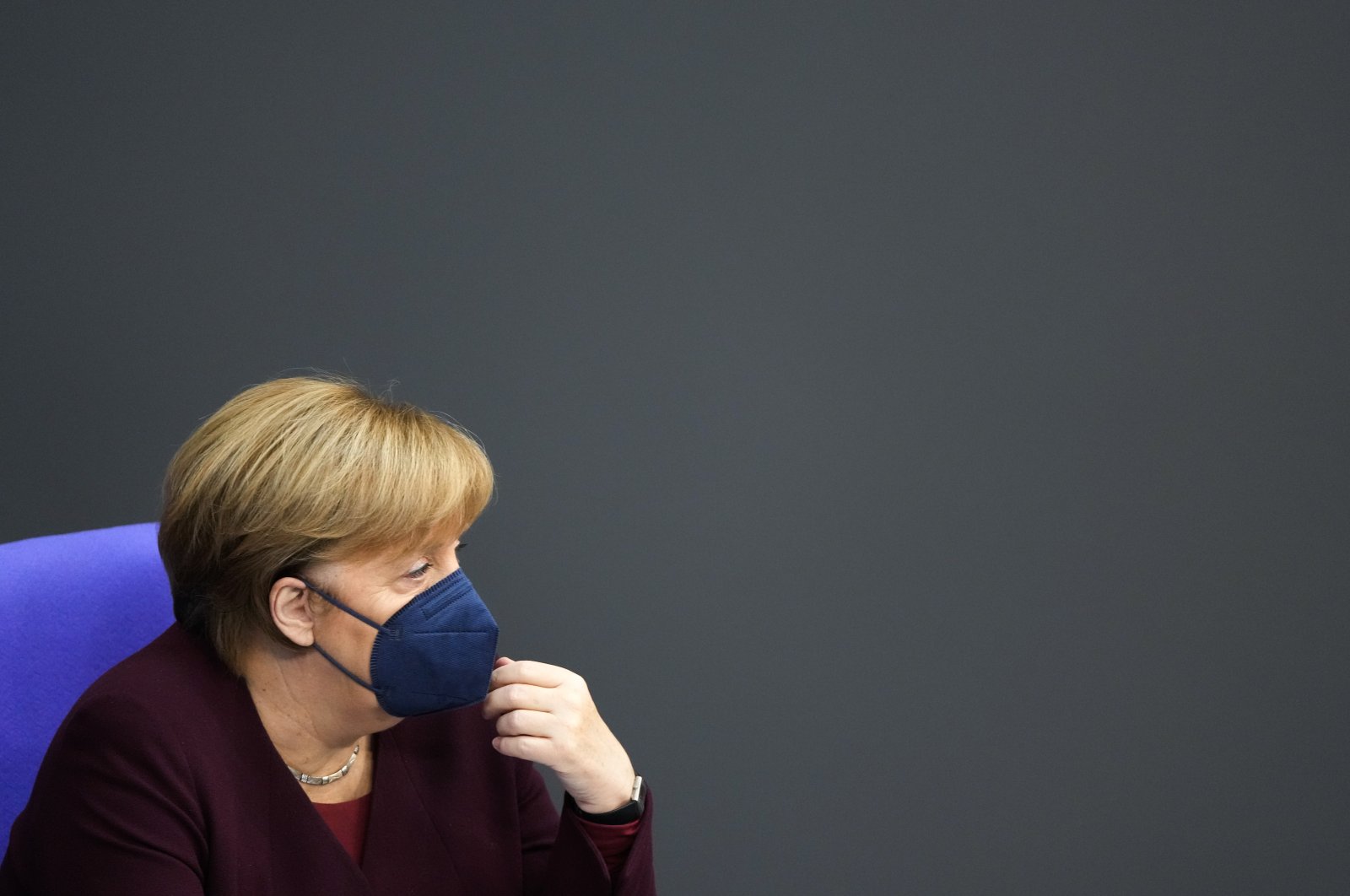 German Chancellor Angela Merkel described the country's coronavirus situation as dramatic on Wednesday, as she called for a push to faster distribute booster shots and appealed to those skeptical of vaccination to change their minds.

Germany reported 52,826 new infections on Wednesday – a jump of a third compared with a week ago and another daily record – while 294 people died, bringing the total to 98,274, as the pandemic's fourth wave tightened its grip on Europe.

"It is not too late to opt for a first vaccine shot," Merkel told a congress of German city mayors. "Everyone who gets vaccinated protects himself and others. And if enough people get vaccinated that is the way out of the pandemic."

Only 68% of people in Europe's most populous country are fully vaccinated – lower than the average in western Europe due to a tradition of vaccine hesitancy, while 5% of the population has had a booster shot.

Merkel, governing in a caretaker capacity during negotiations to form a coalition government after an election in September, said there needs to be a national effort to get mass distribution of vaccine booster shots underway. She also appealed to federal and regional leaders meeting on Thursday to introduce a measure that would trigger tighter restrictions based on the number of infected people who have to go to hospital in a week.

Germany has enough doses for a booster campaign, in part because it has delayed plans to donate vaccines to the COVAX facility that distributes them to poorer countries, Health Minister Jens Spahn said, calling on doctors not to be too strict about waiting at least six months before giving patients vaccine booster shots.

The Social Democrats, Greens and Free Democrats, who are negotiating to form the next government, are set to propose a range of measures to fight the pandemic in a draft law set to be voted on in parliament on Thursday. They want to force people using public transport or attending workplaces to provide a negative COVID-19 test, or proof of recovery or vaccination.

Infections have shot up in recent weeks, particularly among unvaccinated people, with southern and eastern Germany the hardest hit. The district of Meissen, near Dresden, reported almost 1,305 new cases per 100,000 inhabitants in the past week.

The chairperson of Germany's vaccine commission, Thomas Mertens, has said a decision on whether to recommend a booster coronavirus jab to everyone under 70 would "not take long."

With many countries widely rolling out third booster shots and studies showing that the immunity gained from a vaccine shot reduces over time, the commission – known as the Stiko – has come under pressure to change its advice.

On Wednesday, Stiko will "discuss the ... updated recommendation, and that will not take long," Mertens said in an interview on public broadcaster ZDF on Tuesday evening.

So far, the committee recommends a booster vaccination for people over 70, among others. When asked, Mertens made it clear that the new recommendation could apply to people over 18 years old.

Stiko already advises people with immune system deficiencies, residents of nursing homes and staff in medical facilities and caregivers to have a booster shot. It has also said it makes sense to offer all others a booster vaccination in the medium term.

But a recommendation for the general population under 70 has not been forthcoming, even as the German government, state leaders and medical experts call for a broader booster campaign.

The week before last, the federal and state governments agreed to make booster vaccinations available for everyone, from six months after their last shot.

Only about 11% of those over 60 had received a booster vaccination so far, Mertens said. The problem at the moment is capacity – "the GPs are very much in demand at the moment," he said.

With coronavirus infection rates rising to record highs across Germany, individual states are not waiting for the approval of the federal government in Berlin to ramp up their restrictions.

Meanwhile, authorities in neighboring Austria have said travelers will need to show a negative PCR test upon entering the country; previously, results from the cheaper lateral flow tests were allowed.

The Alpine nation on Monday implemented a nationwide lockdown for unvaccinated people who haven't recently had COVID-19.