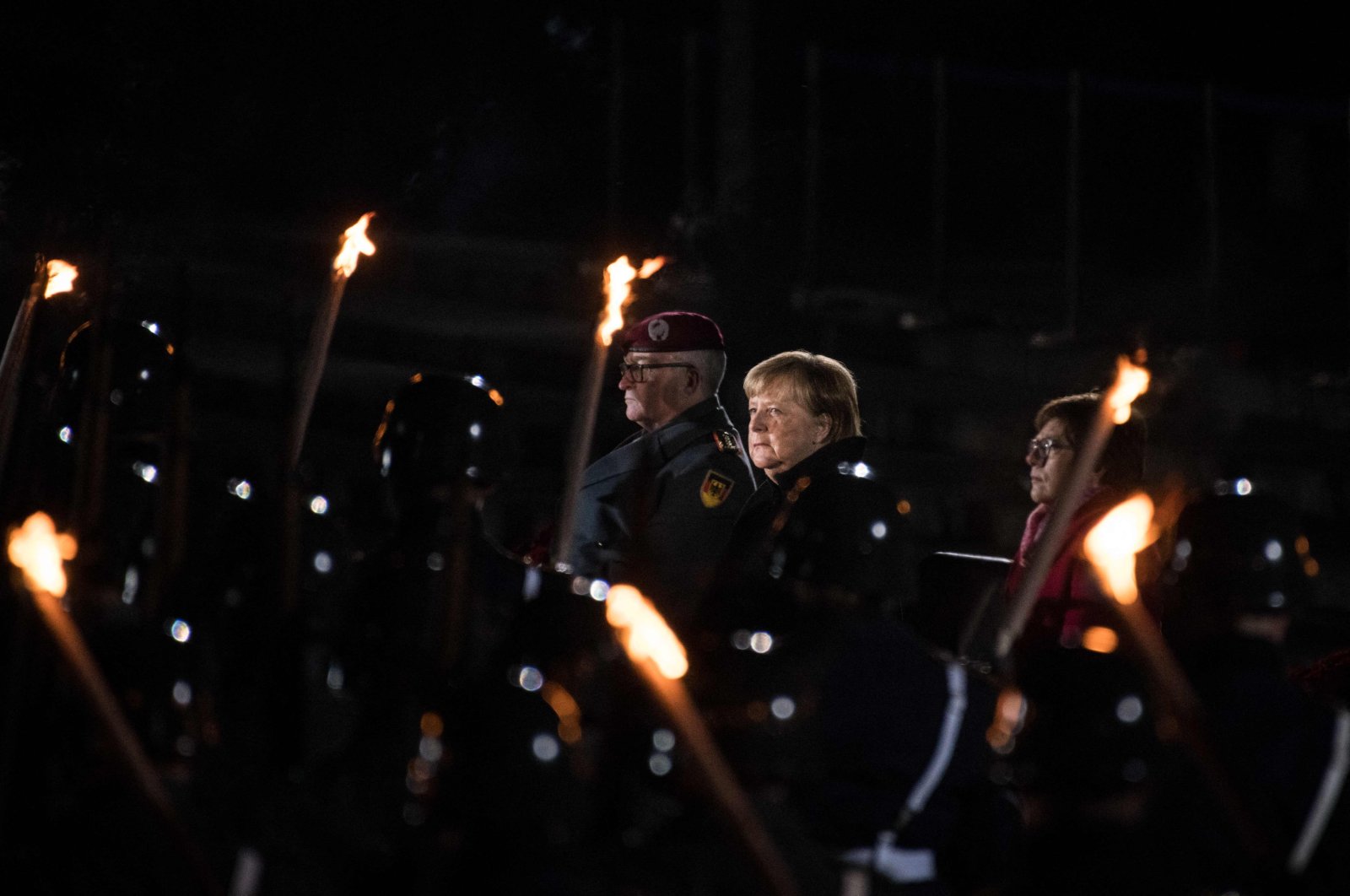 "Our democracy also lives from the fact that wherever hatred and violence are considered a legitimate means of asserting one's own interests, our tolerance as democrats must find its limit," Merkel said during a farewell military parade.

When it came to the incoming coalition government led by Social Democrat Olaf Scholz – who attended the ceremony – Merkel wished him and his administration "all the best, the best of luck, and much success."

The large military parade is considered the highest honor that the German armed forces can bestow on a civilian. The custom is used to honor not only chancellors but also presidents and defense ministers at their farewell ceremonies.

Due to the coronavirus pandemic, there was a much smaller number of guests than would normally be the case at such a ceremony. President Frank-Walter Steinmeier attended as the guest of honor, accompanied by his wife, Elke Buedenbender.

In addition to the hymn "Grosser Gott, wir loben Dich" (Great God, we praise you), the Bundeswehr staff music corps played the song "Du hast den Farbfilm vergessen" (You forgot the color film), with which the punk singer Nina Hagen had a hit in former East Germany in 1974. Merkel herself was brought up in the former East.

The parade's origins go back to the 16th century. The ceremony always takes place in the evening and consists of a procession, several pieces of music – including the national anthem – and the march out. Merkel took the opportunity to look back on the crises that defined her time in office, including the financial and economic crisis in 2008 and the refugee crisis in 2015.

These had made it clear to her, she said, "how indispensable international institutions and multilateral instruments are in order to be able to tackle the great challenges of our time – climate change, digitalization, flight and migration."

"The 16 years as federal chancellor were eventful and often very challenging years," she said. "They have challenged me both as a politician and a human being. And at the same time, they have always left me fulfilled."