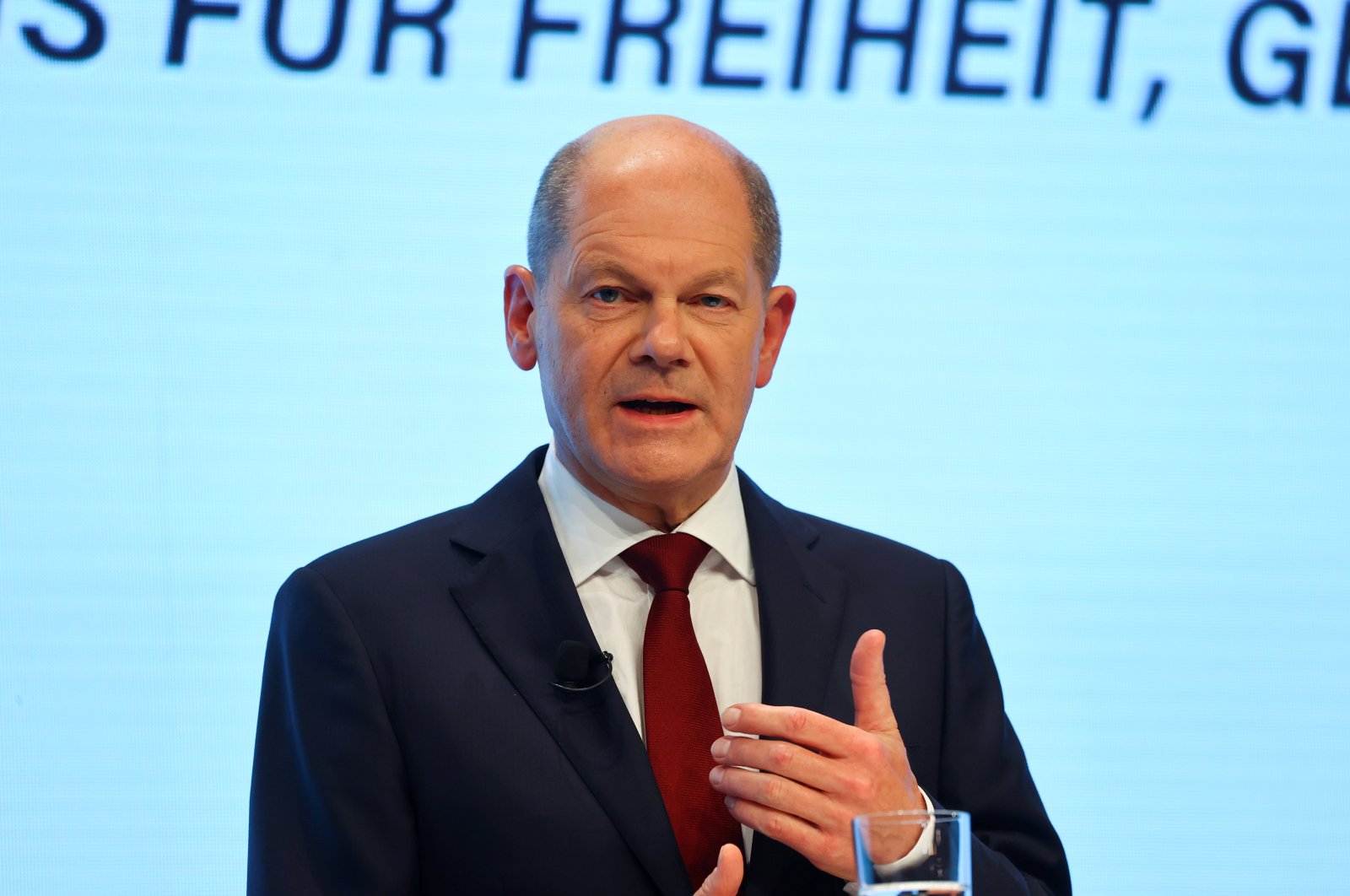 Olaf Scholz is set to become post-World War II Germany’s ninth chancellor, crowning a career that has seen him serve in a string of top government posts, after leading his party to an election comeback that appeared hugely unlikely just a few months ago.

The 63-year-old on Wednesday sealed a deal for his center-left Social Democratic Party (SPD) to lead Germany’s next government in a coalition with the environmentalist Greens and the pro-business Free Democrats (FDP). The agreement followed relatively quick talks that were disciplined and discreet, qualities that reflect Scholz’s own image.

Scholz has a terse, no-nonsense approach typical of his home city of Hamburg, where he once worked as a lawyer – an even more sober style than that of outgoing Chancellor Angela Merkel. He joined SPD at 17 and was first elected to parliament in 1998.

He is unflappable and unshakably self-confident, but no master of rhetoric. During a turbulent stint as the Social Democrats’ general secretary in the early 2000s, he earned the nickname “Scholzomat” for what critics said was a habit of constantly repeating the same phrases in support of then-Chancellor Gerhard Schroeder’s welfare-state trims and economic reforms, which faced dissent within the party.

Scholz’s experience, attention to detail and sometimes technocratic image became an asset during this year’s election campaign, in which he led the long-struggling Social Democrats from third place in polls to a narrow win in the Sept. 26 election.

He was helped by a series of gaffes and slips by his two opponents – Armin Laschet, the leader of Merkel’s center-right Christian Democrats Union (CDU), and Annalena Baerbock, who was making the Greens’ first run for the chancellery.

The Social Democrats’ stock rose as Scholz, the finance minister and vice-chancellor in Merkel’s government, calmly ran through a largely accident-free campaign and turned in unspectacular but solid performances in three televised pre-election debates.

He also appeared to portray himself as Merkel’s natural successor, although he belongs to a different party. At one point, he posed with the outgoing chancellor’s trademark “Merkel diamond” folded-hands gesture in an “interview without words” for the daily Sueddeutsche Zeitung.

Scholz first served in the national government from 2007 to 2009 as Merkel’s labor minister, during the global financial crisis. Germany kept down unemployment, notably by using a government-backed salary support program to keep people on companies’ payrolls. The same device served it well during the coronavirus pandemic, in which Scholz has helped guide Germany’s economic response as finance minister.

Scholz became the mayor of Hamburg, Germany’s second-biggest city, in 2011. He won back the traditional Social Democratic stronghold after years of center-left disarray in Hamburg, saying his party knew that “if you order leadership from me, you get it.”

A low point was Hamburg’s hosting the 2017 G-20 Summit, remembered largely for widespread rioting by hard-left protesters. Scholz had previously dismissed worries about the event.

The following year, he was elevated to the No. 2 job in Merkel’s government after his party reluctantly ditched a pledge to go into opposition. As finance minister, Scholz was a driving force behind moves to place a global minimum tax of at least 15% on large companies and led efforts to cushion the pandemic’s financial impact. But he also drew criticism over the collapse last year of payment processing company Wirecard.

The pragmatic Scholz ran for the Social Democrats’ leadership in 2019 but was spurned by members in favor of a left-leaning duo, Saskia Esken and Norbert Walter-Borjans. However, the party put that contest behind it and had no hesitation in turning to him last year as its candidate to succeed Merkel.

Political opponent-turned-ally Christian Lindner, the leader of the pro-business Free Democrats and Scholz’s designated successor as finance minister, said Wednesday that negotiators “experienced him as a strong leadership personality who has the experience and professionality to lead this country.”

“Olaf Scholz will be a strong chancellor for Germany,” he said.

As Germany marked 100,000 deaths from COVID-19, the country’s leader-in-waiting announced plans Wednesday to create an expert team at the heart of the next government to provide daily scientific advice on tackling the coronavirus pandemic.

“Sadly, the coronavirus still hasn’t been beaten,” Scholz said. “Every day we see new records as far as the number of infections is concerned.”

German officials – from Merkel to state governors and the three parties now poised for power – have been criticized for failing to take decisive steps to flatten the curve of infections during the transition period since September’s national election.

Doctors and virologists have been warning for months that Germany faces a surge in new cases that could overwhelm its health care system, even as senior politicians dangled the prospect of further lifting pandemic restrictions.

“Nobody had the guts to take the lead and announce unpopular measures,” said Uwe Janssens, who heads the intensive care department at the St. Antonius hospital in Eschweiler, west of Cologne. “This lack of leadership is the reason we are here now,” he said.

Doctors like Janssens are bracing for an influx of coronavirus patients as confirmed cases hit fresh daily highs that experts say are also being triggered by vaccine skeptics.

Resistance to getting the shot – including the one developed by German company BioNTech together with United States partner Pfizer – remains strong among a sizeable minority of the country. Vaccination rates have stalled at 68% of the population, far short of the 75% or higher than the government had aimed for.

“We’ve increasingly got younger people in intensive care,” said Janssens. “The amount of time they’re treated is significantly longer and it blocks intensive care beds for a longer period.”

Older people who got vaccinated early in 2021 are also seeing their immunity wear off, making them vulnerable to serious illness again, he said. Echoing problems seen during the initial vaccine rollout, authorities have struggled to meet the demand for boosters even as they tried to encourage holdouts to get their first shot.