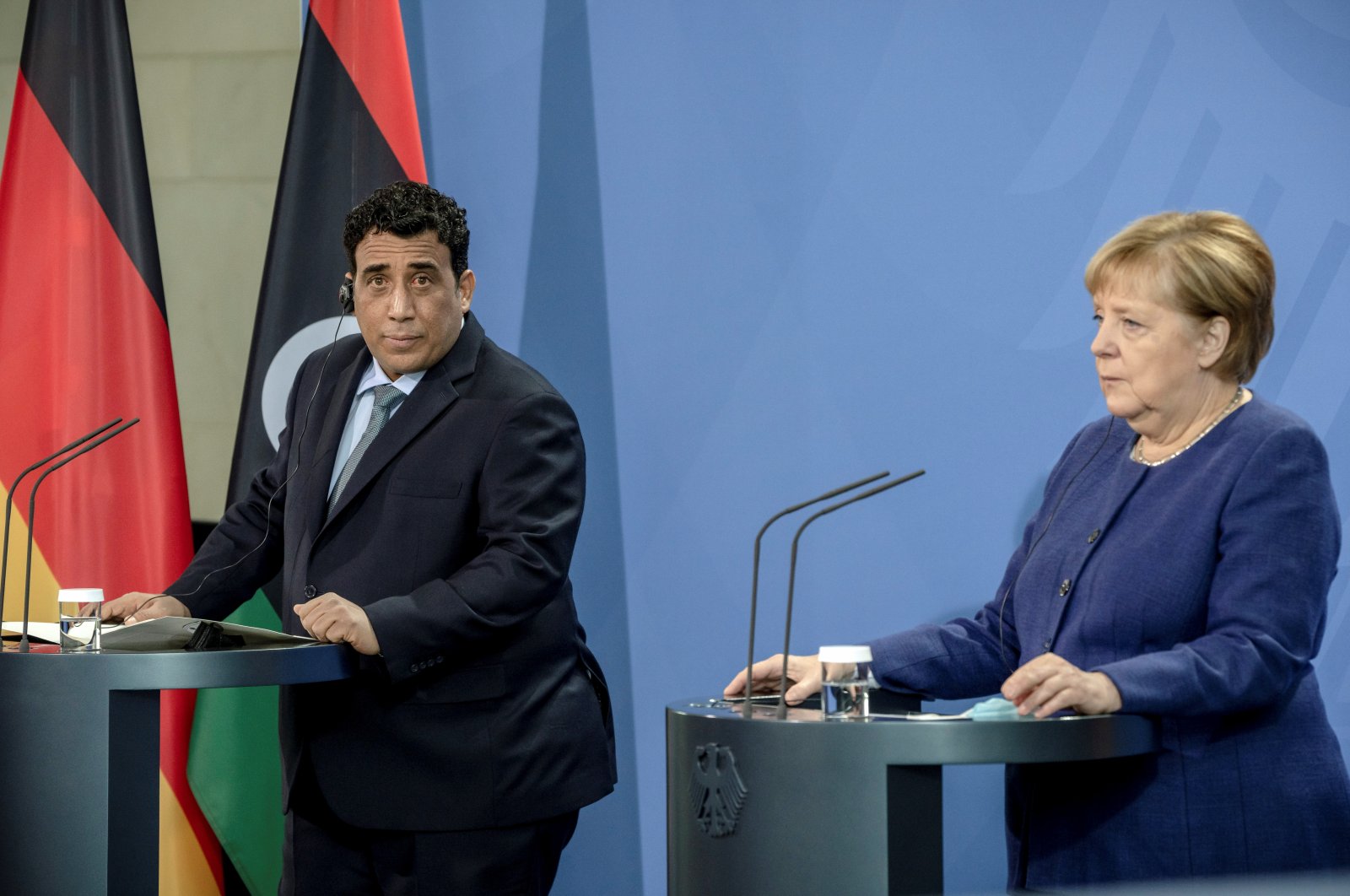 Speaking at a joint news conference with visiting chairman of the Presidential Council of Libya, Mohammad Younes Menfi, Merkel said that Libya will continue to be among Berlin’s main foreign policy priorities after the formation of a new German coalition government.

"In the next couple of weeks and months, we will see a transition process here from one government to the next. But I can assure you that Libya will continue to be among the main priorities of Germany,” Merkel said. "There will be a continuity in this respect. We would like to continue our cooperation with you,” she added, according to Anadolu Agency (AA).

Merkel underlined that a political solution to the conflict in Libya was of significant importance, not only for the country but also for the whole African continent. She reiterated her demand for the withdrawal of foreign troops and mercenaries from Libya and said that it was important to ensure that parliamentary and presidential elections are held on Dec. 24. She also promised Germany’s continued engagement for Libya’s economic development and stability.

"The question of the future of Libya must be determined by Libyan forces and Libyan citizens and not by foreign influence," Merkel said as the Deutsche Presse-Agentur (dpa) reported.

Germany’s outgoing chancellor played a leading role in resolving the conflict in Libya by hosting a leaders summit in 2020, and her government continued its diplomatic initiative to advance the U.N.-led political unification and reconciliation process in the country. After last month’s elections in Germany, Angela Merkel is quitting active politics, but she will remain in her post until a new coalition government is formed.

Following the overthrow of long-term leader Moammar Gadhafi in 2011, Libya descended into a civil war that included a plethora of militias. A cease-fire has been in force since last year. Earlier this year, a transitional government was formed under U.N. mediation to lead the country until elections are held.