Merkel lauded by European leaders at her last EU summit 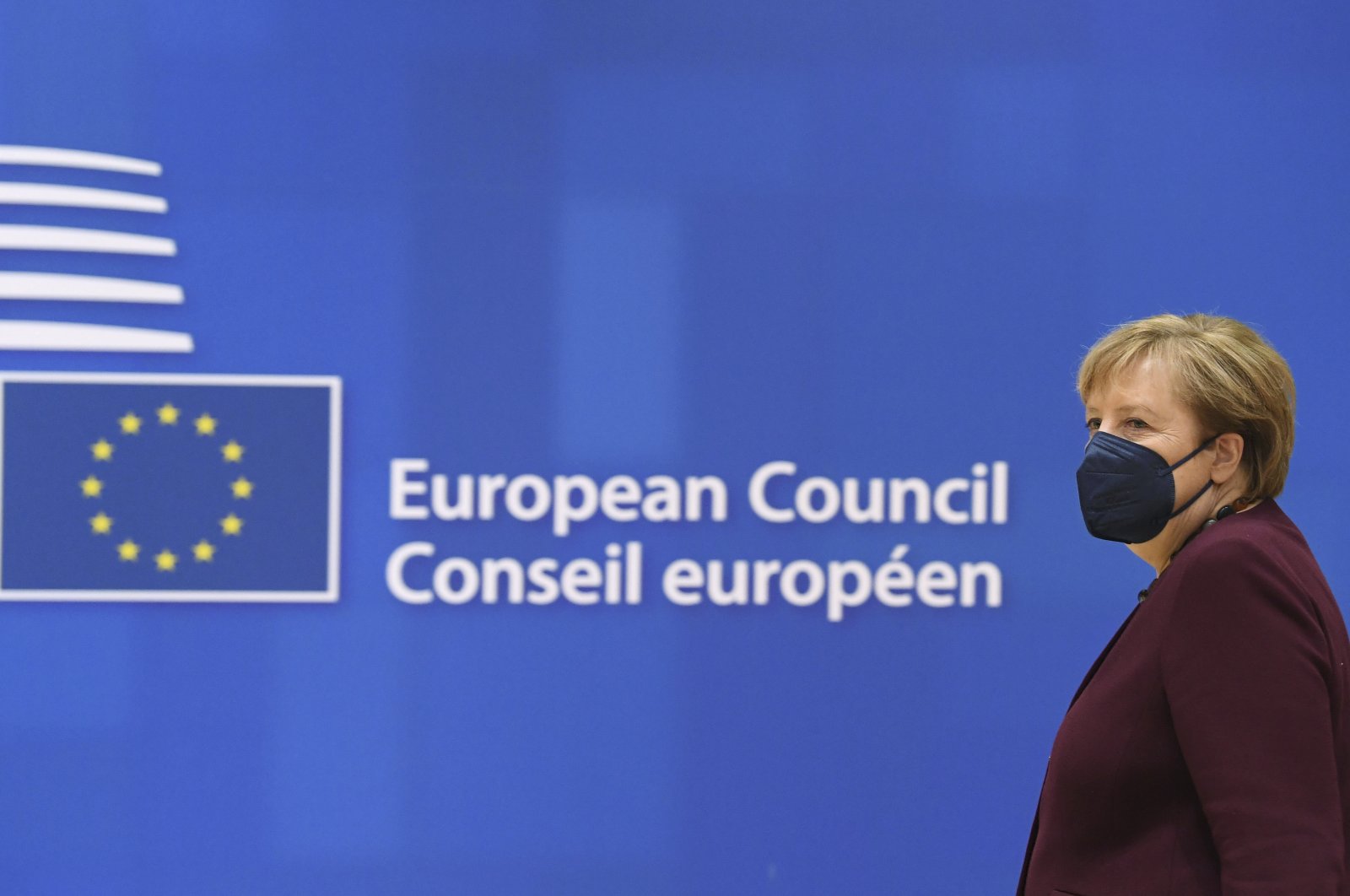 European leaders heaped praise on German Chancellor Angela Merkel on Friday as she attended what is likely her last EU summit after a 16-year reign heavily influencing the bloc through major ups and downs.

Merkel has attended a staggering 107 EU summits that saw some of the biggest twists in recent European history, including the eurozone debt crisis, an inflow of Syrian refugees, Brexit and the creation of the bloc's landmark pandemic recovery fund.

"She is someone who for 16 years has really left her mark on Europe, helping all 27 of us to take the right decisions with a lot of humanity at times that were difficult," said Belgian Prime Minister Alexandre De Croo.

Luxembourg's Prime Minister Xavier Bettel called Merkel a "compromise machine" who "usually did find something to unite us" through several marathon intra-EU negotiations.

"Europe will miss her," he said.

Lithuanian President Gitanas Nauseda said he hoped Merkel, a "great politician," would remain on the political scene "in one form or another."

Her final summit, a two-day affair in Brussels, leaned once again on her soft power skills to ease a burning row with Poland over its rejection of the EU's legal order – something many believed could be the next existential threat to the European Union.

On the summit's first day Thursday, Polish Prime Minister Mateusz Morawiecki defended an Oct. 7 ruling by his country's constitutional court that said EU law applied only in specific, limited areas and Polish law prevailed in all others.

Merkel, backed by French President Emmanuel Macron, spent much of her considerable political capital pushing for dialogue with Poland, warning against a "cascade" of legal fights if the issue blew up into challenges before the European Court of Justice.

The message was received by the European Commission and countries such as the Netherlands and Belgium that wanted a more muscular slapdown on Poland, which they accuse of rolling back democratic norms by removing judicial independence in its national courts.

East-west feuding has been a recurrent theme in Merkel's long tenure.

Her mediating role reflected the status of Germany as the EU's economic powerhouse with sway over many of the former Soviet-bloc countries that later joined the union, which tilted the political balance away from Paris and towards Berlin.

It also spoke to Merkel's family background, of German and Polish descent, as well as her tactic of discreet behind-the-scenes nudging while conflicting forces exhausted themselves, before stepping in with a compromise solution.

Migration has been one of the most divisive issues with eastern countries.

Hungarian Prime Minister Viktor Orban was among those who railed against Merkel's unusually bold decision in 2015 to open Germany's borders to over a million asylum-seekers, mostly from war-torn Syria.

Orban – backed by Slovakia, the Czech Republic and Poland – simply ignored an EU directive to share the burden, causing a rift on migration that has yet to heal.

The migration issue was on the table again on the second day of the summit on Friday.

But with the migration-leery positions of the eastern countries already well known, and to an extent backed by Austria and the Netherlands, little substantive discussion was expected, and certainly no breakthrough on burden-sharing.

Before tackling that topic, the EU leaders first held a "farewell ceremony" for Merkel, according to a spokesperson for the summit convener, European Council President Charles Michel.

Late Thursday, they also all gathered for a socially distanced group photo. Merkel was in the second row, but still stood out from the platoon of dark suits with her light-colored jacket.

Germany is still in the process of putting together a government to replace Merkel's, following September elections she did not contest that saw her conservative CDU party handed a drubbing.

In Brussels, her legacy will still to glimpsed in the person of European Commission President Ursula von der Leyen, formerly Merkel's defense minister who was nominated to her position in no small part thanks to the outgoing German leader.