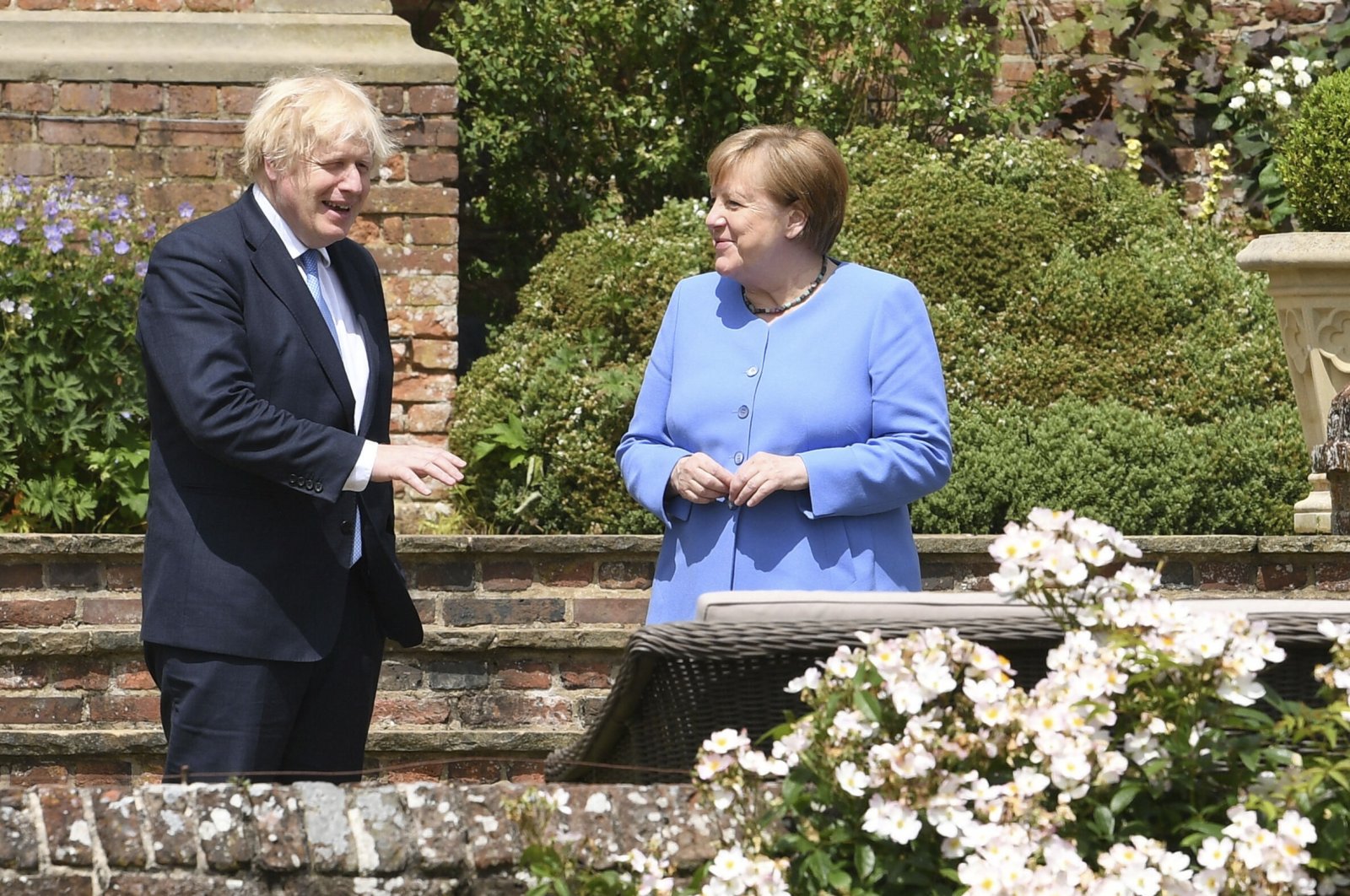 During the joint meeting at the country house of the prime minister at Chequers, Johnson and Merkel discussed COVID-19 travel restrictions as cases of the highly transmissible delta variant surge in Britain. While the British government looks at easing quarantine requirements for the fully vaccinated when they return from holiday, some European states including Germany are implementing a period of quarantine for British arrivals, regardless of vaccination status. Merkel has previously pushed for tougher EU-wide restrictions on travelers arriving from Britain.

In a joint news conference with Johnson, Merkel said she expects double-vaccinated Brits to be able to travel to Germany without going into quarantine on arrival.

"I assume that in the foreseeable future those who have been vaccinated twice will be able to travel again without going into quarantine," she added.

Meanwhile, the British prime minister raised concerns over the travel ban for people vaccinated with Indian-made AstraZeneca COVID-19 shots. He saw no reason why people who received AstraZeneca vaccines should be left out of vaccine passport schemes after the European Union did not initially recognize it. About 5 million people in Britain are thought to have had the vaccine made by Serum Institute in India, known as Covishield.

"I see no reason at all why the MHRA-approved vaccines should not be recognised as part of the vaccine passports and I'm very confident that that will not prove to be a problem," Johnson said at a joint news conference with Merkel, referring to Britain's medicines regulator. He added that his country has build up considerable wall of immunity.

For her part, Merkel said that cooperation with the British prime minister has "developed very well." She also asserted she was optimistic that the three-month extension to the grace period for shipments of certain meat products from Britain to Northern Ireland would give enough time for a durable solution to be found.

"It is good news that it is extended for three months and in that time it should be possible to solve this pragmatically. I am optimistic that it will be possible," she told a joint news conference with Johnson. Without directly addressing a question on whether the Northern Ireland protocol regulating the British territory's relationship with Ireland and the European Union could be changed, she said pragmatic solutions were needed.

"I personally believe that within the framework of this Northern Ireland protocol ... we can find pragmatic solutions," Merkel added.

Johnson said that disagreement with the European Union over the Northern Irish Brexit protocol could be sorted out with goodwill and patience but that the current arrangements did need to be fixed.

"One of the things that we're talking about, as you rightly point out, is the protocol, where there remain a lot of issues to be solved," he said. "We have to sort it out. I'm sure that, as Angela says, with goodwill and with patience, we can sort it out. But we're going to need to do that, we're going to need to fix it because it needs to be fixed."

Johnson's office said Merkel would become the first foreign leader to address the British cabinet since U.S. President Bill Clinton did so in 1997 at the invitation of then Prime Minister Tony Blair.