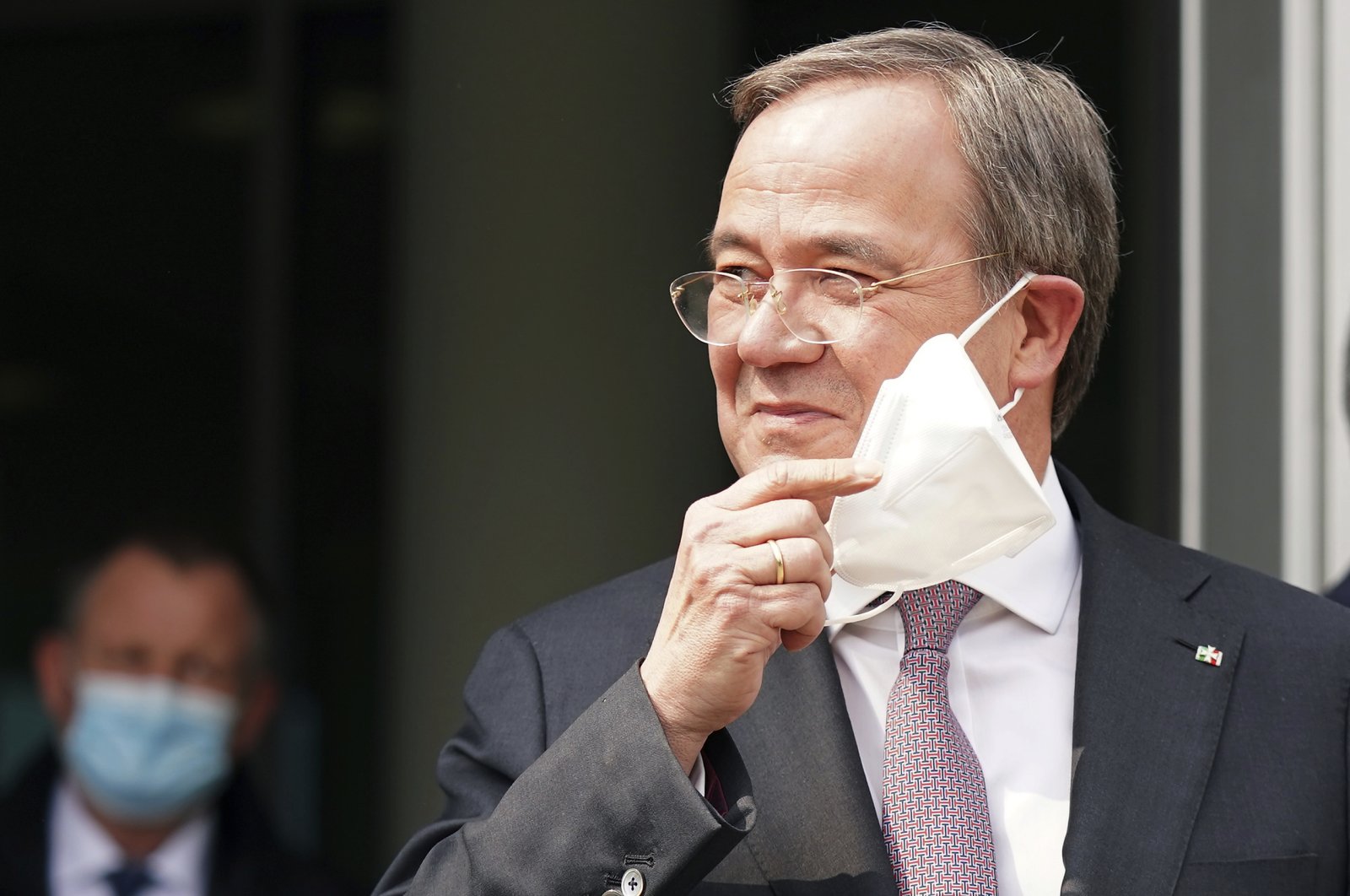 Armin Laschet, chairperson of the German Christian Democratic party (CDU), addresses the media during a statement in front of the party's headquarters in Berlin, Germany, April 19, 2021. (AP Photo)
by Agencies Apr 20, 2021 11:48 am
RECOMMENDED

German Chancellor Angela Merkel's center-right bloc is still awaiting a final verdict in its power struggle even after the head of her party early Tuesday secured its leadership's backing to run for German chancellor in the September election.

Armin Laschet, the leader of Merkel's Christian Democratic Union (CDU), has been locked in a battle with Markus Soder, who leads its smaller Bavarian sister party, the Christian Social Union (CSU), for the chance to succeed Merkel.

Their Union bloc is the last major political force to nominate a candidate for chancellor in the Sept. 26 parliamentary election, in which Merkel is not seeking a fifth four-year term.

Parts of the CDU favor Soder, while others have vehemently criticized his bid for the top job. Soder has much better poll ratings, but Laschet was only elected in January and leads by far the bigger of the sister parties.

The past week has seen primarily a conflict of personality and style rather than policy. At the beginning of last week, Laschet informally rallied the CDU leadership behind his bid. But Soder said the matter shouldn’t be resolved "only in a small back room.”

After days of talks failed to produce a solution but laid bare deep divisions in the CDU, Soder said Monday that the bigger party must decide the matter and his CSU would respect a "clear decision.” He didn't define what he meant by a clear decision.

At a turbulent meeting of the CDU leadership that lasted until after midnight, 31 of its members voted for Laschet, nine for Soder and six abstained, German news agency dpa reported.

Laschet won the backing of the CDU party's leadership after more than six hours of talks late Monday, obtaining 77.5% of support in a secret ballot of 46 executive board members. Soder garnered 22.5%, as reported by Agence France-Presse (AFP).

It wasn't immediately clear how Soder would respond. The CSU leader was expected to address the matter later Tuesday. The Union bloc campaigns together in federal elections and has a joint parliamentary group in Berlin. The CSU exists only in Bavaria, while the CDU runs in Germany's other 15 states.

The Union leads polls ahead of the environmentalist Greens, who on Monday nominated Annalena Baerbock as their first candidate to be chancellor. The struggling center-left Social Democrats nominated Finance Minister Olaf Scholz as their candidate months ago.