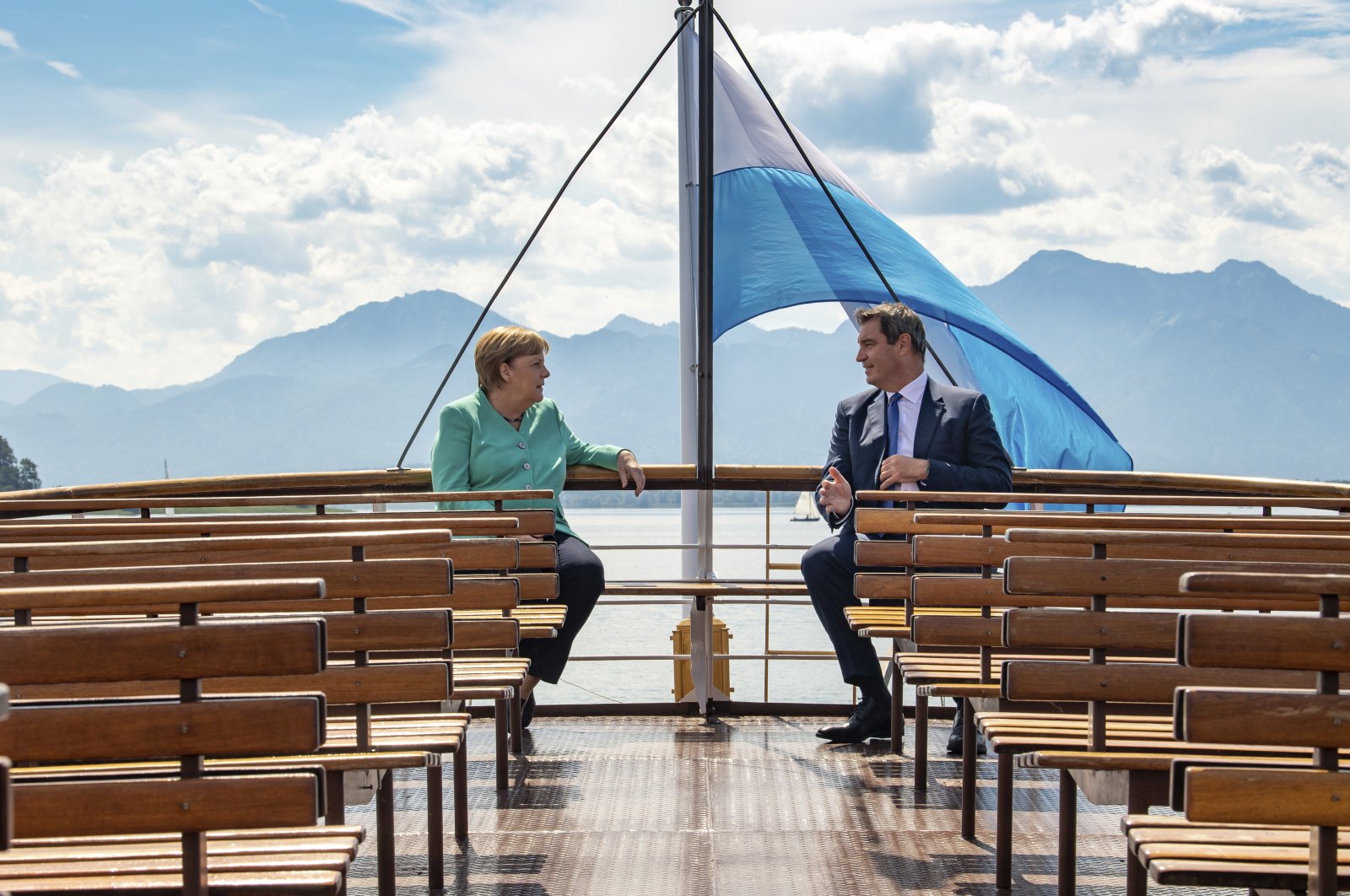 Two defeats in state elections in Germany highlighted the possibilities of a government without Chancellor Angela Merkel's bloc after a nationwide vote in September.

A possible contender to succeed her said Monday that the center-right needs to raise its game to keep the country's top job. Final results showed that Merkel’s Christian Democratic Union (CDU) was handily defeated in Sunday’s elections by two popular incumbent state governors: the Green party’s Winfried Kretschmann in Baden-Wuerttemberg and the center-left Social Democrats’ Malu Dreyer in Rhineland-Palatinate.

While the CDU always faced an uphill battle against the pair, the results were painful. It lost the two states – both of which were once strongholds, but have long since slipped from its grasp – by about eight percentage points. It won 24.1% of the vote in Baden-Wuerttemberg and 27.7% in Rhineland-Palatinate, its worst post-World War II showing in both states.

Merkel’s federal government faces discontent over a slow start to Germany’s coronavirus vaccination drive, while most restrictions remain in place and infections are rising again. And her center-right bloc has been hit over the past two weeks by allegations that a few lawmakers profited from deals to procure masks early in the coronavirus pandemic.

In both states that voted Sunday, the results make three-way coalitions between the Greens, Social Democrats and pro-business Free Democrats possible – highlighting the possibility, though it has seemed a long shot so far, of such an alliance at the national level. So far, the Union bloc of Merkel's CDU and Bavaria's Christian Social Union leads polls by a distance from the Greens and Social Democrats, despite softening support.

But it can't count on a popular incumbent in the Sept. 26 election for the new German parliament, since Merkel isn't seeking a fifth term after nearly 16 years in power. CSU leader Markus Soeder, the governor of Bavaria and one of two serious contenders to be the center-right candidate to replace Merkel, described the results as a "wake-up call."

"That means we won't be able to get through the federal election in September in the sleeping car,” he added. "We need a clear direction, a clear strategy."

He called for vaccinations to be speeded up and for the center-right "to line ourselves up more broadly than just with corona." Sunday’s results aren’t helpful for new CDU leader Armin Laschet, the governor of North Rhine-Westphalia state, who was elected in January. He has said that he and Soeder, who hasn't officially declared his ambitions, plan to decide in April or May on who will seek the chancellorship.

The state elections gave the environmentalist and traditionally left-leaning Greens new confidence for the national election campaign, in which they are expected to make their first bid for the chancellery. Co-leader Annalena Baerbock said a decision on the candidate will be made "in the coming weeks."

The Greens' general secretary, Michael Kellner, noted that this is the first time since West Germany's first election in 1949 that there is no incumbent seeking reelection.

"The race is open and that gives us a huge opportunity," he told ARD television. The elections gave some comfort to the Social Democrats, who have been struggling with dismal federal poll ratings.

The Social Democrats’ candidate for chancellor, Finance Minister Olaf Scholz, said the results showed that "forming a government is possible without the CDU."

One party that didn’t benefit from discontent was the far-right Alternative for Germany (AfD), which has opposed coronavirus restrictions and is in a court standoff with the domestic intelligence agency over whether it can be put under observation as a "suspected case" of right-wing extremism.

The party lost about a third of its support compared with strong showings in 2016, taking 9.7% of the vote in Baden-Wuerttemberg and 8.3% in Rhineland-Palatinate.