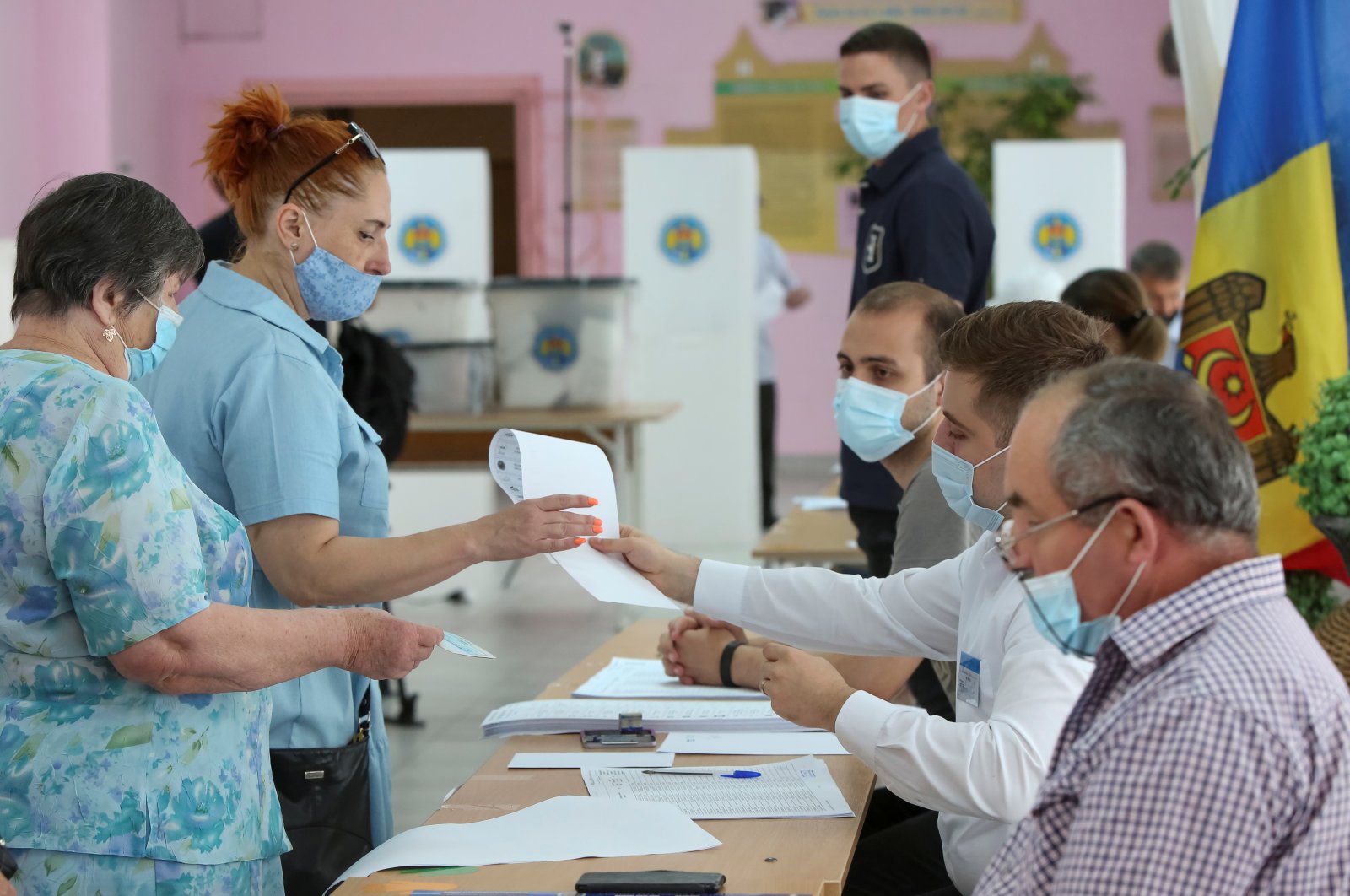 Moldovans headed to the polls Sunday to elect a new parliament in which pro-Western President Maia Sandu hopes to win a majority to fight corruption and carry out reforms she says were blocked by allies of her pro-Russian predecessor, Igor Dodon.

The West and Russia vie for influence in the tiny ex-Soviet republic of 3.5 million people, which is one of Europe's poorest nations and has suffered a sharp economic downturn during the COVID-19 pandemic.

Sandu, a former World Bank economist who favors closer ties with the European Union, defeated Dodon last year but was forced to share power with the parliament elected in 2019 and the government run by lawmakers aligned with Dodon.

In April, after two failed attempts to form a new government, Sandu dissolved the parliament, in which her PAS party had 15 lawmakers out of 101. Dodon's Socialists had 37 lawmakers in that parliament and together with allies he controlled a majority of 54 deputies.

"I've voted for a new parliament with honest people who will allow us to get rid of those who have robbed Moldova all these years," Sandu said after the vote. "I urge citizens to vote and take another step towards cleaning Moldova of thieves and the corrupt," said Sandu, who wants to overhaul the judicial system, increase salaries and amend the constitution to make it easier to punish graft. Polls close at 9 p.m. (6:00 p.m. GMT), with initial results expected a few hours later.

Moldova, sandwiched between Ukraine and EU member Romania, has been dogged by instability and corruption scandals in recent years, including the disappearance of $1 billion from the banking system.

Dodon, a regular guest in Moscow, has formed an electoral bloc with the communists who have accused Sandu of pursuing a pro-Western policy that would lead to the collapse of the state.

"It depends on our voice today who will rule Moldova tomorrow. I urge you to vote for professionals, patriots of Moldova, and not those who will put Moldova under external control," Dodon said after the vote.

The party of Ilan Shor, an executive convicted of fraud and money laundering in connection with the $1 billion bank scandal, is also among more than 20 parties and blocs – including independents – contesting the election. Shor denies wrongdoing.

To enter parliament, an independent candidate must receive at least 2% of the votes cast, a party must win at least 5% and a bloc at least 7%.