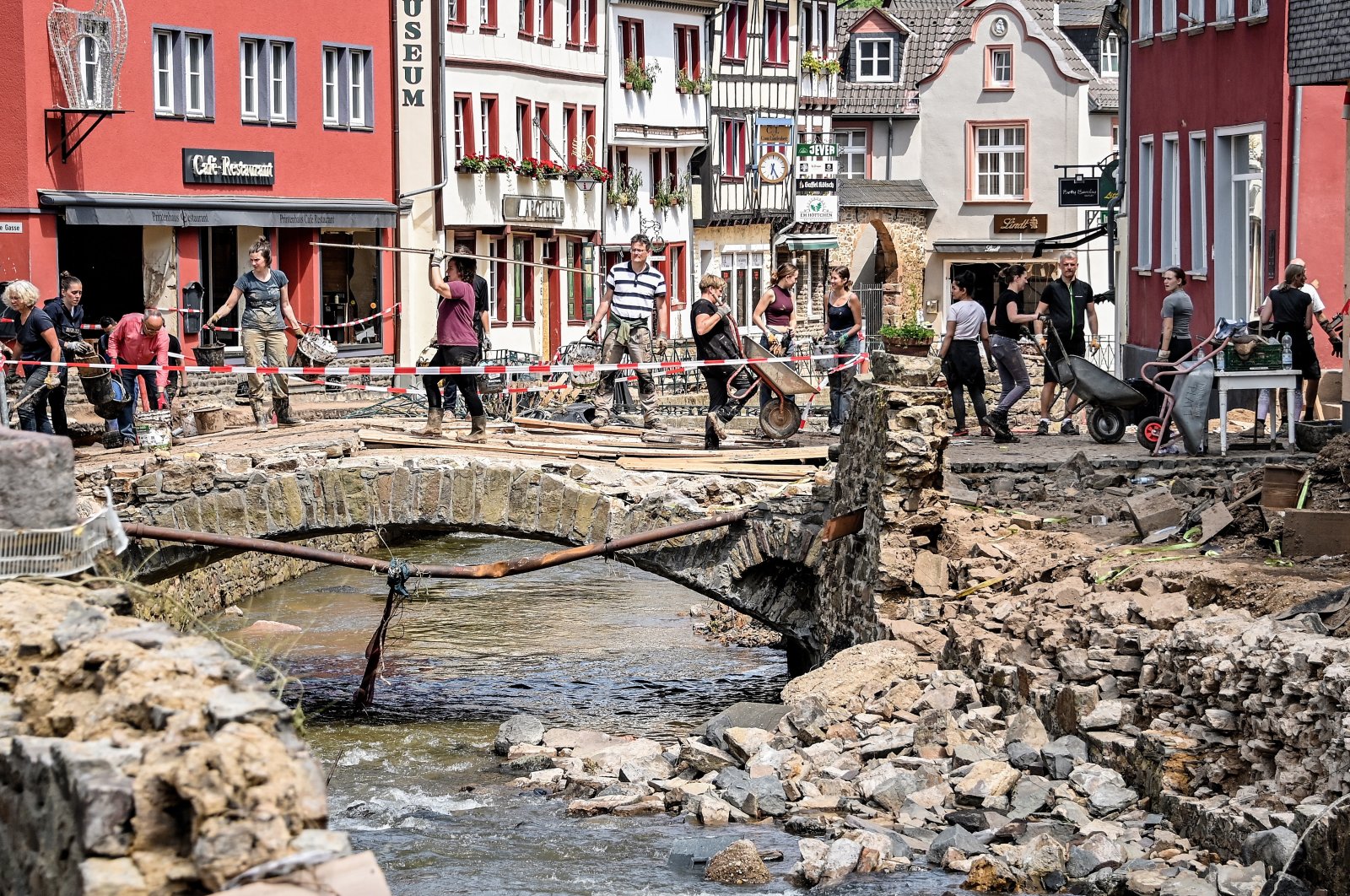 Begona Hermann, head of the relief teams in the region, said the German Weather Service is forecasting that some areas might get severe showers or storms that could bring nearly 1.5 inches (3-4 centimeters) of rainfall. Evacuation services have been offered to communities that were already badly hit by the flooding.

"The people will have to make the decision themselves," said Hermann, noting that the predicted rains are not expected to be as savage as those that struck in the states of North-Rhine Westphalia and Rhineland-Palatinate earlier this month.

At the same time, she noted that sewage and drainage systems remain disrupted, which means they might not be able to handle new rainfall particularly well.

The new rainfall was slowing down aid and reconstruction work, said Hermann. The teams had hoped to remove piles of trash building up on the edges of affected communities, which are becoming disease threats and are blocking traffic.

The impending storms also prompted officials to urge volunteers who have descended on the area to help flood victims to leave for their own safety. People coordinating the relief effort said the new rains could pose threats to already damaged infrastructure and further snarl traffic.

The call to leave for safety reasons came hours after police and the crisis management team working in flooded areas of Rhineland-Palatinate had asked members of the public not to travel to the western German region to help out anymore because there were simply too many people on the scene.

"The population's willingness to help continues to be undiminished and overwhelming," read a Kassel police statement on Saturday. Due to the large number of volunteers who came to help out, however, roads in the area are now congested, the statement continued.

According to the press release, heavy machinery needed for road and bridge construction, as well as for the restoration of the area's water supply, are getting stuck in traffic jams.

Vehicles intended to remove trash and construction debris, as well as emergency and rescue vehicles, also are unable to get through.

"Please do not travel to the disaster area anymore," the police statement emphasized.

The statement added that assistance will be needed for a long time to come and that volunteers eager to help out can come at a later stage or volunteer elsewhere.

Meanwhile, volunteers from the Federal Agency for Technical Relief (THW) were at times treated with hostility while in the area.

"When they are on the road with emergency vehicles, they are pelted with rubbish," THW vice president Sabine Lackner told a broadcaster.

Lackner said the people launching abuse included not only frustrated flood victims, but also members of the Querdenken (Lateral Thinking) movement, which has protested against coronavirus measures.