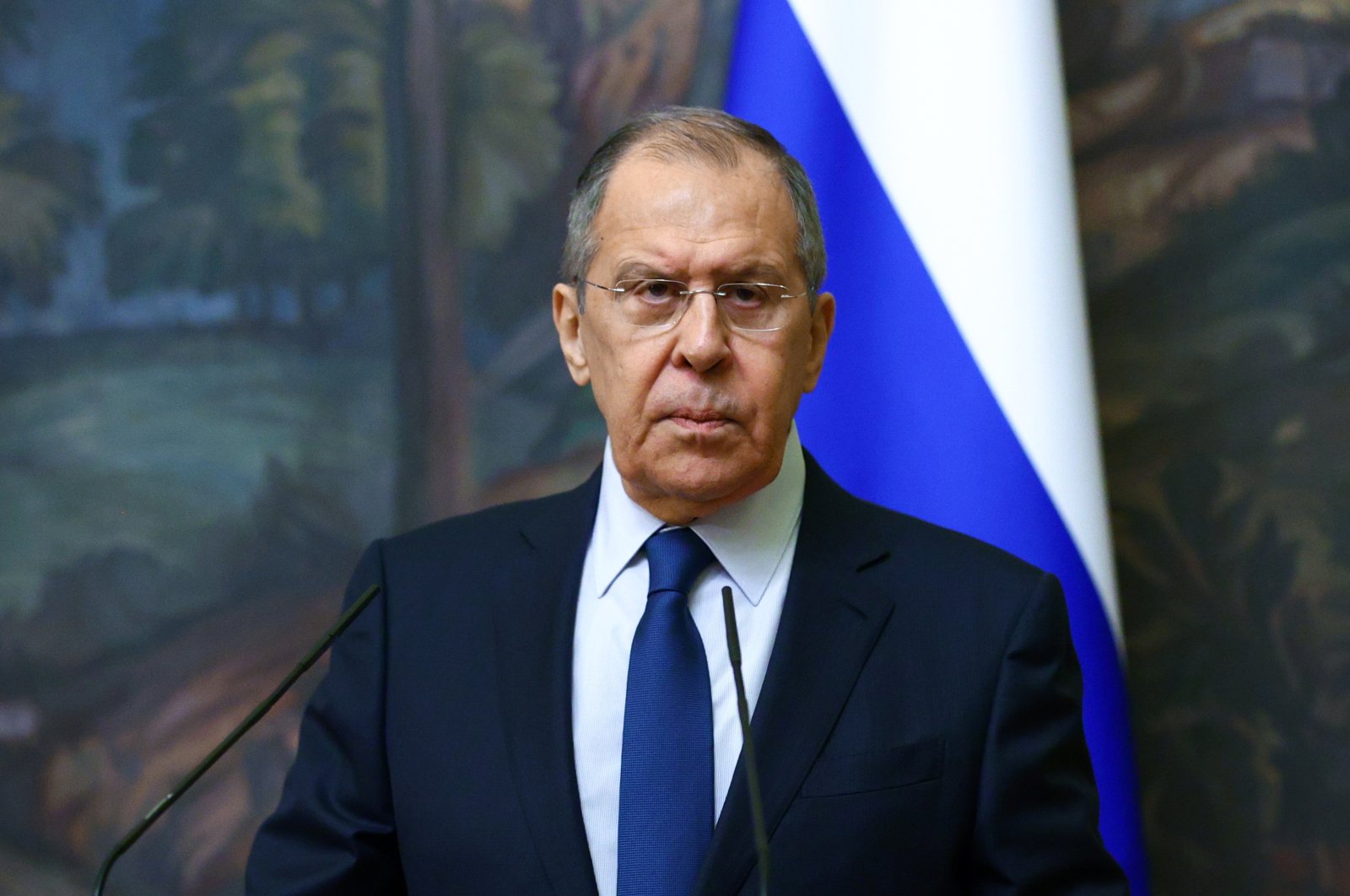 "We will continue to systematically and resolutely defend our national interests and rebuff aggression," Russian foreign ministry spokesperson Maria Zakharova said, adding Moscow would react on the basis of "reciprocity and not necessarily symmetrically."

She accused the United States of "trying to cultivate the image of an external enemy" as a way to distract attention from domestic problems.

"We urge our colleagues not to play with fire," she added in a statement published late Tuesday. Echoing comments made by Foreign Minister Sergei Lavrov earlier Tuesday, Zakharova said that Russia will respond in turn to the penalties.

"We will react on the basis of the principle of reciprocity and not necessarily symmetrically," she said, according to remarks carried by Agence France-Presse (AFP).

Speaking to reporters on a conference call, Kremlin spokesperson Dmitry Peskov said Moscow would respond to the sanctions in a way that best served its interests.

"Of course it's impossible not to apply the principle of reciprocity," Peskov said when asked how Russia would respond to the latest sanctions. Peskov warned that the sanctions would have a destructive effect on Russia's bilateral relations with both the United States and the European Union.

The United States on Tuesday imposed sanctions on the director of Russia's Federal Security Service (FSB) security agency after finding it carried out the near-fatal poisoning of President Vladimir Putin's leading critic and his subsequent jailing. The U.S. also imposed sanctions on other high-ranking Russian officials.

The Treasury Department said that Alexander Bortnikov, who since 2008 has led the KGB's successor, was one of seven senior Russian officials whose U.S. assets will be frozen, with any U.S. transactions with them subject to prosecution.

Some opposition figures and their supporters said the latest U.S. measures, restricting the U.S. travel and banking of some Russian government figures, didn't go far enough to get the attention of Putin. Russia critic William Browder, a London-based investor, tweeted he feared U.S. sanctions would be “way too little and not touch Putin’s billionaire cronies.”

The Biden administration also announced sanctions under the U.S. Chemical and Biological Weapons Control and Warfare Elimination Act for 13 businesses and another enterprise, most of which it said were involved in the production of biological and chemical agents. The U.S. intelligence community concluded with high confidence that Russia's Federal Security Service used the Russian nerve agent Novichok on Navalny last August, a senior administration official said.

Tuesday's sanctions would be the first of several steps by the Biden administration to “respond to a number of destabilizing actions,” said one of the administration officials, who briefed reporters on the condition they not be identified further.

The sanctions are the first against Russia by the Biden administration, which has pledged to confront Putin for alleged attacks on Russian opposition figures and any malign actions abroad, including the hacking of U.S. government agencies and U.S. businesses. Former President Donald Trump spoke admiringly of Putin and resisted criticism of Putin's government. That included dismissing U.S. intelligence findings that Russia had backed Trump in its covert campaign to interfere with the 2016 presidential election.