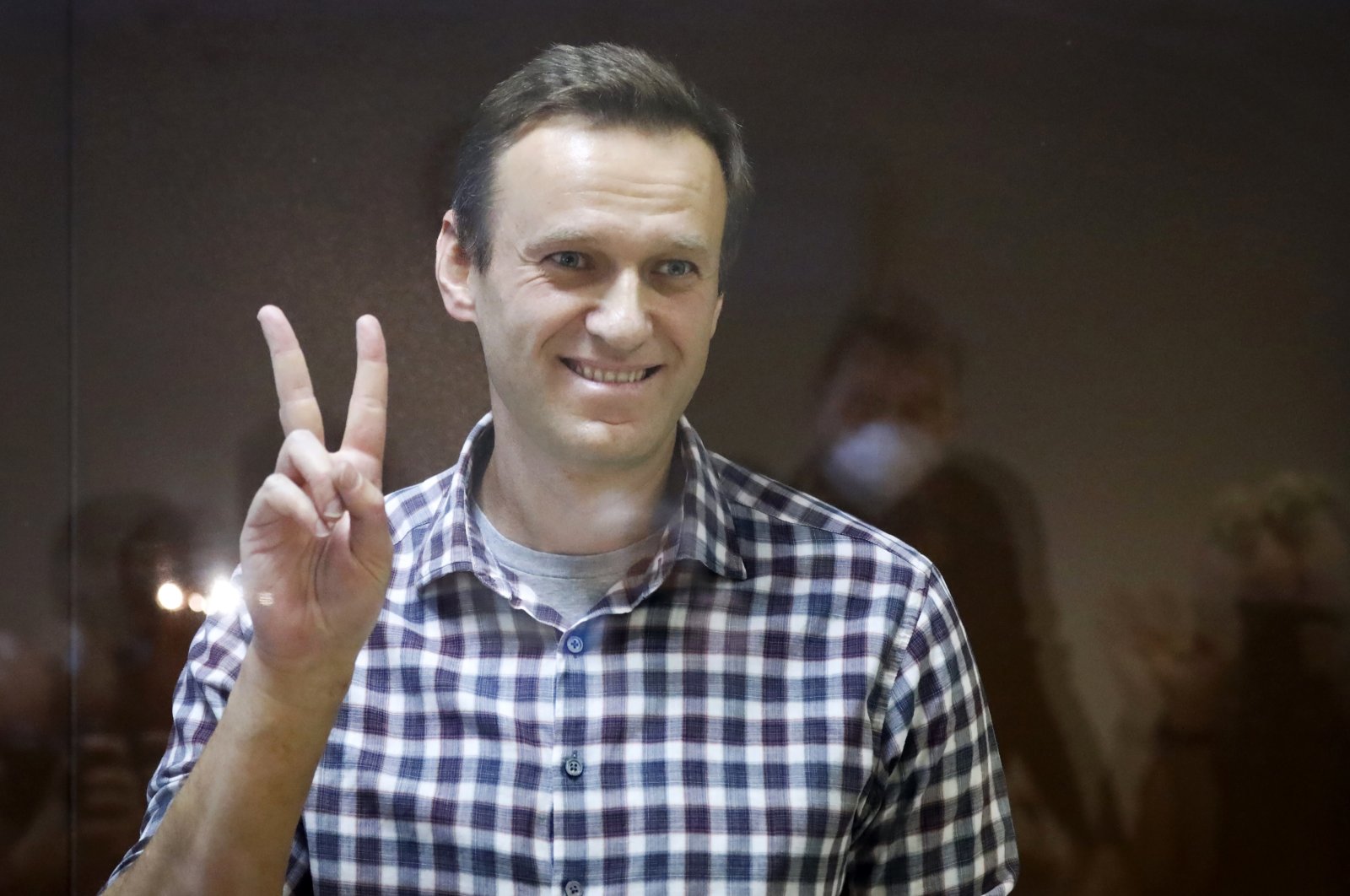 Navalny was sentenced earlier this month by a lower court to two years and eight months in prison for violating terms of his probation while recuperating in Germany from a nerve agent poisoning that he blames on the Kremlin. Russian authorities have rejected the accusation.

Navalny, 44, an anti-corruption crusader and President Vladimir Putin’s most vocal critic, appealed the prison sentence and asked to be released. The Moscow City Court's judge on Saturday only slightly reduced his sentence to just over 2 1/2 years in prison, ruling that a month-and-half Navalny spent under house arrest in early 2015 will be deducted from his sentence.

Navalny’s arrest and imprisonment have fueled a huge wave of protests across Russia. Authorities responded with a sweeping crackdown, detaining about 11,000 people, many of whom were fined or given jail terms ranging from seven to 15 days.

Russia has rejected Western criticism of Navalny’s arrest and the crackdown on demonstrations as meddling in its internal affairs.

In a ruling Tuesday, the European Court of Human Rights ordered the Russian government to release Navalny, citing “the nature and extent of risk to the applicant’s life.” The Strasbourg-based court noted that Navalny has contested Russian authorities’ argument that they had taken sufficient measures to safeguard his life and well-being in custody following the nerve agent attack.

The Russian government has rebuffed the Strasbourg-based court's demand, describing the ruling as unlawful and “inadmissible” meddling in Russia’s affairs.

In the past, Moscow has abided by the ECHR’s rulings awarding compensations to Russian citizens who have contested verdicts in Russian courts, but it never faced a demand by the European court to set a convict free.

In a sign of its long-held annoyance with the Strasbourg court’s verdicts, Russia last year adopted a constitutional amendment declaring the priority of national legislation over international law. Russian authorities might now use that provision to reject the ECHR’s ruling.

Later on Saturday, Navalny will also face proceedings in a separate case on charges of defaming a World War II veteran. Navalny, who called the 94-year-old veteran and other people featured in a pro-Kremlin video “corrupt stooges,” “people without conscience” and “traitors,” has rejected the slander charges and described them as part of official efforts to disparage him.