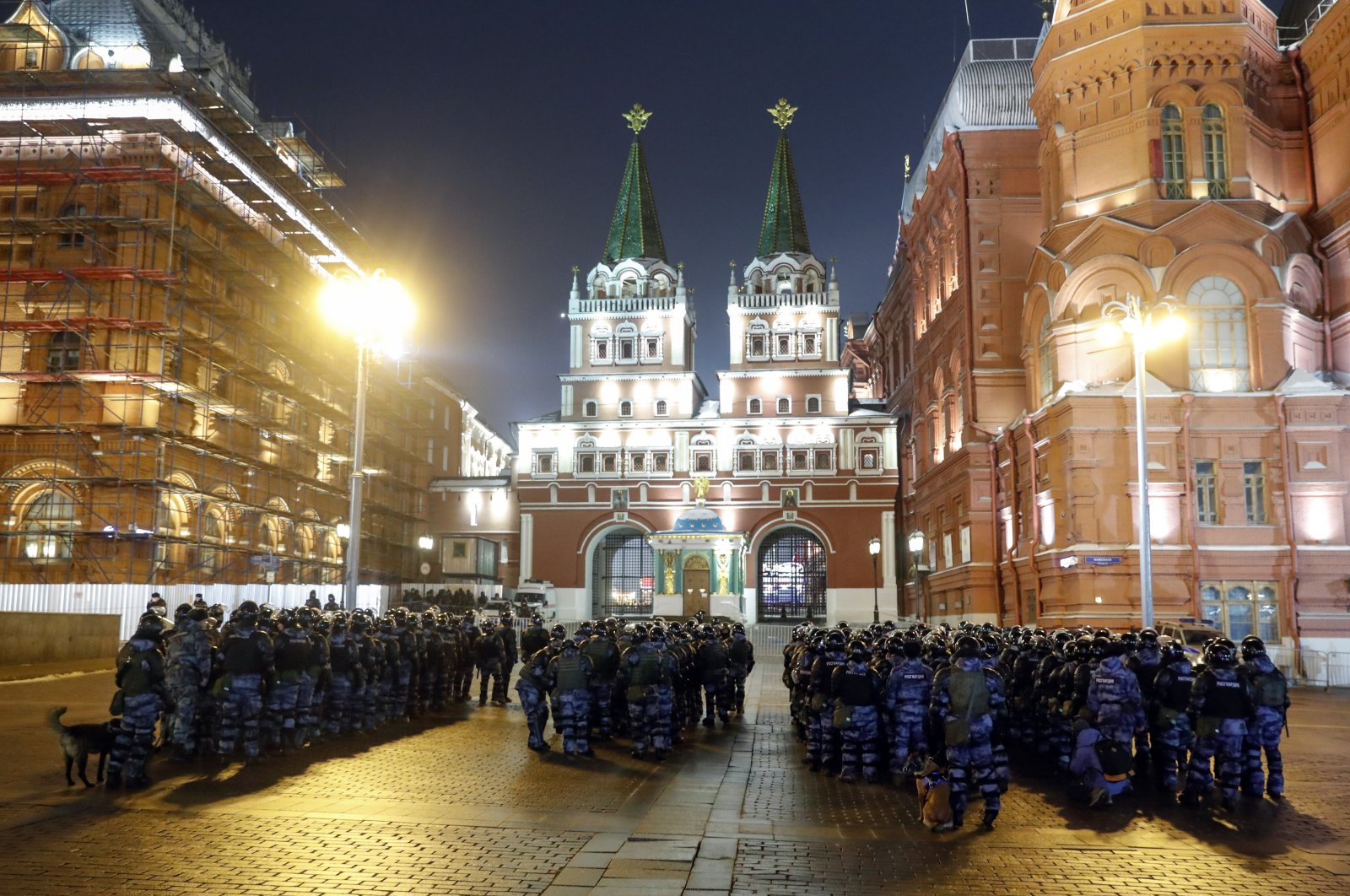 Russia on Friday announced the expulsion of diplomats from Sweden, Germany and Poland, accusing them of taking part in illegal protests last month against the jailing of Kremlin critic Alexei Navalny.

The Russian foreign ministry said in a statement that Moscow considered the actions of the diplomats unacceptable. It added that the unspecified number of diplomats who "took part in illegal protests were declared persona non grata" and "ordered to leave Russia in the near future."

German Foreign Minister Heiko Maas said Russia's decision to expel diplomats from Germany, Sweden and Poland "is in no way justified and is further damaging relations with Europe". There will be a response if Russia does not reconsider this step, Maas said in a statement.

"The ministry considers this as completely unfounded, which we have also told our Russian counterpart," the Swedish foreign ministry said, adding that it "reserves the right to an appropriate response".

The West has fiercely condemned a Russian court's decision this week to jail the 44-year-old anti-corruption campaigner for nearly three years and a crackdown on pro-Navalny protesters that has seen more than 10,000 people arrested in recent weeks. The Kremlin said Thursday that thousands of arrests at protests were a necessary response to the unsanctioned rallies, according to The Associated Press (AP).

Protests erupted after Navalny, a 44-year-old anti-corruption campaigner, was arrested on Jan. 17 upon returning from his five-month convalescence in Germany from a nerve agent poisoning, which he has blamed on the Kremlin.

Russian authorities deny any involvement and claim they have no proof that he was poisoned despite tests by several European labs.

A Moscow court on Tuesday ordered Navalny to prison for two years and eight months, finding that he violated the terms of his probation while recuperating in Germany, a ruling that caused international outrage and triggered new protests in Moscow and St. Petersburg.

Following Navalny's arrest, authorities also have moved swiftly to silence and isolate his allies. Last week, a Moscow court put his brother, Oleg, top associate Lyubov Sobol and several other key allies under house arrest – without access to the internet – for two months as part of a criminal probe into alleged violations of coronavirus restrictions during protests.

On Thursday, Sobol was formally charged with the incitement of violation of sanitary regulations by organizing protests. Protests have spread across Russia's 11 time zones over the past two weekends, drawing tens of thousands in the largest show of discontent with Putin's rule in years.

In a no-holds-barred response to the protest, police arrested over 10,000 protest participants across Russia and beat scores, according to the OVD-Info group monitoring arrests. Many detainees had to spend hours on police buses after detention facilities in Moscow and St. Petersburg quickly ran out of space, or were cramped into cells intended to accommodate far fewer inmates. Peskov said that Russia will not listen to Western criticism of Navalny's sentencing and police action against protesters.

Borrell said Friday that the bloc's ties with Russia had reached a new low, but still raised hopes for cooperation.

In Moscow for talks with Russian Foreign Minister Sergei Lavrov, Borrell repeated European calls for Navalny's release and an investigation into his poisoning, as reported by Agence France-Presse (AFP).

"Our relationship is indeed in a difficult moment," Borrell told Lavrov, adding that EU-Russia ties are "under severe strain and the Navalny case is a low point."

Borrell said there were no immediate plans for new European sanctions and both he and Lavrov stressed that the two sides would continue to work together on issues including the coronavirus pandemic. Borrell's visit was the first to Russia by a senior EU envoy since 2017, following years of deteriorating relations sparked by Russia's annexation of Crimea from Ukraine in 2014.