Most Greek Cypriot passports issued in cash scheme were ‘illegal’ 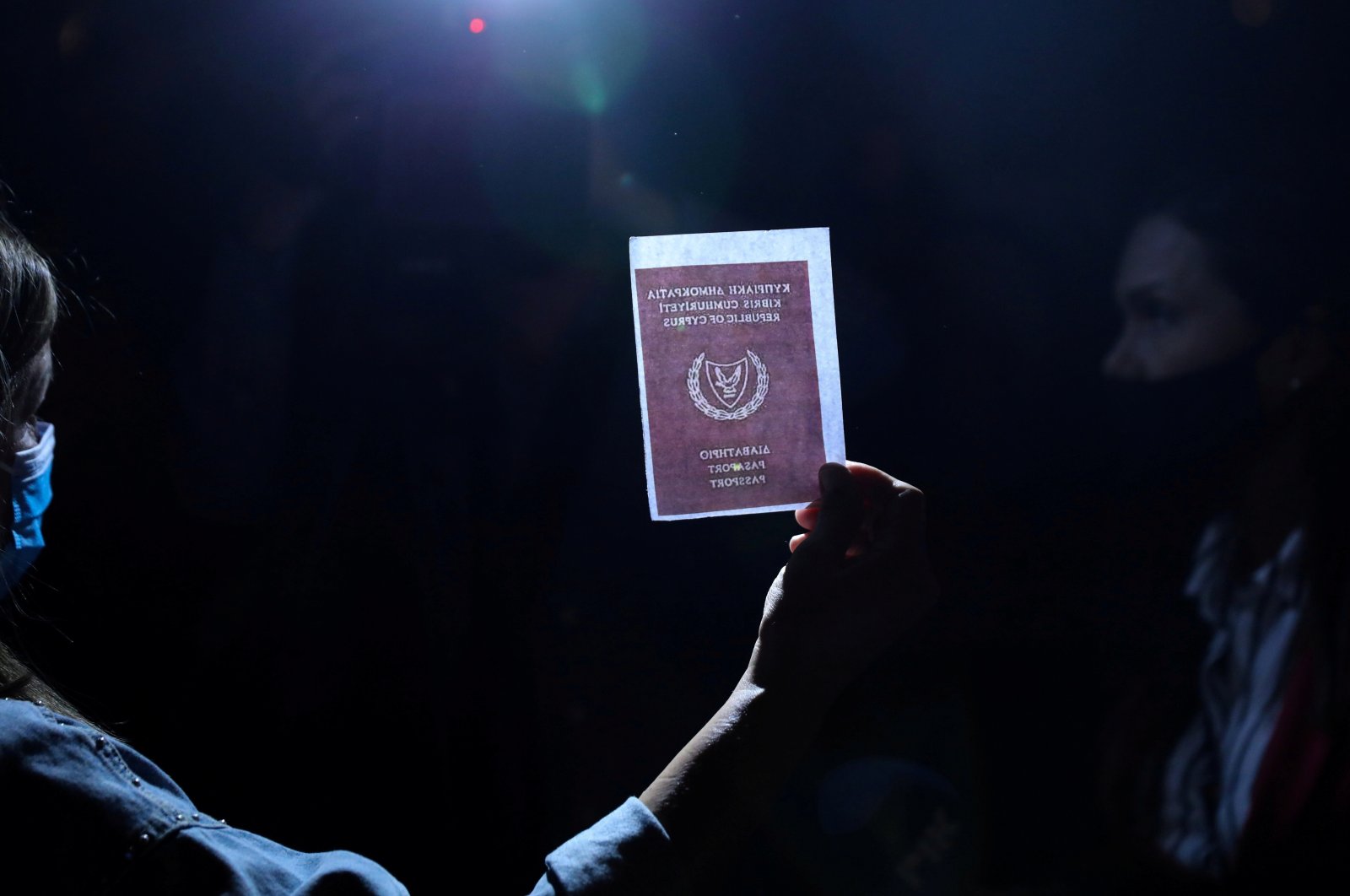 A person holds an image of a passport during a protest against corruption outside the Filoxenia Conference Center, currently hosting Cyprus parliament, in Nicosia, Cyprus Oct. 14, 2020. (Reuters Photo)
by REUTERS Apr 16, 2021 4:17 pm
RECOMMENDED

An inquiry into the purchase of Greek Cyprus passports revealed Friday that more than half of all documents Cypriot authorities issued to rich foreigners in an investment scheme were illegal.

More than 3,000 foreign investors who stumped up a minimum of 2 million euros ($2.4 million) were given Cypriot passports between 2013 and 2019, with the scheme proving popular with Russians, Ukrainians, Chinese and Cambodians.

The program was terminated last year after a corruption scandal, embarrassing the island's center-right administration which had championed the scheme before admitting it was flawed.

"Our interim report gives statistical data concerning illegal naturalisations - those which, in the view of the committee, were issued by exceeding the boundaries of the law - and those are 51.81% of the total," Myron Nicolatos, who chaired the inquiry, told reporters Friday.

He said some others were within the proper legal framework but did not meet some legal criteria which applied at the time. In "tens" of cases, the commission recommended rescinding citizenship, Nicolatos added, without giving details. His report has been passed to the attorney-general's office and not been made public.

"The interim report notes possible criminal, disciplinary or administrative responsibilities which will be investigated by the relevant authorities," said Nicolatos, who was president of the Supreme Court until he retired in 2020. Panned by critics as opaque and fraught with the risk of money-laundering, the scheme had been staunchly defended by the government through a slew of mainly foreign media reports and European Union misgivings.

The authorities were forced to unceremoniously dump it after Qatar-based the Al-Jazeera network secretly filmed a former speaker of parliament and others allegedly offering to help a person with a criminal record obtain a passport. He resigned, but denied any wrongdoing, saying his comments were taken out of context.

The European Commission launched infringement procedures against Cyprus over the scheme last year, arguing that granting EU citizenship for pre-determined payments, without any genuine link to the state, concerned undermined EU citizenship. Investigators probed 2,478 passports issued from 2007 to 2016, and an additional 417, deemed high-risk, until 2020.