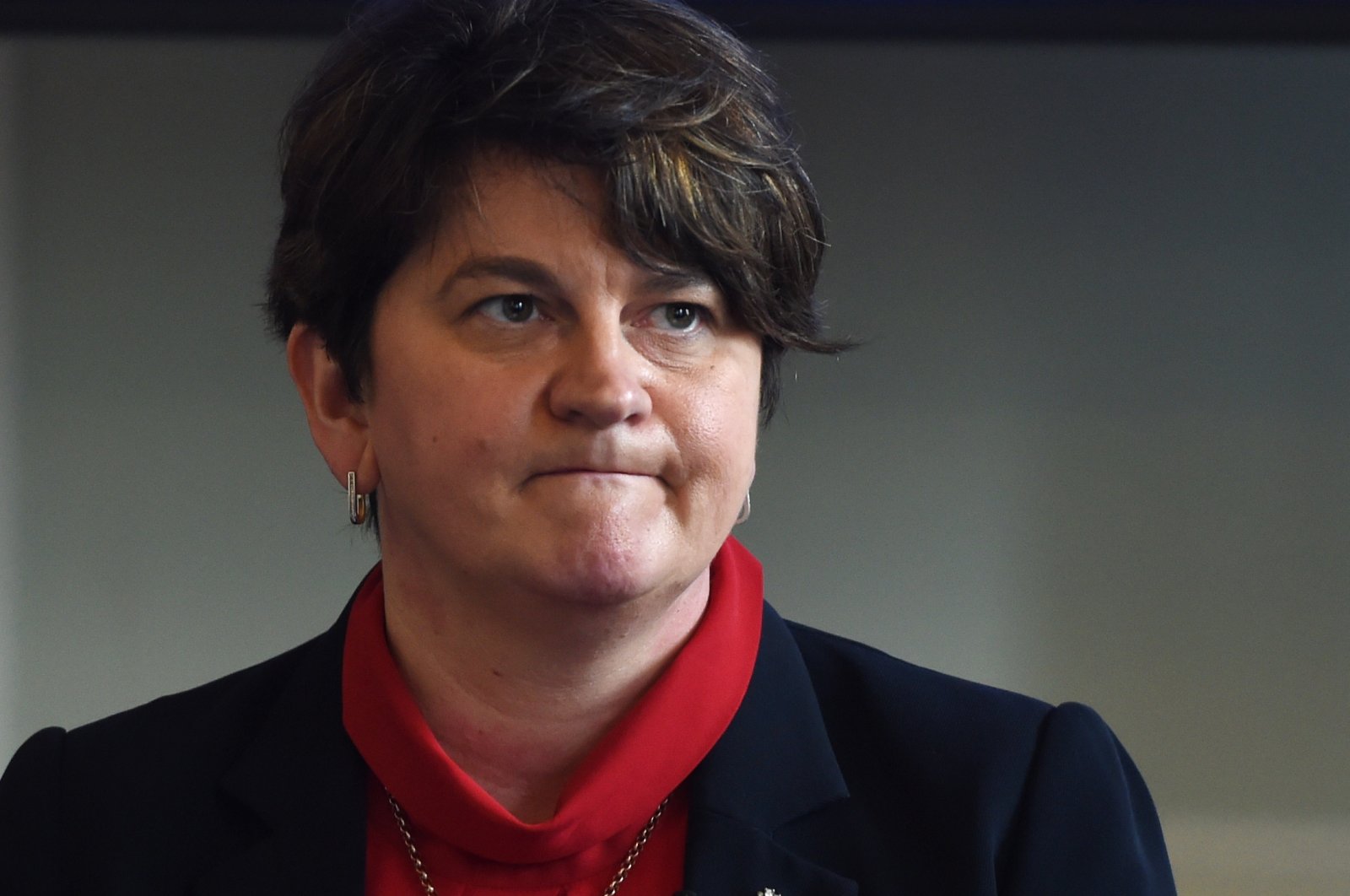 After members of the Democratic Unionist Party (DUP) pushed to oust Northern Ireland's leader Arlene Foster over her handling of the fallout from Brexit and other issues she announced her resignation Wednesday.

Foster said she would step down as leader of the party on May 28 and as first minister of Northern Ireland at the end of June. Her position became untenable after many of her party's lawmakers signed a letter of no-confidence in her.

Foster said it had been "the privilege of my life” to serve the people of Northern Ireland.

"I have sought to lead the party and Northern Ireland away from division and towards a better path,” she said in a televised statement.

The move against Foster, who has led the party since 2015, was the latest evidence of how Britain’s economic split from the European Union at the end of 2020 has shaken the political balance in Northern Ireland, a part of the U.K. where some people identify as British and some as Irish.

The new arrangements have angered Northern Ireland’s British unionists, who say the new checks amount to a border in the Irish Sea, weaken ties with the rest of the U.K. and could bolster calls for Irish reunification.

Tensions over the new rules were a contributing factor to a week of street violence in Northern Ireland cities earlier this month that saw youths pelt police with bricks, fireworks and petrol bombs.

Foster and other prominent DUP politicians are facing the wrath of party members for backing the divorce agreement that British Prime Minister Boris Johnson struck with the EU.

Foster also has alienated sections of the conservative, Protestant party by taking a too-liberal stand on social issues. Some are angry that Foster did not join most of her Democratic Unionist Party colleagues in voting against a move to ban "gay conversion” therapy last week in the Northern Ireland Assembly.

Foster, 50, grew up during the decades of Northern Ireland violence known as "the Troubles,” and as a child saw her father, a part-time police officer, shot and wounded in an Irish Republican Army attack.

She entered politics after the 1998 Good Friday peace accord established a power-sharing government in Belfast and became first minister in 2016.

Foster led the Northern Ireland executive alongside the IRA-linked party Sinn Fein, though the relationship was often rocky. The Belfast administration collapsed in January 2017 over a botched green energy project. It remained suspended for almost three years amid a rift between British unionist and Irish nationalist parties over cultural and political issues, including the status of the Irish language.

Northern Ireland’s government resumed work at the start of 2020, but deep distrust remained on both sides.

Foster was the first woman to lead the DUP, a party rooted in the fundamentalist Free Presbyterian Church.

"My election as leader of the Democratic Unionist Party broke a glass ceiling, and I am glad inspired other women to enter politics and spurred them on to take up elected office,” Foster said.

She urged other women to follow suit despite "the misogynistic criticisms that female public figures have to take.”

Foster’s replacement, to be selected by the DUP, is likely to take a strong line against the post-Brexit trade arrangements. The party wants the U.K. government to rip up its divorce agreement with the EU. The bloc says that is impossible, and the U.K. government says it is working to overcome teething problems in the new relationship.

Tim Cairns, a former DUP special adviser, said that "whoever the first minister ends up being, there’s going to be more pressure on Boris Johnson.”

"Neither the British government nor the European Union will alter their position" on the post-Brexit arrangements, he said.

"Regardless of personnel changes, the fundamental problems have not changed and therefore neither have the solutions. We need parties and political leaders who are committed to the institutions of devolution and want to make this place work.”