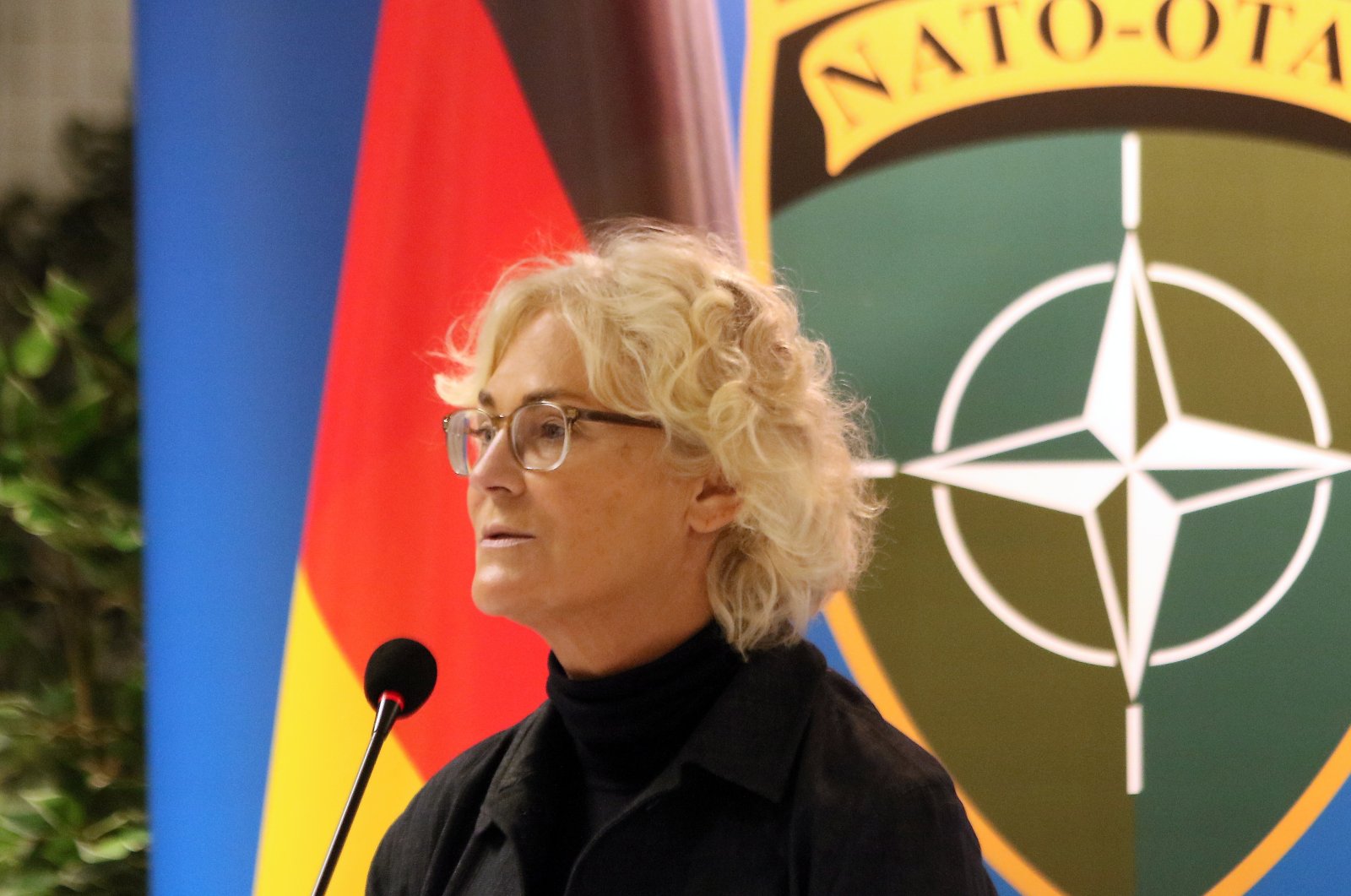 German Defense Minister Christine Lambrecht underlined Sunday the need for diplomacy and a credible defense on NATO's eastern flank, during an inaugural trip to meet Bundeswehr troops in Lithuania.

"My first trip leads me quite deliberately to Lithuania," the Social Democrat said in the Lithuanian town of Rukla, where German troops are housed alongside other NATO allies.

"We stand firm at the side of our partners and friends," Lambrecht added.

Her visit comes against the backdrop of growing tensions with Russia, which has amassed troops along Ukraine's borders, prompting Western fears of an invasion.

"The situation in Ukraine is serious. We are following it very, very attentively and I can understand the concerns of our Baltic allies and understand when you feel threatened," Lambrecht said at a press conference with her Lithuanian counterpart Arvydas Anusauskas.

The German minister said she was convinced the tensions must be resolved diplomatically.

"At the same time, credible deterrence is necessary. A very important signal," she added, noting that Germany was making an important contribution to NATO's deterrence.

"We in NATO are prepared to act resolutely and unitedly for the security of our allies," Lambrecht pledged.

The two ministers had discussed a multitude of common challenges, Lambrecht said, including "intensive" discussions about the situation on the border with Belarus, where Lithuania – as well as Poland – has been engaged in a migration stand-off with Minsk.

Anusauskas said Russia must not be allowed to draw red lines. It was not acceptable for Moscow to try to negotiate on spheres of influence in Europe, or to define as a negotiation target the withdrawal of NATO allies from eastern member states, he added.

Lithuania was prepared to deliver weapons to Ukraine, Anusauskas added.

Lambrecht took up the post of defense minister this month as part of Germany's new government under Chancellor Olaf Scholz. Her visit also aimed to continue the tradition of meeting deployed Bundeswehr troops in the run-up to Christmas.

Germany provides about half of the 1,200 men and women of the multinational NATO combat unit in Lithuania and leads it as a so-called framework nation.

The NATO troops are housed in a barracks in the town of Rukla, together with Lithuanian forces. The deployment includes soldiers from the Netherlands, Belgium, Norway, the Czech Republic and Luxembourg.

In response to Russia's annexation of the Ukrainian peninsula of Crimea in 2014, the Western defense alliance had strengthened the protection of its own eastern flank.

Joint combat units were stationed in the three Baltic states and Poland as part of an "enhanced forward presence."

They are exchanged every six months, partly because the NATO-Russia Founding Act does not permit the permanent stationing of Allied troops in Eastern Europe.