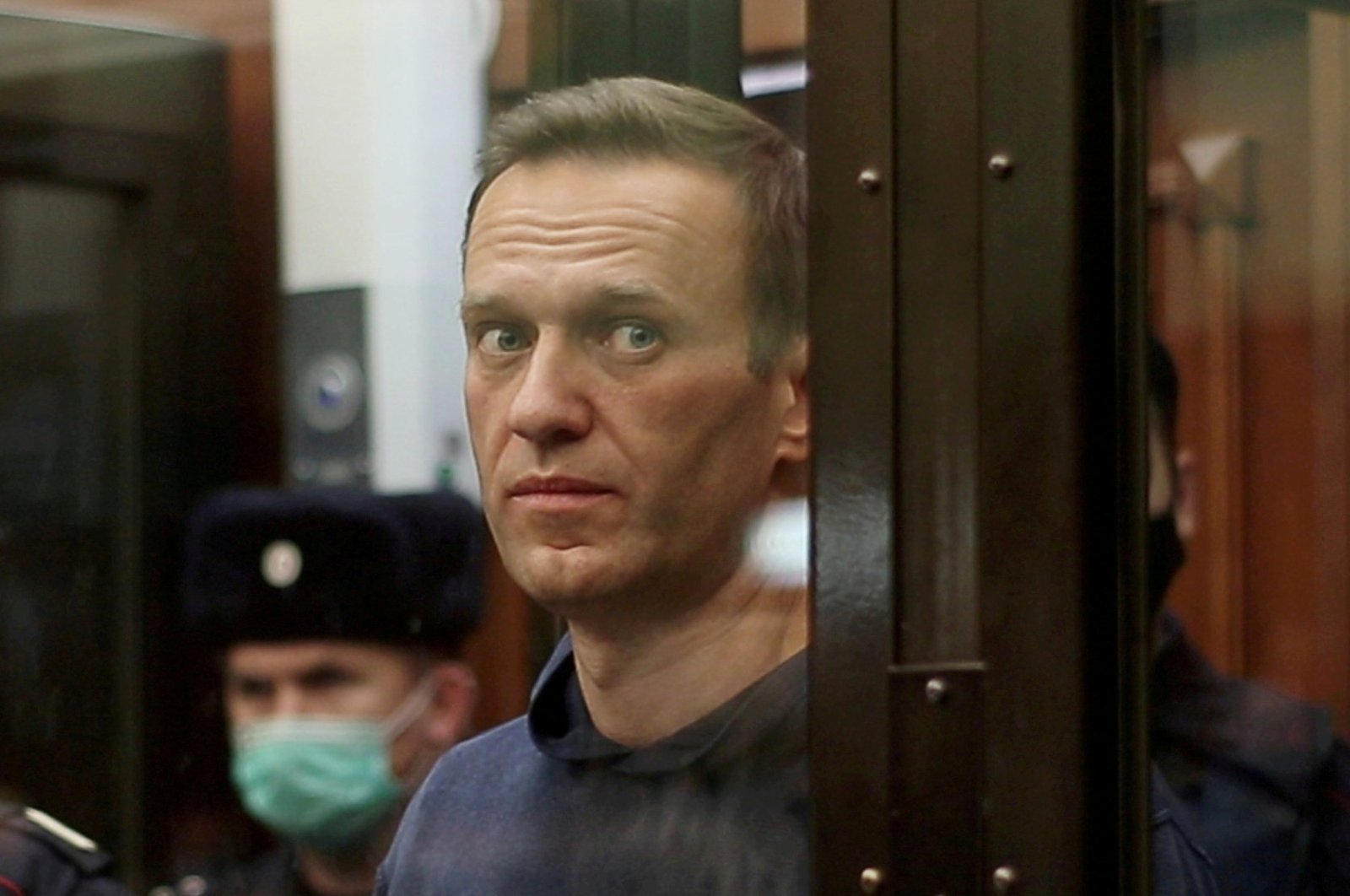 A still image taken from video footage shows Russian opposition leader Alexei Navalny, who is accused of flouting the terms of a suspended sentence for embezzlement, inside a defendant dock during the announcement of a court verdict in Moscow, Russia, Feb. 2, 2021. (Press service of Simonovsky District Court via Reuters)
by Agencies Mar 15, 2021 6:05 pm
RECOMMENDED

The main Russian opposition leader and Kremlin critic Alexei Navalny said Monday he was locked up in a "real concentration camp".

Navalny's Instagram account confirmed on Monday that the jailed opposition politician is being held in a prison camp in Russia's Vladimir region northeast of Moscow known for its strict regime. His precise location had been unknown after his legal team said last week that he had been moved from the nearby Kolchugino jail and that they had not been told where he was being taken. Navalny's supporters used the Russian hashtag #WhereisNavalny, writing on Twitter that the move was designed to prevent his lawyers and family from reaching him.

Navalny, 44, one of President Vladimir Putin's most prominent critics, was jailed earlier this year for parole violations in a decision that the West has condemned as politically motivated. He returned to Russia in January from Germany where he had been recuperating after falling ill from what German authorities say was poisoning by a banned nerve agent. The Kremlin has denied involvement in his illness.

His Instagram account said he was being held in a heightened security section of the prison camp.

"I have to admit that the Russian prison system was able to surprise me. I had no idea that it was possible to arrange a real concentration camp 100 km from Moscow," Navalny posted on Instagram along with a photo of himself with a close-cropped haircut. He added that he was in Penal Colony No. 2 in the town of Pokrov in the Vladimir region.

In his post, opposition leader wrote that "video cameras are everywhere, everyone is watched and at the slightest violation they make a report".

"I think someone upstairs read Orwell's 1984 and said: 'Yeah, cool. Let's do this. Education through dehumanisation'," he added.

Navalny said that he had not yet seen any hints of violence at the colony, but because of the "tense posture of the convicts", he can "easily believe" previous reports of brutality.

Earlier this month, activist Konstantin Kotov, who spent nearly two years at the colony for violating protest rules, described to Agence France-Presse (AFP) an environment in which inmates are not treated "like people".