Putin critic Navalny's location unknown after being moved from jail 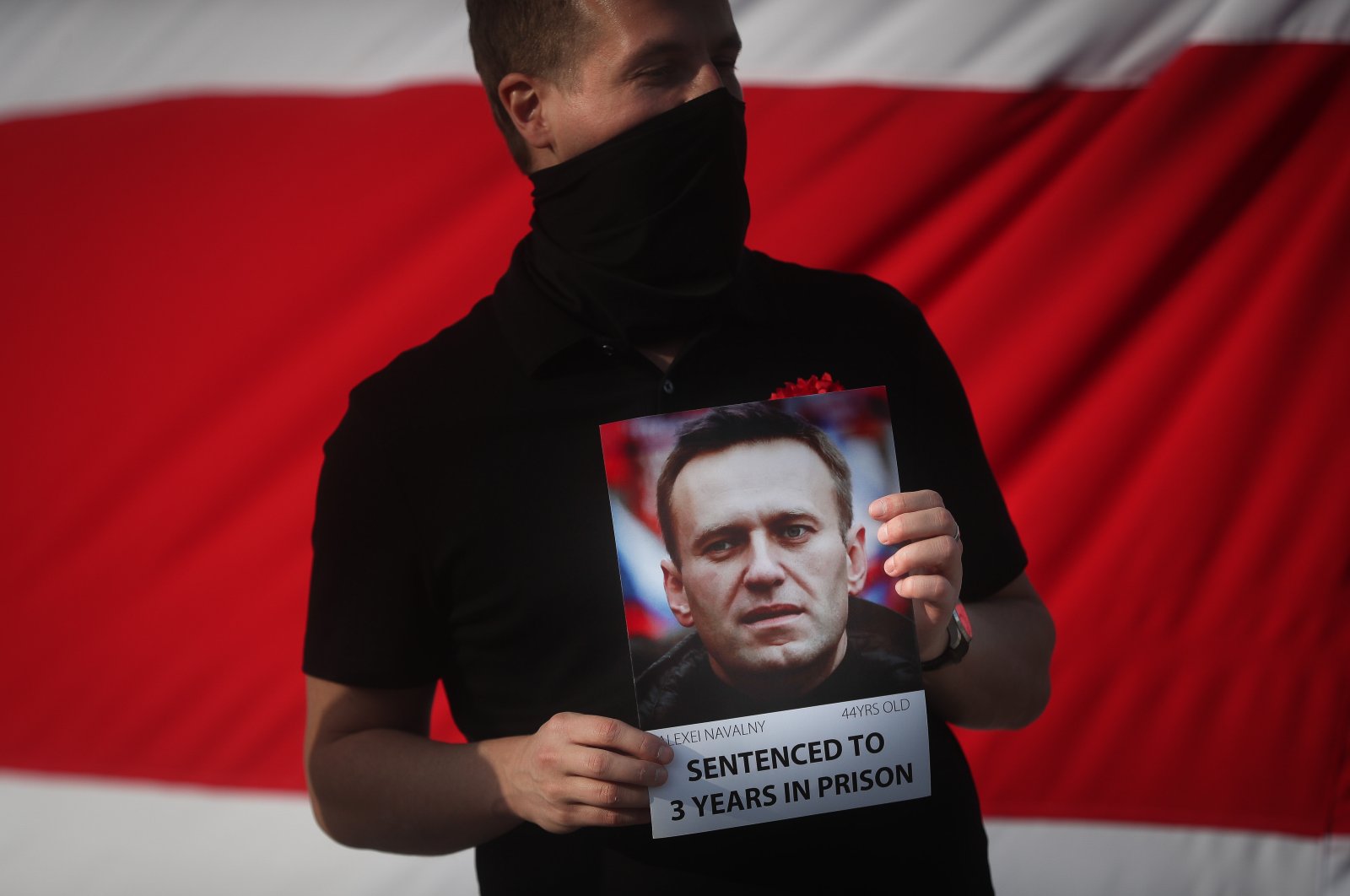 A man holds a picture of the Russian opposition leader Alexei Navalny in a demonstration in solidarity with Belarus' political prisoners, during the visit of Svetlana Tikhanovskaya in Lisbon, Portugal, March 6, 2021. (EPA Photo)
by REUTERS Mar 12, 2021 7:34 pm
RECOMMENDED

Kremlin critic Alexei Navalny has been moved from a jail where he had been held in quarantine for the past several weeks, and the TASS news agency said he was now at the penal colony where he is meant to serve out a two-and-a-half-year sentence.

One of Navalny's lawyers confirmed that Navalny was no longer being held at the Kolchugino jail in the Vladimir region northeast of Moscow, but said the legal team had not been told where he had been taken.

TASS, quoting an unidentified law enforcement official, said it was to the nearby IK-2 penal colony. A spokeswoman for the Federal Penitentiary Service said she could not disclose information on Navalny's whereabouts because of laws protecting personal information.

Navalny's supporters used the Russian hashtag #WhereisNavalny, writing on Twitter that the move was designed to prevent his lawyers and family from reaching him.

Navalny, 44, one of President Vladimir Putin's most prominent critics, was jailed for parole violations in a decision that the West has condemned as politically motivated.

He returned to Russia in January from Germany where he had been recuperating after falling ill from what German authorities say was poisoning by a banned nerve agent. The Kremlin has denied involvement in his illness.

Vadim Kobzev, one of Navalny's lawyers, said he had visited Navalny at Kolchugino on Thursday, but that another lawyer had tried to see him on Friday only to be told that he was no longer at the jail.

"The prison said he wasn't there and that's it," Kobzev told Reuters, adding that Navalny was in good health when he had visited him the previous day.

Western countries have called for Navalny's release, and the United States and European Union have imposed sanctions against Russian officials over the case.