Nazi-looted French painting on display in search for rightful owner 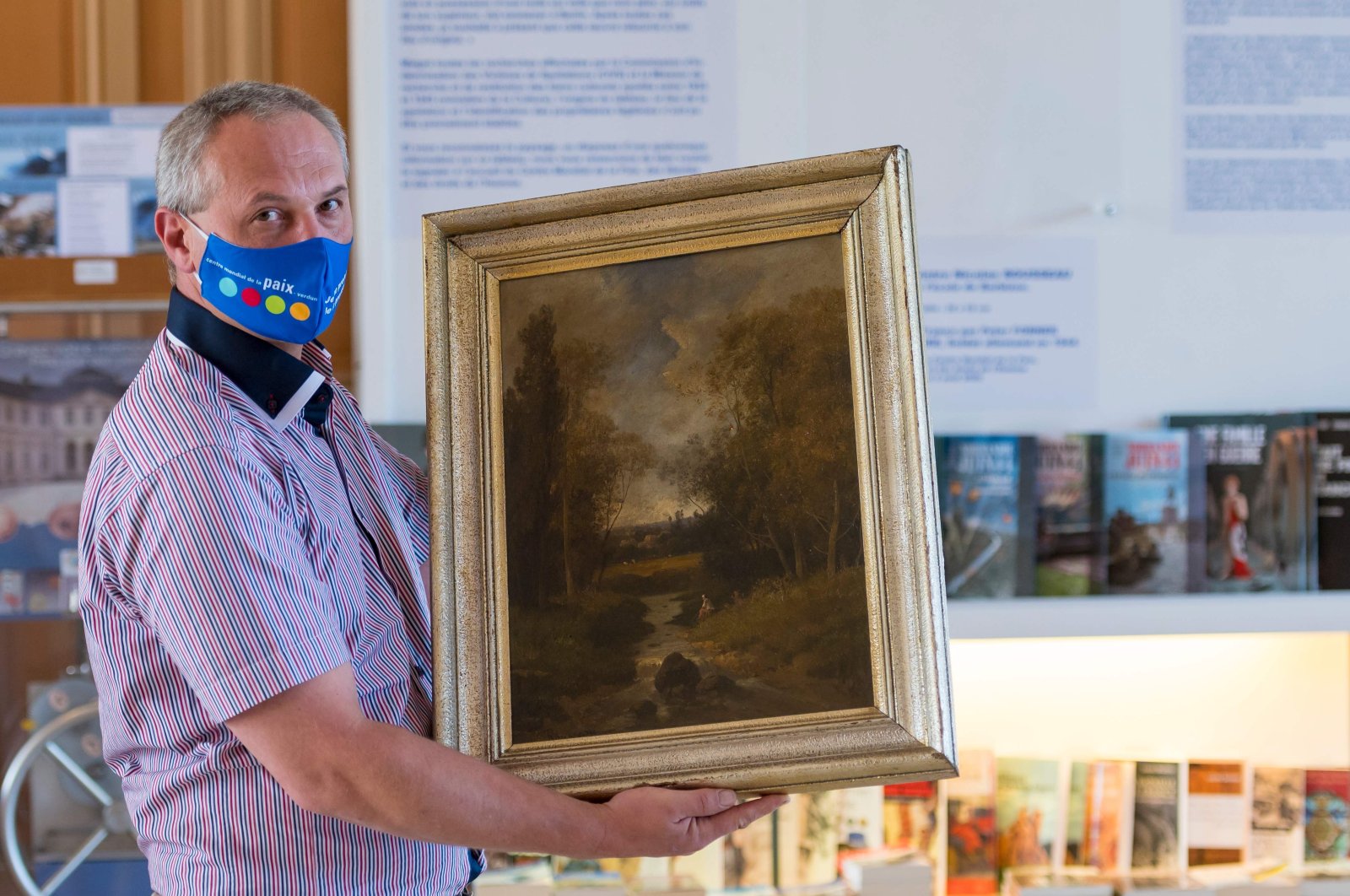 A 19th-century oil painting stolen from occupied France during World War II has gone on display in a bid to trace its rightful owners after being returned by the son of the German soldier who took it on orders from above.

After 76 years in Germany, the small untitled artwork by French painter Nicolas Rousseau is back in France and exhibited at the World Centre for Peace, Liberty and Human Rights in the northeastern town of Verdun.

Next to it hangs a sign: "If you recognize the landscape or have any information about this painting, we would be grateful if you would let us know."

Philippe Hansch, the center's head, went to fetch the painting from Berlin at the beginning of August and brought it back by car.

For the last fortnight, it has hung in the lobby of the center, which receives around 60,000 visitors a year, in hope that it will nudge someone's memory and lead the painting back to its owners or their heirs.

"We wanted it to be immediately accessible to visitors when they walk in and free of charge," Hansch said.

"There's pride and emotion, a lot of happiness, but also a responsibility," he added.

In the artwork, a figure sits on a riverbank under cloudy skies, surrounded by tall trees and with a village off in the distance.

Rousseau was a member of the Barbizon school of painters, who embraced naturalism in art.

"The painting is a big symbol of Franco-German friendship and allows the history of World War II to be told with fresh eyes from the French side and German side," he added.

In spring 1944, Alfred Forner, an NCO in the German Luftwaffe, was stationed somewhere between France's northern Normandy region and the town of Saint-Omer further up the coast.

He was commissioned by a superior to bring the Rousseau painting to Berlin during his leave.

Very little is known about the circumstances.

But when he got to the address in the German capital where he had been told to take the canvas, he found the building in ruins.

"In a pragmatic way, he goes home, leaves the painting at his place and leaves again for the front," Hansch said.

Forner died in combat some months later, during the summer.

But in January last year, his son Peter Forner contacted the French embassy in Berlin, expressing the wish that the painting be returned and its owners found.

Julien Acquatella, of the Commission for the Compensation of Victims of Spoliation (CIVS) in Berlin, said Peter had suffered a health problem four or five years ago which entailed a lengthy hospital stay.

"He made a list of things to resolve and the painting's restitution was at the top of this list," he said.

"It was a very brave gesture and a natural act for him: this painting didn't belong to his family."

Since then, the CIVS, together with the French culture ministry's Mission for the Research and Restitution of Cultural Property Dispossessed between 1933 and 1945 have tried to identify the painting's owners or their legal successors – but, so far, to no avail.

"It's a very difficult case because the painting doesn't have a high value, it isn't necessarily therefore documented," Acquatella said.

This means the area of research is vast, he added, though he is not without hope.

By exhibiting the painting – a move he said was unprecedented – they hope to identify the owners but also to carry out the last wishes of Peter Forner, who died in May at age 80.

An official ceremony of restitution is due to be held in October at the World Centre for Peace, housed in an archbishop's palace.

The painting will then join an exhibition on the end of World War II, planned for the close of the year.