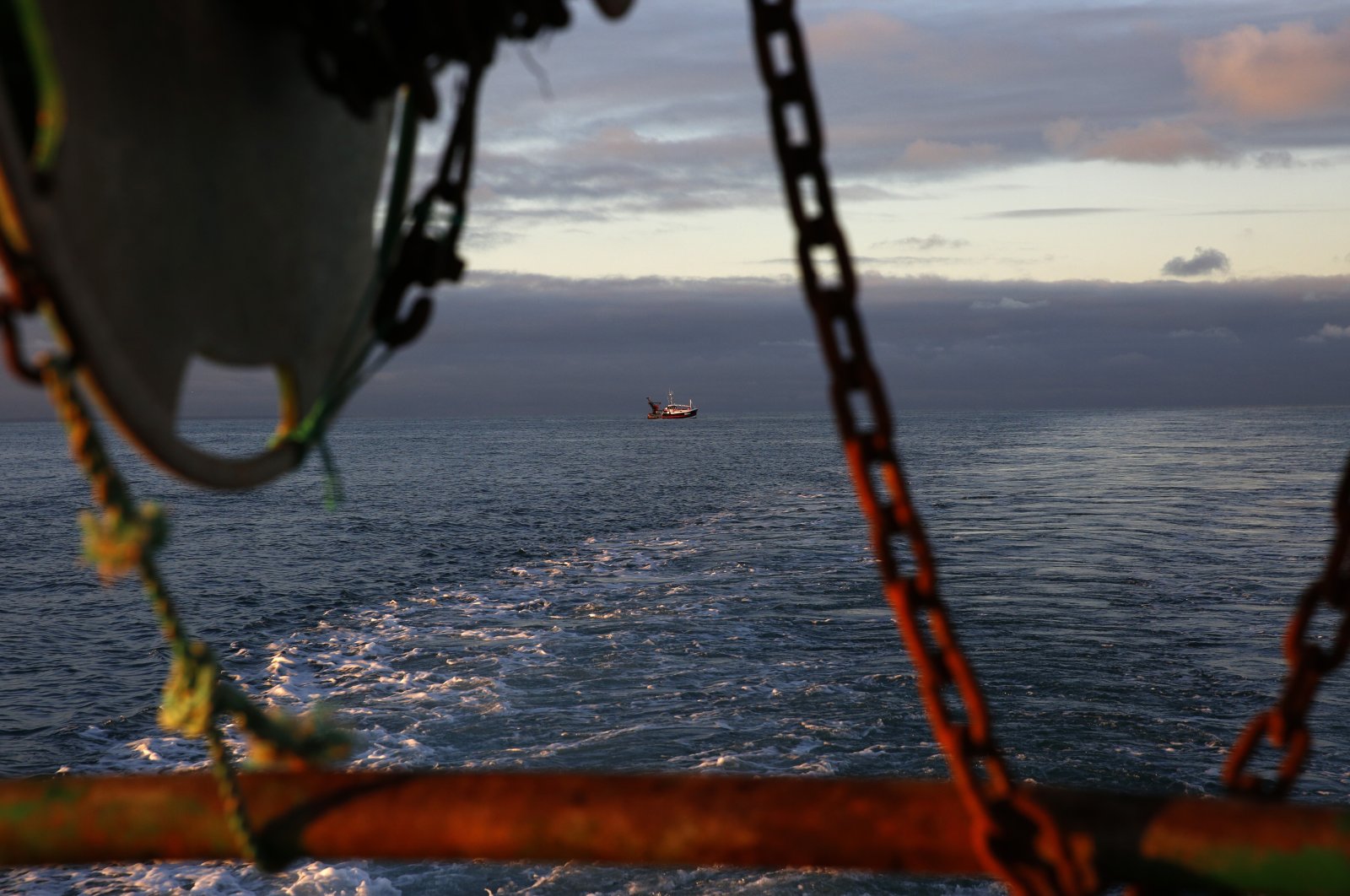 Around 1,000 people reached Britain in a single day after risking their lives in small boats in the English Channel, a new record for the current crisis.

A young girl wrapped in a red jacket was seen being carried ashore in Dover on Thursday, one of hundreds of people brought into the Kent port after being picked up at sea.

Lifeboat crews and Border Force boats were busy well into the evening after spending hours intercepting boats in the Dover Straight throughout the day.

Thursday's total will surpass the previous single-day record for the current crisis of 853 set earlier this month when figures are finalized.

It comes despite two people losing their lives attempting the perilous crossing and more feared missing at sea in recent weeks.

Border officials were busy well into Thursday evening in Dover as they worked to process the many arrivals.

Children wrapped in jackets and blankets against the autumn chill, some carried in the arms of adults, were among those being helped onto the quayside throughout the day.

Further along the coast, more people were reportedly seen arriving on Hastings beach after being picked up by the Royal National Lifeboat Institution (RNLI).

In 2019, Home Secretary Priti Patel promised to make migrant crossings an "infrequent phenomenon" by spring 2020 and then pledged in August last year to 'make this route unviable."

During this time, the British government has agreed to pay France millions of British pounds to increase security on its northern coast.

Despite the increasing numbers of small boats arrivals, the United Kingdom continues to see far fewer boat arrivals and asylum claims than many of its European counterparts.

At least 100,907 people have arrived in Europe via the Mediterranean by land and sea so far this year, according to data from the United Nations High Commissioner for Refugees (UNHCR).

At least 1,313 people are estimated to be dead or missing, according to the same data.