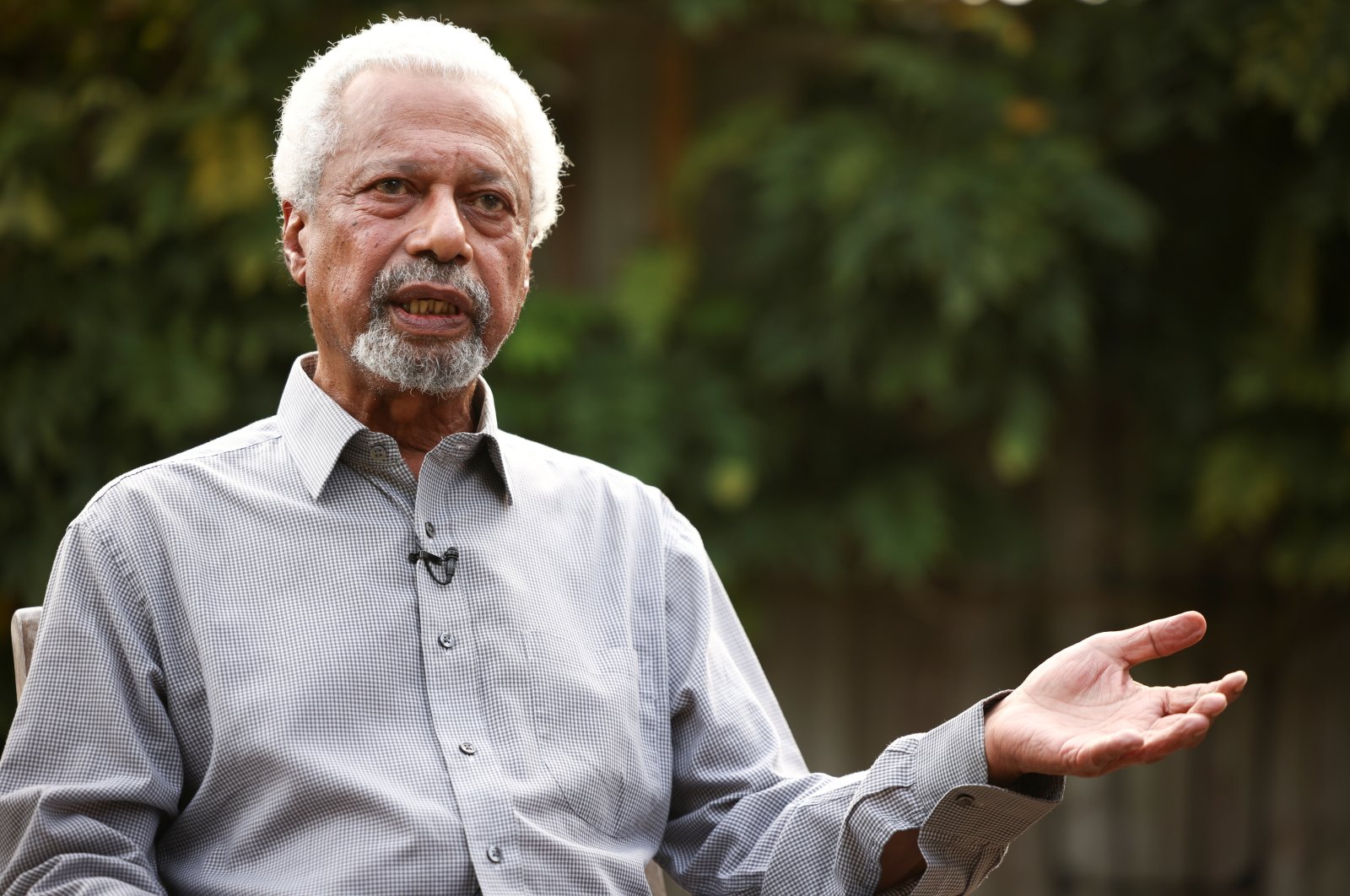 Tanzanian novelist Abdulrazak Gurnah, winner of the 2021 Nobel Prize for Literature, during an interview with Reuters at his home in Canterbury, Britain, Oct. 7, 2021. (Reuters Photo)
by ASSOCIATED PRESS
Oct 08, 2021 6:26 pm

Nobel literature laureate Abdulrazak Gurnah criticized Western governments for their lack of compassion for migrants and for seeing them as an issue or threat.

Gurnah grew up on the island of Zanzibar, now part of Tanzania, and arrived in England as an 18-year-old refugee in the 1960s. He has drawn on his experiences for 10 novels, including “Memory of Departure,” “Pilgrims Way,” “Afterlives” and the Booker Prize finalist “Paradise.”

Announcing the Nobel Prize in Literature Thursday, the Swedish Academy said the award recognized Gurnah’s “uncompromising and compassionate penetration of the effects of colonialism and the fate of the refugee in the gulf between cultures and continents.”

He is only the sixth person born in Africa to win the world’s most prestigious literary accolade, first awarded in 1901. The prize carries a purse of 10 million Swedish kronor (over $1.14 million) from a bequest by founder Alfred Nobel.

Gurnah said migration is “not just my story ... It’s a phenomenon of our times.”

The 72-year-old novelist said the tribulations faced by migrants hadn't lessened in the decades since he left his homeland.

“It might seem as if things have moved on, but once again you get new arrivals, same old medicine,” Gurnah told reporters a day after winning the prize. “Same old ugliness in the newspapers, the mistreatment, the lack of compassion from the government.”

Gurnah said Britain has become more aware of racism over the decades and had “accelerated” discussion of its imperial past. But “institutions, it seems to me, are just as mean, just as authoritarian as they were.”

Gurnah said Britain’s detention of asylum-seekers and the Windrush scandal, in which thousands of long-term residents of the United Kingdom from the Caribbean were caught up in a crackdown on illegal immigration, “seem to me to be just continuations of the same ugliness.”

Gurnah, who holds British citizenship and recently retired as a professor of literature at the University of Kent, urged governments to stop seeing migrants as a problem to be solved.

“These people are not coming with nothing,” he said. “They are coming with youth, with energy, with potential.”