Number of migrants arriving in Italy doubles in 12 months 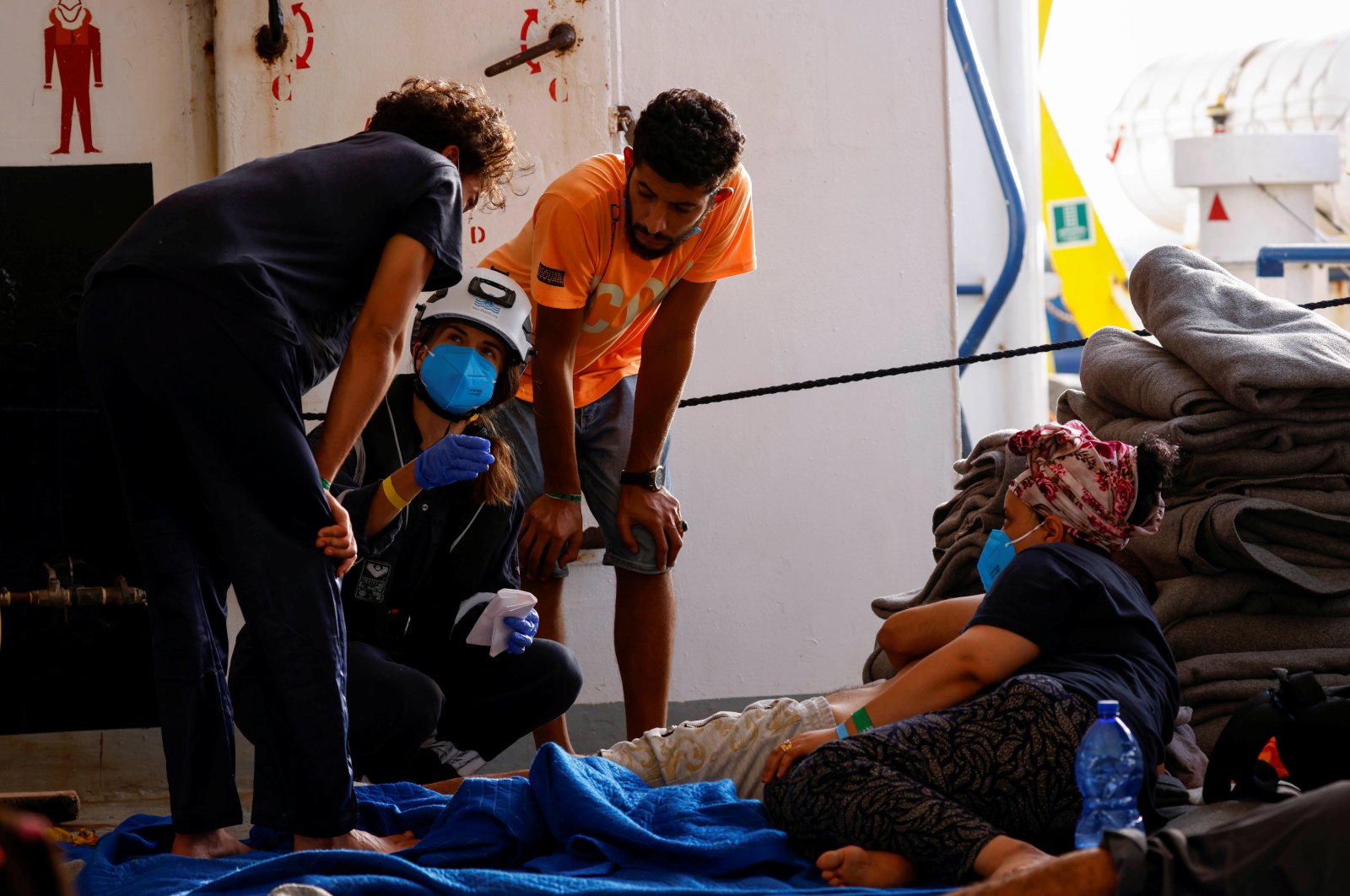 A medic talks with migrants after a migrant fell ill and collapsed on the German NGO migrant rescue ship Sea-Watch 3, while waiting for the last group of migrants to disembark from the ship in Trapani on the island of Sicily, Italy, Aug. 8, 2021. (Reuters Photo)
by German Press Agency - DPA Aug 16, 2021 11:13 am
RECOMMENDED

The number of migrants and refugees who arrived in Italy has doubled in the past 12 months, the country's interior ministry said Sunday.

Only 4,239 people were rescued from the Mediterranean by rescue ships run by nongovernmental organizations (NGOs) and brought to Italy.

The vast majority of the newcomers – 40,727 – were people who reached Italy independently in what the authorities call "autonomous landings." According to the statistics, the majority of the migrants had set sail in Libya (22,343) or Tunisia (17,677).

According to the information provided by migrants upon arrival, Tunisians were the most represented (14,153 in total), followed by Bangladeshis (6,027) and citizens of the Ivory Coast (3,312).

The former social democratic government under Prime Minister Paolo Gentiloni began in 2017 to significantly tighten migration policy. This included a controversial agreement with Libya aimed at getting the Libyan authorities to not let migrants out to sea.

Italy's populist government and Interior Minister Matteo Salvini from the right-wing Lega were more restrictive after the 2018 elections. Salvini fought the international aid organizations and closed ports to rescue ships.