After days at sea, some migrants reach Italy, others wait 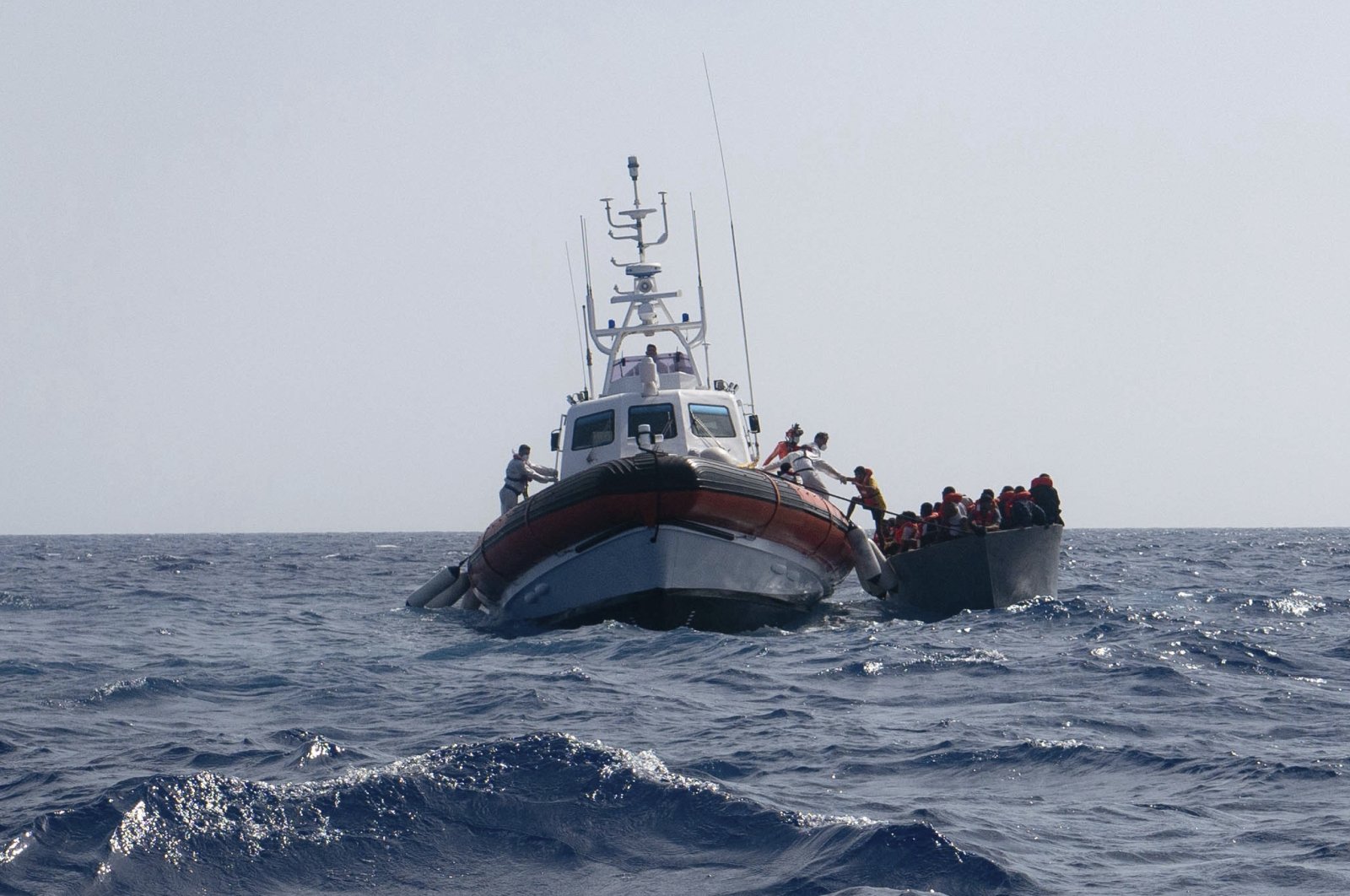 A boat overcrowded with migrants is being rescued by German charity boat Sea-Watch 3 in the Mediterranean sea, Aug. 2, 2021. (Sea-Watch.org via AP)
by ASSOCIATED PRESS Aug 07, 2021 2:10 pm
RECOMMENDED

A tragedy was averted on off the coast of Italy. German charity boat Sea-Watch 3 carried 257 rescued migrants to port on Saturday. Meanwhile, another larger humanitarian vessel that carries 549 migrants has been waiting for a port assignment for six days now.

After several days in limbo at sea, Sea-Watch 7 sailed into port at Trapani, western Sicily after Italian authorities granted permission. Among the migrants aboard were 70 minors, some of them traveling without adult guardians while trying to reach Europe.

Italy appealed to the European Union earlier in the week to press fellow EU nations to take some of the thousands of asylum-seekers who have arrived in the country in recent months, a sharp uptick since 2020. But similar past appeals for EU solidarity largely went unheeded, and there was no immediate signal the Italian government’s latest pitch would prove more effective.

A French charity, SOS Mediterranee, said Saturday that its rescue vessel was still awaiting port authorization. The Ocean Viking is carrying 549 passengers, including a 3-month-old infant, who were rescued in six separate operations over the course of the week, the organization said. The Italian Coast guard took one migrant off the boat for medical reasons on Friday night, the fourth such evacuation from the Ocean Viking in recent days.

"The #OceanViking is still without any information about disembarking,'' SOS Mediterranee tweeted. ”Our medical team is observing ever more signs of psychological unease aboard. Yesterday, a person fainted due to exhaustion. We're running out of medicines.''

Italy's interior minister earlier in the week pressed the EU for an "urgent” change of direction on migrant policy. Right-wing leader Matteo Salvini, whose anti-migrant League party is a member of the country's wide-ranging coalition, is insisting Premier Mario Draghi act decisively to stem the flow of migrants arriving on Italy's shores.