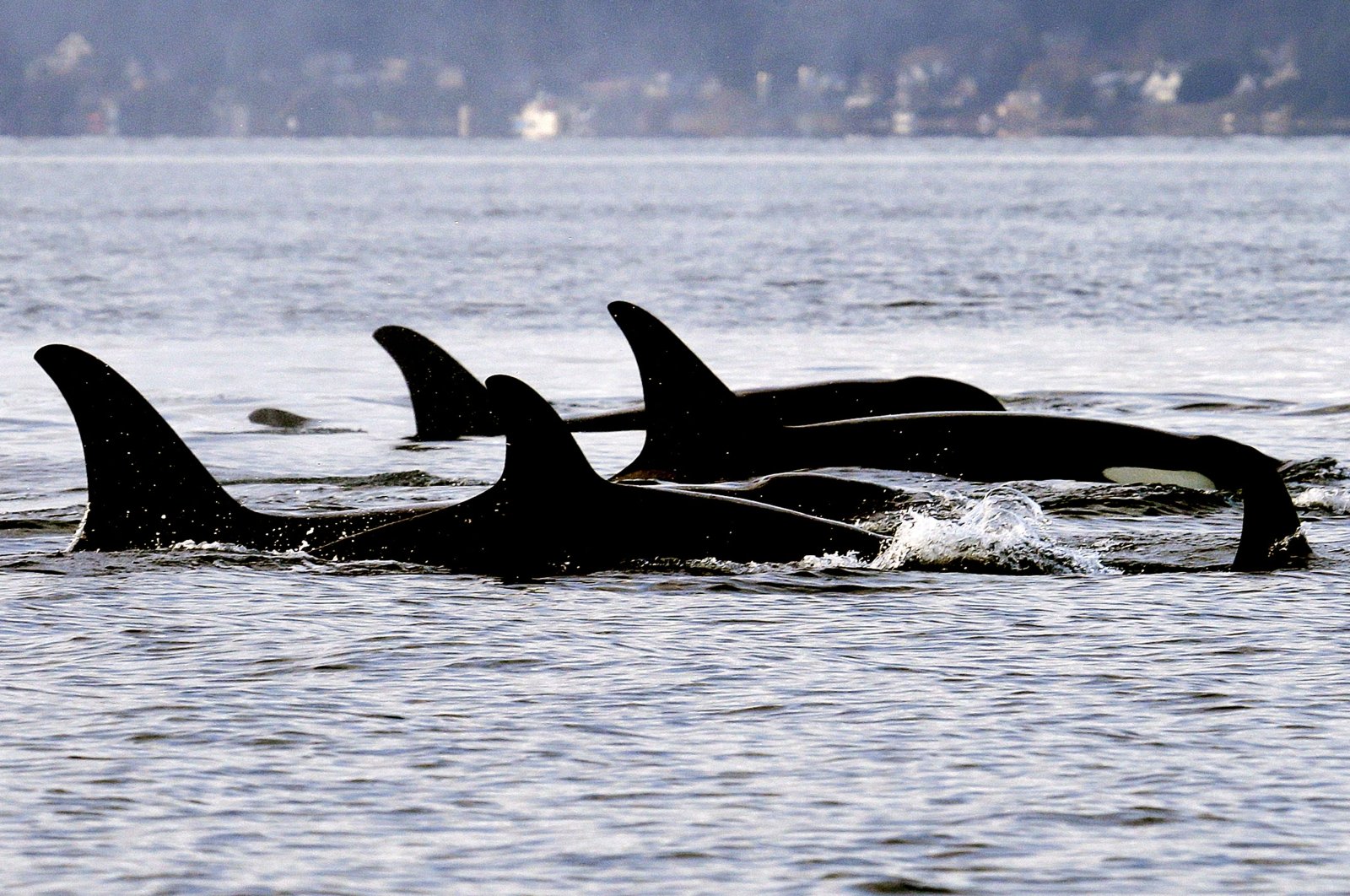 In this Jan. 18, 2014, file photo, endangered orcas from the J pod swim in Puget Sound west of Seattle, U.S., as seen from a federal research vessel that had been tracking the whales. (AP Photo)
by ASSOCIATED PRESS Sep 23, 2020 8:44 pm
RECOMMENDED

Spain has temporarily prohibited yachting across 100 kilometers (62 miles) of its northwestern coast after orca whales apparently got carried away while playing and damaged several sailboats.

Spain's transport ministry issued the weeklong prohibition for sailboats under 15 meters (49 feet) long starting Tuesday. It said the area covered by the ban meant to protect both boats and maritime mammals and could be extended to "follow the migration routes" of the whales.

Boats can leave port to go into the open sea between the capes of the Prioriño Grande and la Punta de Estaca de Bares, but they must not remain near the coast off the country’s northwestern tip.

The ministry said the first reported incident occurred Aug. 19. Since then, it said an unspecified number of sailboats have been damaged by orcas, with some needing assistance from Spain’s maritime rescue service after their rudders were wrecked.

Biologist Bruno Díaz of the local Bottlenose Dolphin Research Institute said the orcas were most likely just playing a bit too rough.

He said orcas, like other cetaceans such as dolphins, like to swim alongside boats. Running into hulls is rare, but he believed it was likely done by "immature teenage" orcas getting rowdy.

"We will never be in the mind of that individual animal, but based on experience, we think that there is absolutely nothing (threatening about their behavior). We are not their natural prey," Díaz told The Associated Press by phone Wednesday. "They are having fun. And maybe these orcas have fun causing damage."

Orcas are particularly attracted by sailboats due to their size, the waves they make and the lack of pollution they produce compared to fishing boats, Díaz said.

This stretch of water where the Iberian Peninsula juts out into the Atlantic Ocean is both rife with tuna for them to hunt and on their migration route.

Spanish television has shown footage taken by sailors of groups of orcas swimming extremely close to their boats. No injuries have been reported so far.

Even so, the close encounters have put a scare in some sailors and hurt their pocketbooks with repairs that were needed.

British sailor Mark Smith told Spanish state broadcaster TVE that he was "a little" frightened "because they were very big and we couldn’t stop them" from banging into his boat.