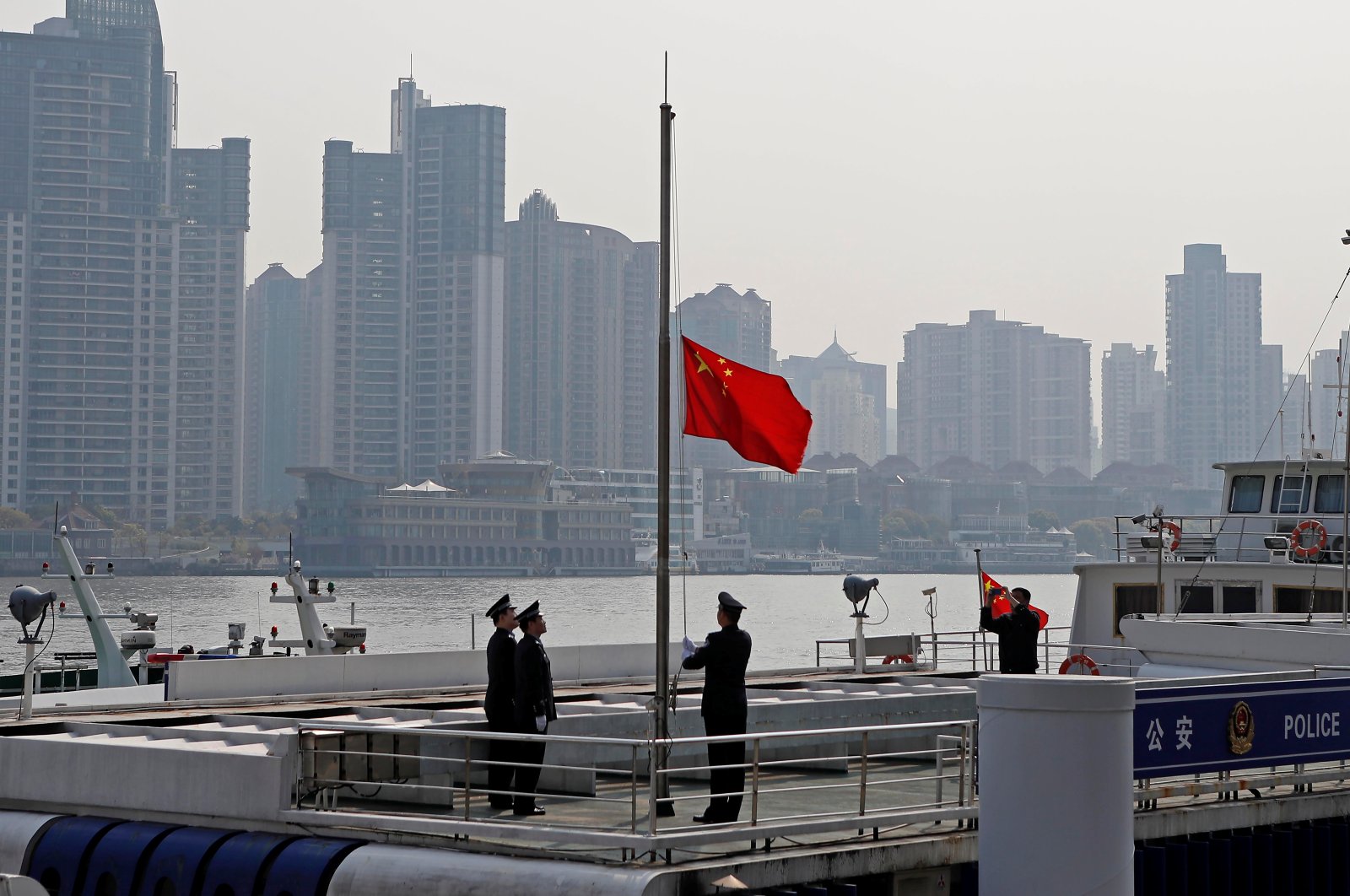 A police officer positions the Chinese national flag at half-mast along Huangpu river in Shanghai, as China holds a national mourning for those who died of the coronavirus disease (COVID-19), on the Qingming tomb-sweeping festival, April 4, 2020. (Reuters Photo)
by French Press Agency - AFP Apr 04, 2020 7:57 pm
RECOMMENDED

A French rolling news channel was forced to apologize on Saturday after one of its reporters was heard whispering "they are burying the Pokemons" during coverage of China's day of mourning for coronavirus victims.

BFMTV and its journalist Emmanuel Lechypre were lambasted as racist and "shockingly insensitive" on social media after the business reporter made the comment over live footage of the three-minute silence observed across China.

Some 3,300 people have died in the pandemic in China, which first appeared there in December, according to official figures.

Lechypre later apologized, saying that he did not know his microphone was turned on.

"I allowed myself to say something totally inappropriate, thinking that the microphones were off. I am very sorry."

The channel's boss Marc-Olivier Fogiel also apologized to viewers, although it remains unclear whether Lechypre will be sanctioned.

Many on social media called for his sacking, with others pointing out that Pokemon characters are in fact Japanese.

The Chinese homage was led by President Xi Jinping, with the entire country coming to a halt as cars, trains and ships sounded their horns, and air-raid sirens wailed.

Beijing said the tribute was a chance to mourn virus "martyrs" – an honorific title bestowed by the government this week on 14 medical workers who died fighting the outbreak – including the doctor who was punished by officials for raising the alarm.

The COVID-19 epidemic began in China and has gone on to infect at least 1.1 million people worldwide, bringing the global economy to a shuddering halt.

The country now appears to be over the worst of the outbreak.