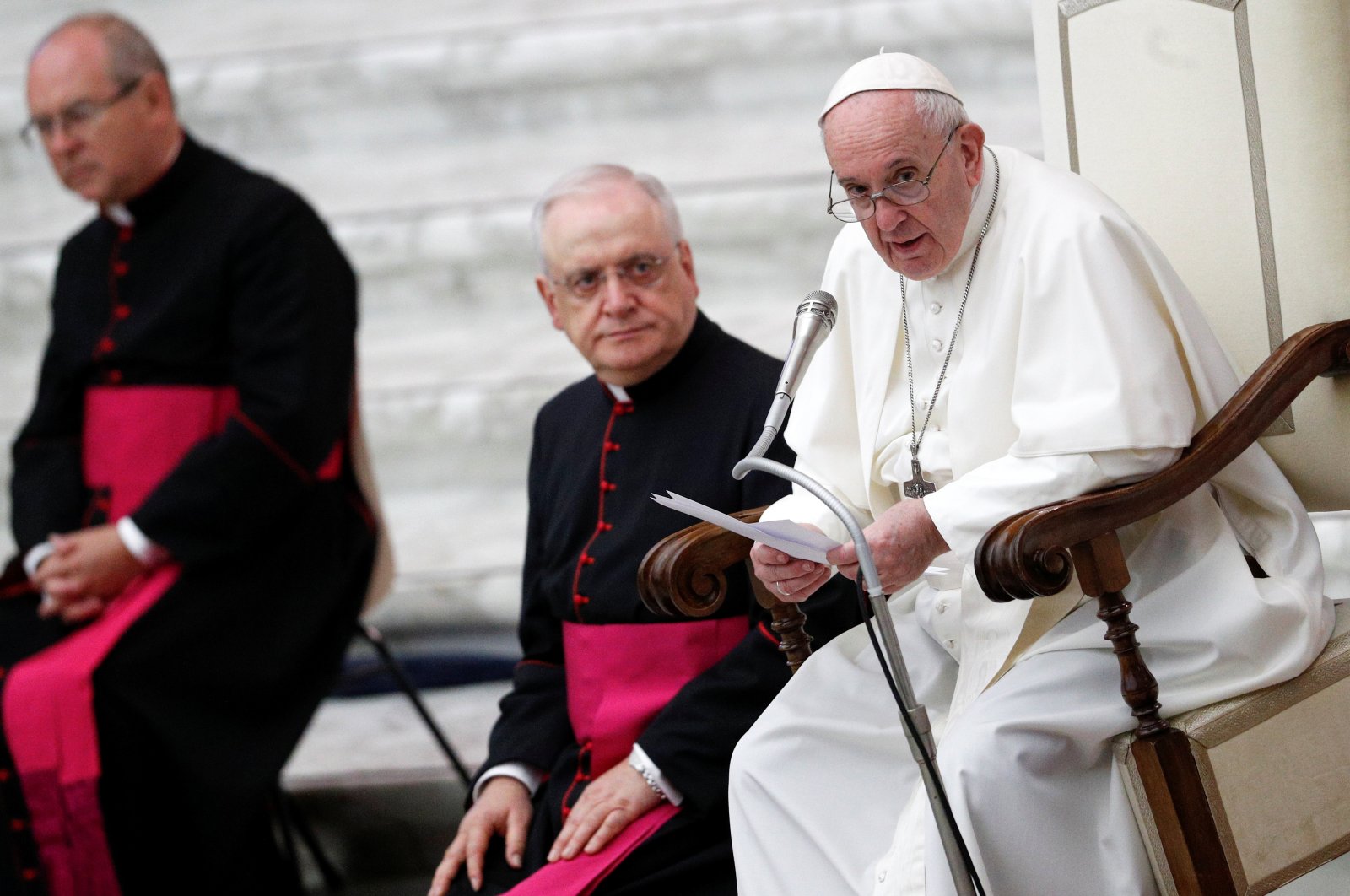 Pope Francis sought to assure external inspectors of the Vatican's financial operations on Thursday that he was pushing ahead with reforms, as the Holy See reeled from a scandal in which he fired a powerful cardinal.

It is rare for a head of state to meet with the Council of Europe’s Moneyval teams, who make periodic on-site visits to member states to evaluate their adherence to international standards to fight money-laundering and terrorist financing. But amid the Vatican’s own financial scandal, which has exposed the Holy See’s ineptitude in investing and managing donations from the faithful, Francis received the dozen members of the Moneyval team in a private audience in his library in the Apostolic Palace.

Francis has denounced the "profit-at-all-cost” mentality, and cited his own documents criticizing financial speculation and the "idolatry of money” that has taken root.

"This is a form of idolatry against which we are called to react by reestablishing the rational order of things ... whereby money must serve, not rule," he said.

Recalling the biblical tale of Jesus driving out the merchants from the temple, the pope said people should never "become servants of money."

Last month, the pope fired Italian Cardinal Angelo Becciu, accusing him of embezzlement and nepotism. Becciu has denied all wrongdoing.

Italian media this week ran interviews with a woman who says she received 500,000 euros ($587,000) from Becciu to run a "parallel diplomacy" to help missionaries in conflict areas.

Cecilia Marogna's purported work for the Vatican's Secretariat of State, where Becciu held the No. 2 position until 2018, was not previously known.

In an emailed response to Reuters on Wednesday, Becciu's lawyer, Fabio Viglione, said the cardinal knew Marogna but that his dealings with her had been "exclusively about institutional matters." He did not mention her comments about the funds, which Marogna said went through a company she started in Slovenia.

Marogna, 39, who like Becciu is from Sardinia, did not reply to a phone message from Reuters.

Addressing the inspectors, Francis pointed to his approval in June of sweeping new rules for procurement and spending meant to cut costs, ensure transparent competition and reduce the risk of corruption in awarding contracts.

Moneyval has given the Vatican increasingly positive evaluations since its first inspection eight years ago but has lamented the slowness of its judicial arm in carrying out investigations and bringing suspects to trial.

In his email, Becciu's lawyer also denied Italian media reports that his client had sent money to Australia to help enemies of Cardinal George Pell, the former Vatican economy minister who was cleared this year of sexual abuse charges in Australia after spending 13 months in prison.

Pell had accused Becciu of blocking Vatican financial reforms and after Becciu was fired, Pell said the pope "is to be thanked and congratulated."