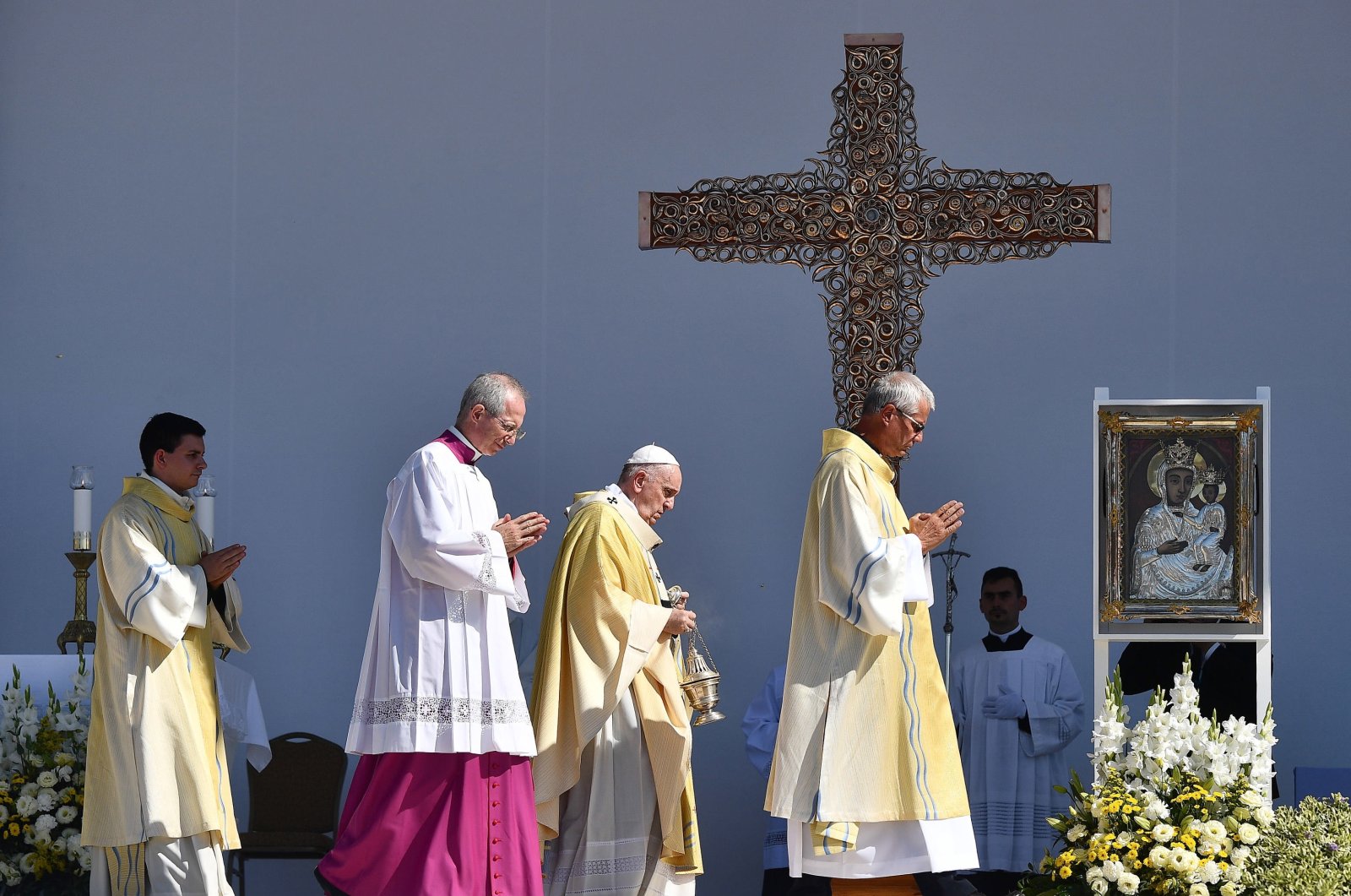 Pope Francis called for greater openness in his meeting with Hungary's anti-migration Prime Minister Viktor Orban, on a whistle-stop trip to the country Sunday. The pope's next stop will be Slovakia for a four-day tour.

During a Hungarian visit that lasted just seven hours, the pope had urged tens of thousands thronging the vast Heroes' Square in Budapest that he wanted them to be "grounded and open, rooted and considerate."

The head of 1.3 billion Catholics has often urged help for the marginalized and those of all religions fleeing war and poverty, in contrast to Orban who styles himself as a defender of "Christian Europe" from immigrants.

Thousands more crowded a nearby main boulevard, along which screens and loudspeakers had been set up, while others watched from nearby balconies and other buildings.

"The pope never says anything without reason. His words are well-chosen and carry a subtle message," said Zsuzsanna Pusztai, 75.

The pope, in Hungary to close the International Eucharistic Congress, met Orban and other senior politicians.

"I asked Pope Francis not to let Christian Hungary perish," Orban posted on his Facebook page, along with a photo of the two shaking hands.

As a present, he gave the pontiff a copy of a letter written by King Bela IV to Pope Innocent IV in 1250 asking for help against Mongol warriors who threatened Christian Hungary.

The Vatican described the meeting as "cordial," saying they discussed environmental protection and the promotion of the family among other topics.

There has been no love lost between Orban supporters and the Catholic leader.

Pro-Orban media and political figures have called Francis "anti-Christian" for his pro-refugee sentiments.

Earlier, Francis told Hungarian bishops that various ethnic and religious groups had "transformed this country into a multicultural environment," presenting a "great opportunity."

In contrast, Orban's signature crusade against migration has included border fences and detention camps for asylum-seekers.

Days before the pope's arrival posters appeared on the streets of the Hungarian capital – controlled by the opposition – reading "Budapest welcomes the Holy Father" and showing his quotes including pleas for solidarity and tolerance toward minorities.

Meeting Christian and Jewish leaders earlier in the day, Francis warned of "the threat of antisemitism still lurking in Europe and elsewhere."

During that speech the 84-year-old remained seated, apologizing that "I'm not 15."

Hungary's 100,000-strong Jewish community is one the largest in Central Europe.

Pro-Orban media has even described the pontiff as the "Soros Pope" for his support for refugees.

On his arrival in the Slovak capital, Bratislava, Francis addressed representatives from Christian denominations.

"It is hard to expect Europe to be increasingly influenced and enriched by the Gospel if we ... are not yet fully united and are unconcerned for one another," he said.