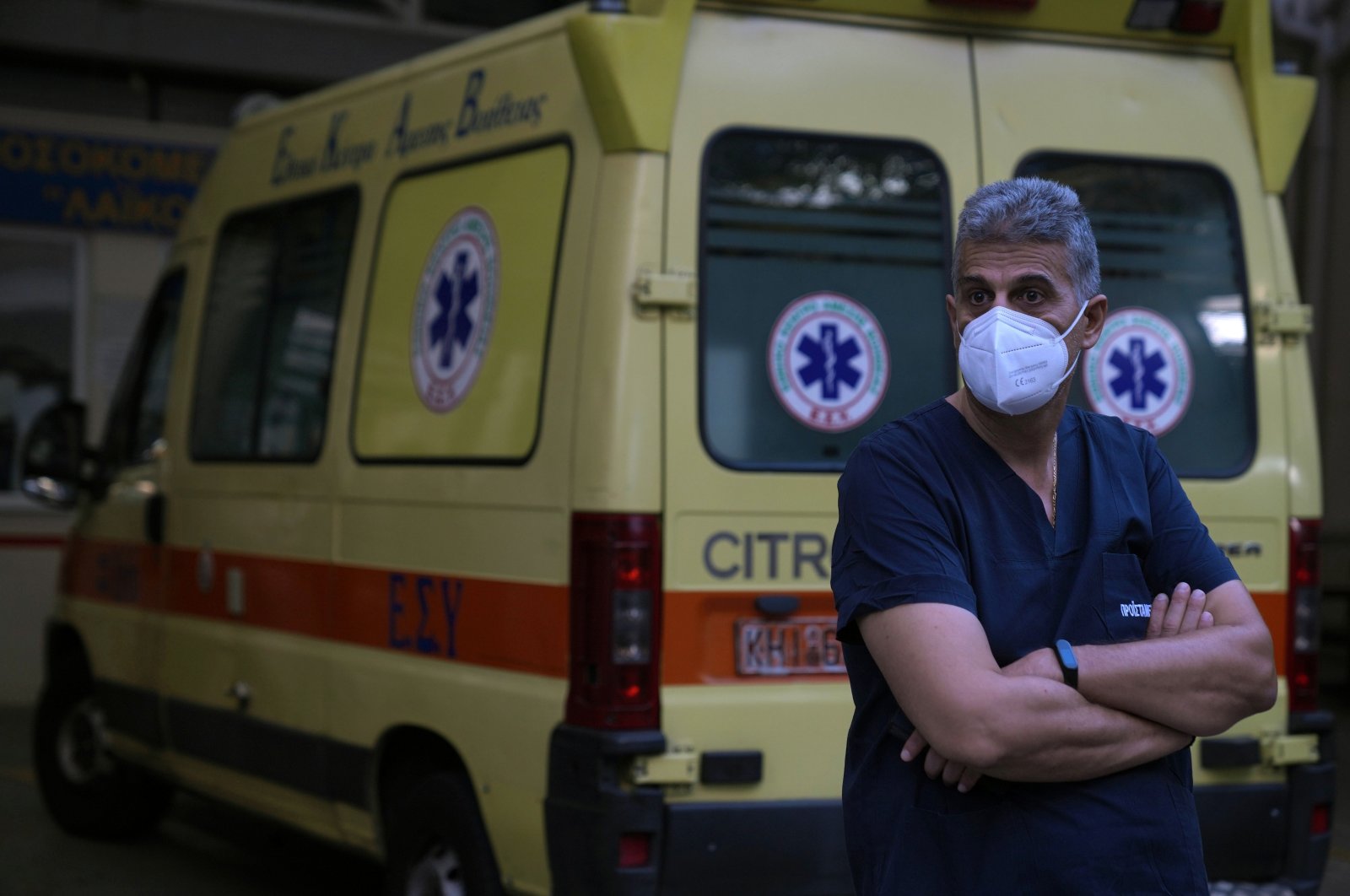 From Sept. 1, inoculations become mandatory for health workers, and those who don't comply will not be allowed to work.

Protests broke out Wednesday morning in front of hospitals throughout the country to oppose compulsory vaccinations and to highlight the consequences of mass dismissals on the country's health services. Hundreds also rallied against the measures in Athens last week.

According to estimates by the National Federation of Public Hospital Workers, some 10,000 health workers, or 10% of the workforce, had not been jabbed by Wednesday.

More specifically, the ambulance service will have to work with 1,245 fewer personnel, financial newspaper Naftemporiki reported.

"We are pushing health workers to be vaccinated, but we are against compulsory vaccination, which poses a democratic problem," Dimitris Kourouvalakis, a member of the executive committee of the federation, told Agence France-Presse (AFP).

The federation has called for a strike on Thursday morning, and protests in Athens and Thessaloniki, Greece's second biggest city.

Health Minister Athanassios Plevris said Wednesday that the legislation bringing in mandatory vaccinations, which was voted in July, "will be implemented."

The government is now trying to find measures to fill the gaps, such as suspending holidays for health workers who have been vaccinated, to ensure that services are fully operational.

It also plans to move ahead with a reshuffle of health care workers within hospitals, mergers of clinics, the replacement of those suspended with auxiliary staff and partnerships with the private sector.

According to the government, over 90% of patients currently hospitalized with COVID-19 are not vaccinated.

More than 5.7 million in a 10.7-million-strong population are fully jabbed.

In an effort to boost inoculation rates, Greek authorities announced last week a spate of new measures for unvaccinated citizens such as the suspension of free COVID-19 tests and attendance restrictions.