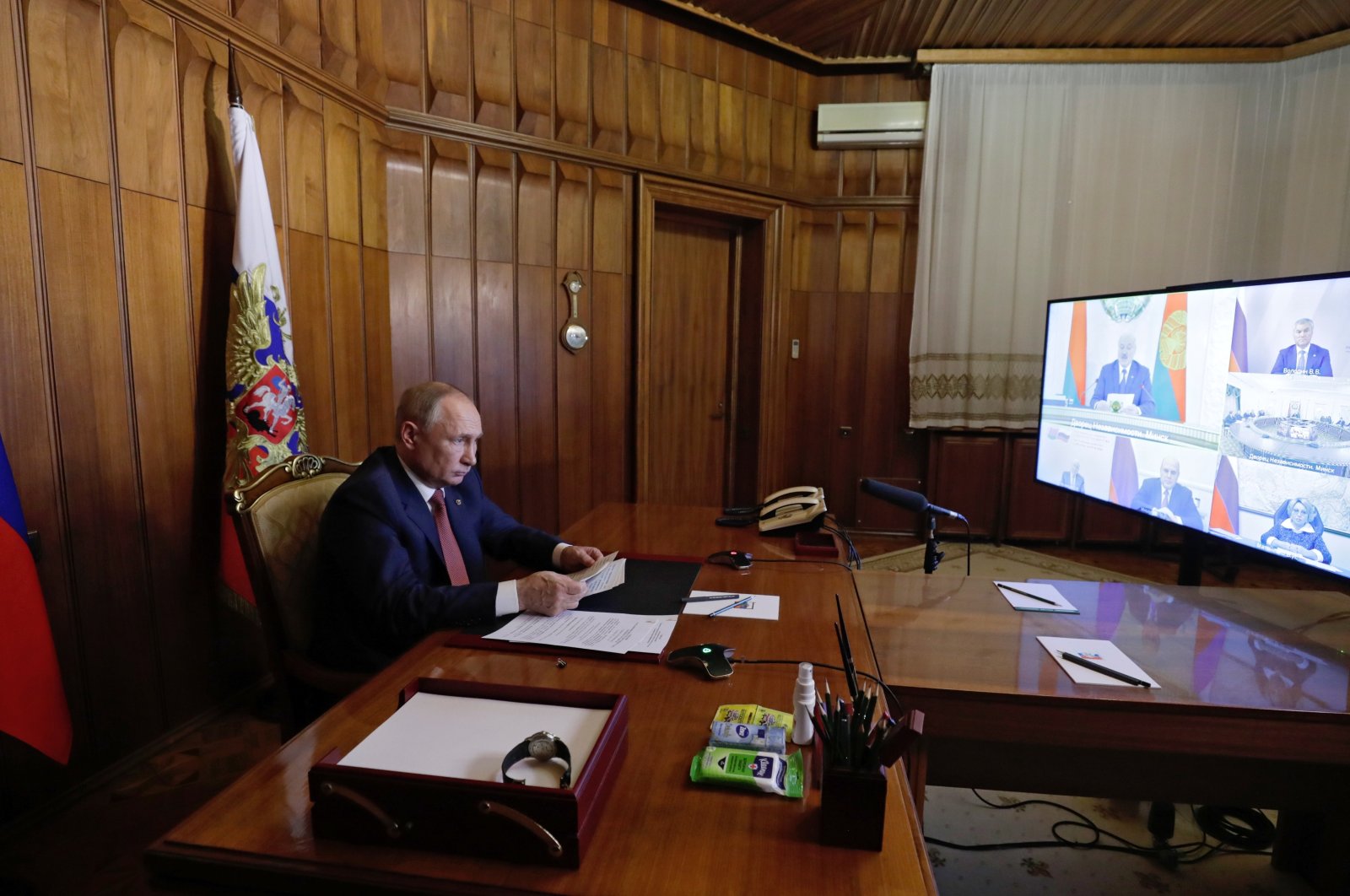 Russian President Vladimir Putin and his Belarusian counterpart Alexander Lukashenko co-chaired a meeting of the bilateral Supreme State Council for the Russia-Belarus union state via video conference on Thursday.

In his opening remarks, Putin said it is important to create "an atmosphere of stability and security" on the external borders of the "union state," a concept stemming from a 1999 treaty signed to promote greater integration between the two countries.

"We intend to jointly resist any attempts to interfere in the internal affairs of our sovereign states, and Russia, of course, will continue to provide assistance to the fraternal Belarusian people-there is no doubt about it," Putin said.

The president added that ensuring the union state is fully economically integrated is impossible without fully ensuring the labor visa-free mobility of the population and taking into account the security risks in the area.

"This is what the concept of the migration policy of the union state prepared by our governments is aimed at. A lot of work has also been done here," he said.

Lukashenko said that "the unification of our troops at the regional level is a security shield not only for our countries, but also for the entire former Soviet geography."

After the meeting, Putin and Lukashenko signed a decree ratifying the Russia-Belarus union state program and also approved a military doctrine.

The union state program road map consists of 28 points, including coordinating macroeconomic, monetary and credit policies and devising common policies in areas like industry, agriculture and energy, among others.

Lukashenko has moved closer to Russia since a disputed presidential election in August 2020, in which he won a sixth term. The EU and U.S. termed the vote as rigged, and have since imposed sanctions.