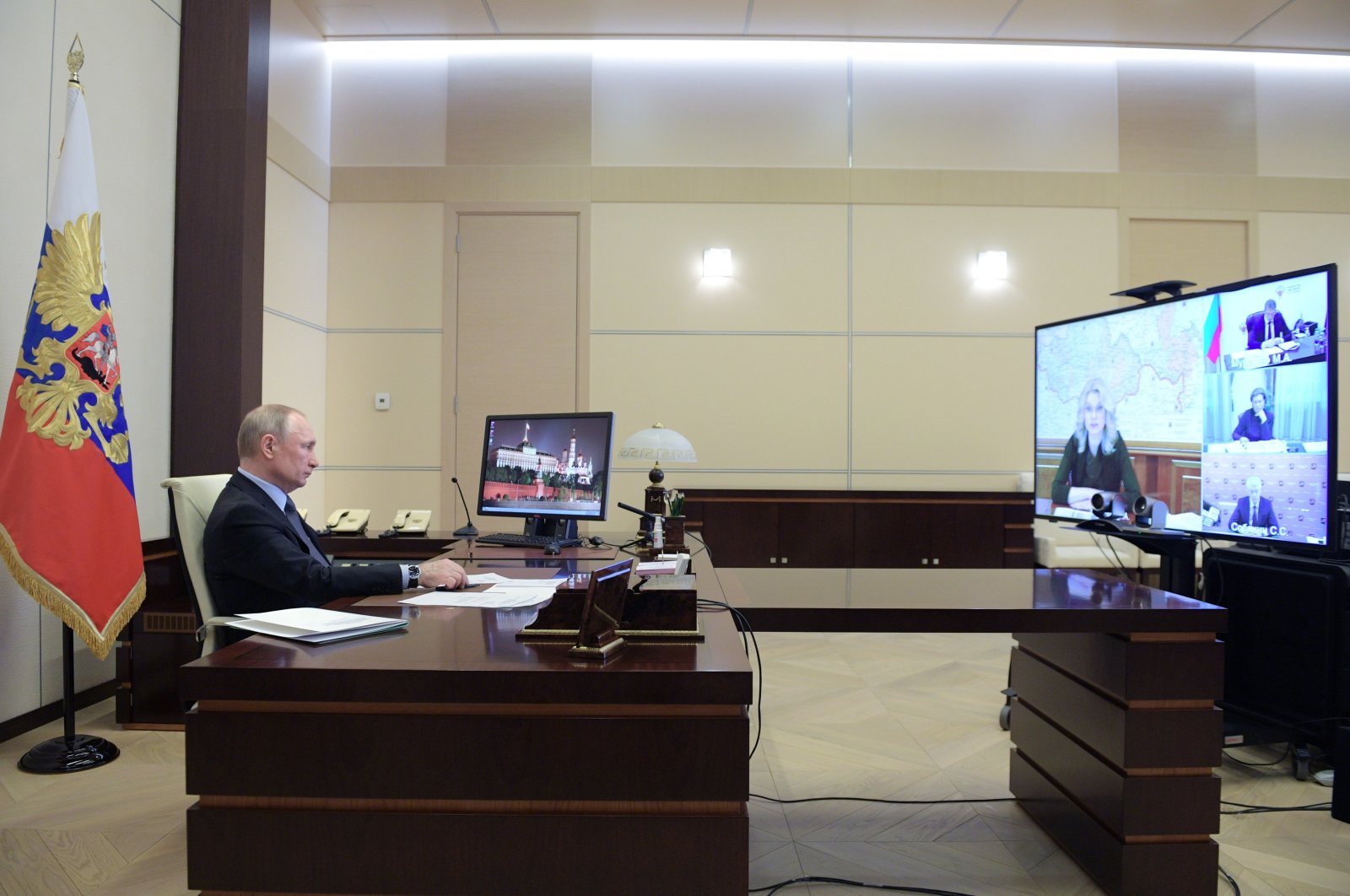 Russian President Vladimir Putin said on Monday the coronavirus situation was getting worse and that Russia may draw on the Defense Ministry's resources to tackle the crisis if needed.

Putin, who was speaking at a meeting with senior officials broadcast on state television, said the situation was constantly changing and that the next few weeks would prove decisive in its battle to halt the contagion.

He told officials at a televised meeting held by video link to consider using the army to help tackle the crisis, noting how it had sent doctors and medical equipment to Italy and Serbia in recent weeks to help. Putin said that the resources displayed by the army were "only a fraction of what the defence ministry has" and that "the main reserves are still in reserve, so you need to keep this in mind".

“The coming weeks will be decisive. All actions of the authorities should be optimally structured, with all factors taken into account,” he said. Putin added that the Ministry of Defense has already started works in many regions of the Russian Federation to build new infectious medical institutions, which could also be used if necessary.

He noted that the peak of the epidemic has not passed, even in Moscow. He added that the regions have two to three weeks to prepare for the fight against the coronavirus, but that "time is quickly melting.”

“The entire health system should work as a single mechanism,” he said.

Russia on Monday reported 2,558 new cases of COVID-19 over the previous 24 hours, a record daily rise, bringing its overall nationwide tally to 18,328. Russia's coronavirus crisis response center said 148 people diagnosed with the virus have died so far, an overnight rise of 18.

Moscow, the worst-hit area, and several other regions have imposed a lockdown, ordering residents to stay at home except to buy food, seek urgent medical treatment, take out the rubbish, or go to work if absolutely necessary.

Moscow authorities announced on Monday that they are issuing digital permits to reduce violations of the coronavirus lockdown. The densely populated capital, with more than 12 million residents, has emerged as Russia's epicenter of the contagion with 11,513 cases and 82 deaths.

Officials said more than 800,000 passes had already been issued to people planning to travel by car or public transport ahead of the system's formal launch on Wednesday.

But they said that hackers have targeted the mayor's office website and applicants complained on social media they were not able to get a pass despite multiple attempts.

People will be assigned a special code consisting of a sequence of figures and letters, which can be printed out or received by email if people report where they are planning to go. Work passes will be valid until April 30, while passes obtained to go to a doctor or elsewhere will have to be renewed.

Police patrols will be able to check the passes on the streets and could fine people for violations.

Exempt are armed forces personnel, municipal officials and journalists, among others.

The digital permit system may be expanded to monitor people going out on foot even within their neighborhood if needed, authorities said.

Authorities had initially planned to introduce an aggressive surveillance system and assign residents of Moscow scannable bar codes each time they wanted to leave their homes, but that sparked huge controversy.

The plan was dropped in favor of the current system. Under strict confinement rules in the Russian capital, Moscow residents are only allowed to leave their homes to walk their dogs, take out trash and visit their nearest shop.

Moscow has been under lockdown since March 30 but is now struggling to cope with the influx of new patients, and officials said that clinics were approaching their limits.