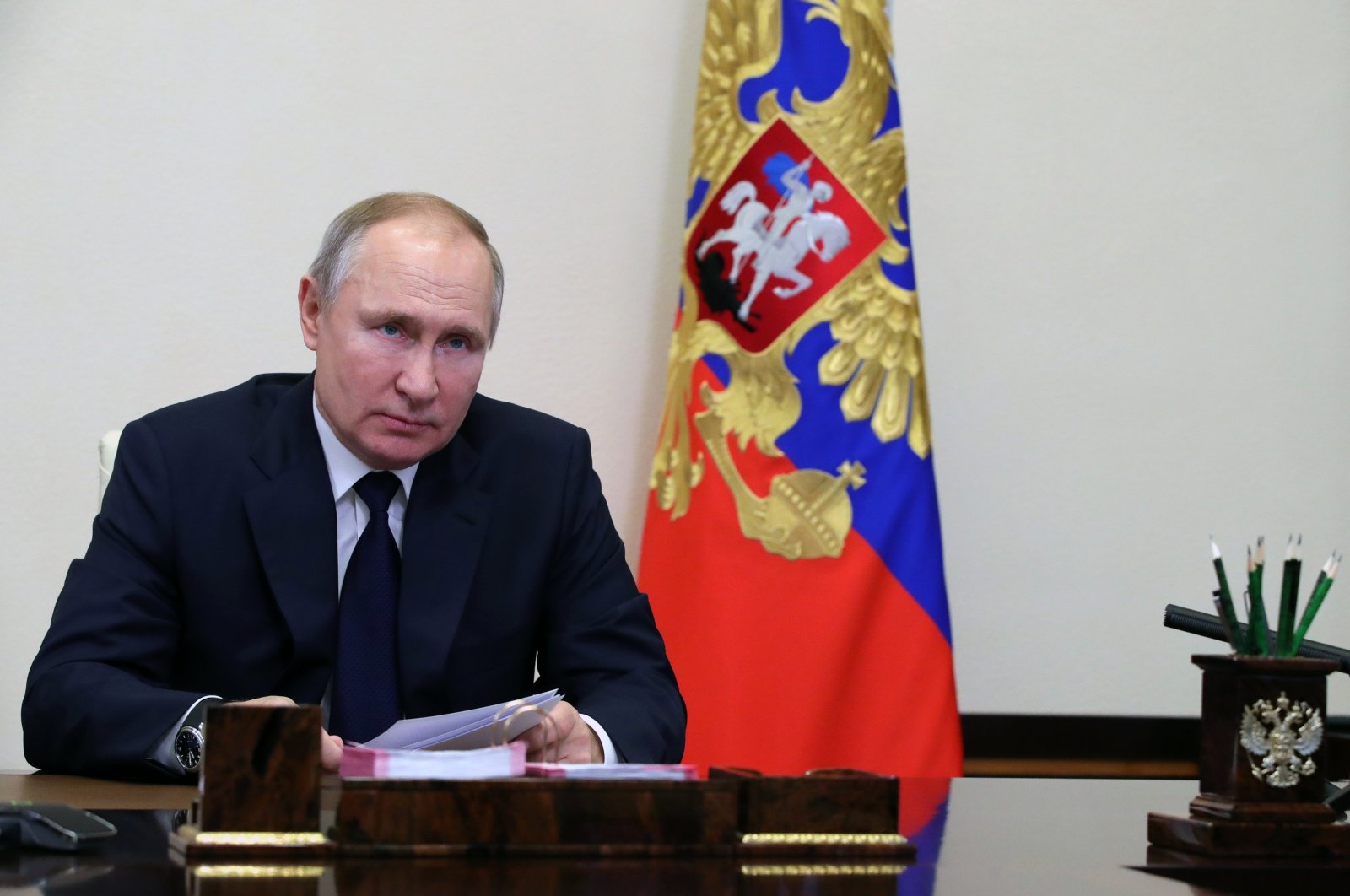 Russian President Vladimir Putin attends a meeting with leaders of the state Duma, the lower house of the Russian parliament factions via videoconference at the Novo-Ogaryovo outside Moscow, Russia, Feb. 17, 2021. (AP Photo)
by DAILY SABAH Feb 17, 2021 5:59 pm
RECOMMENDED

Russian President Vladimir Putin on Wednesday has warned Russia to ensure its parliamentary elections scheduled for September are free of any external interference.

Putin said the country needed to protect the vote and “suppress any attempts at foreign influence,” during an online meeting with the four parliamentary party leaders in the State Duma Wednesday.

“We cannot and will not allow a blow to Russia’s sovereignty,” he said, according to remarks carried by Deutsche Presse-Agentur (dpa).

Russia has itself been accused of interfering in several elections of other countries, including the 2016 U.S. presidential election to benefit former President Donald Trump, according to U.S. intelligence agencies.

Russian parliamentary election is scheduled for Sept. 19, with the pro-Putin United Russia Party preparing to retain its absolute two-thirds majority.

Right-wing populist Vladimir Zhirinovsky of the Liberal Democratic Party of Russia (LDPR) claimed the governing party is scheming to maintain a power monopoly.

“The people do not want monopolists,” Zhirinovsky said, stating the comparison of United Russia’s dominance to that of the communist party during Soviet times. Zhirinovsky also criticized the obstruction of LDPR candidates in the electoral lists.

Furthermore, the parliamentary factions of the Communist and the A Just Russia Party are also among the political forces reportedly loyal to the Kremlin, while there is no real opposition in the Duma.

United Russia has repeatedly faced accusations by government critics of using systematic electoral fraud to gain supremacy in parliament. In the past, international election monitors have also raised their concerns over election fraud.