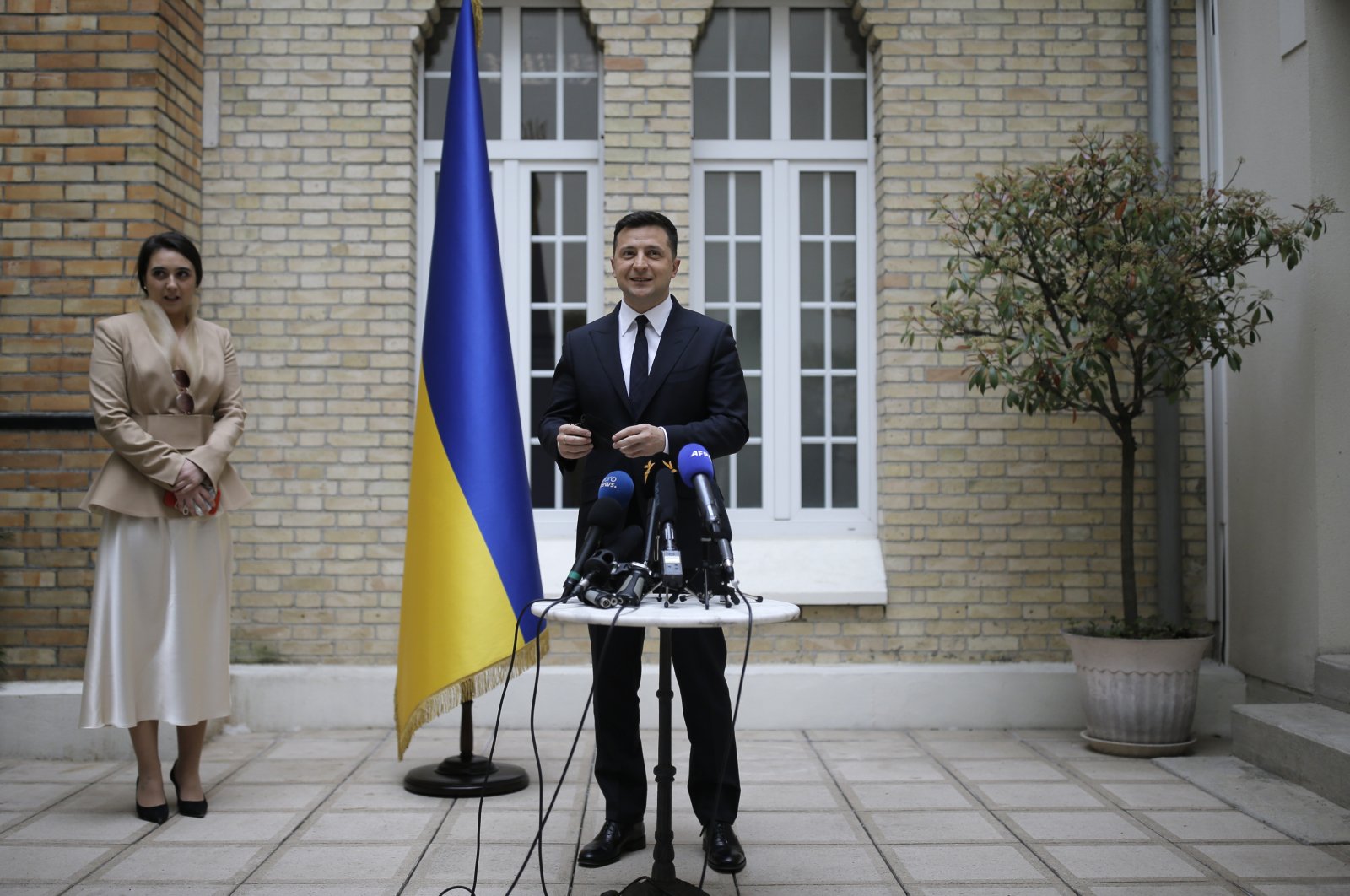 Ukraine's leader will likely meet Russian President Vladimir Putin to discuss the conflict in eastern Ukraine, President Volodymyr Zelenskiy said on Monday, adding that all sides were at the "finish line" of agreeing on a new cease-fire.

"It seems to me that everything is going towards the fact that this meeting will take place," he said.

Zelenskiy has sought a meeting with Putin after the two countries traded blame over a spike in clashes in the Donbass conflict and a buildup of Russian troops near Ukraine's eastern border and in annexed Crimea.

Russia began a troop pullback last week and Putin said he was willing to meet Zelenskiy in Moscow. Zelenskiy said he had instructed his chief of staff to contact the Kremlin to discuss when and where the two leaders could meet.

Ukrainian troops have battled Russian-backed forces in eastern Ukraine in a conflict that Kyiv says has killed 14,000 people since 2014. More than 30 Ukrainian soldiers have been killed this year after the cease-fire agreed last July collapsed.

Asked if a new cease-fire could be in place for the Orthodox Easter this weekend, Zelenskiy said "I believe that we are already at the finish line for this agreement."

Speaking at an event to mark the 35th anniversary of the Chernobyl nuclear disaster, Zelenskiy said in a speech he did not want the Donbass conflict area to turn into another no-go zone like the contaminated land around the atomic plant.

"We cannot go back in time and prevent the tragedy at the Chernobyl nuclear power plant," Zelenskiy said. "But we can definitely do everything today to prevent a future tragedy ... which may occur in the occupied Donbass."