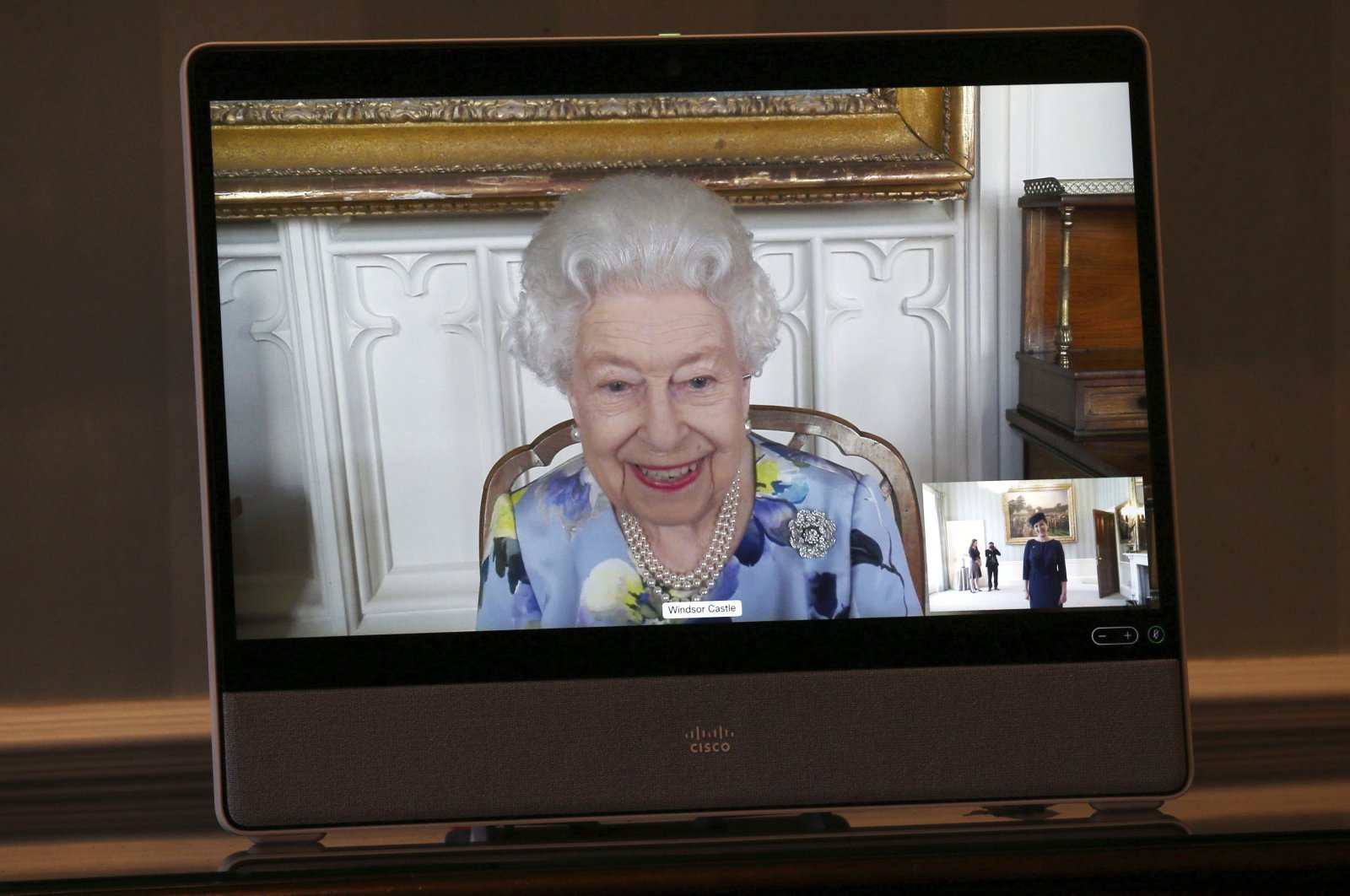 Britain's Queen Elizabeth II on Tuesday carried out her first public engagement since the funeral of her 99-year-old husband Prince Philip, as she held virtual meetings with the new ambassadors of the Ivory Coast and Latvia.

The 95-year-old monarch, held the virtual audiences from Windsor Castle, where she has lived during the COVID-19 pandemic, while the ambassadors were 32 kilometers (20 miles) away at Buckingham Palace in central London.

The queen, who ended a two-week period of royal mourning on Friday, wore a floral dress and pearls for the occasion, and pictures showed her smiling. She received Ivita Burmistre, the ambassador of Latvia and Sara Affoue Amani, the ambassador of Cote d'Ivoire.

It was the first since the official royal mourning ended, but it was not the first official royal duty the Queen has carried out since her husband of over seven decades passed away, as she hosted a number of audiences the week that followed.

Videos from the events were the first released for public view since Philip’s funeral on April 17 at St. George’s Chapel in Windsor.

Strict social distancing rules forced the queen to sit alone during the service, a spectacle that touched many who had also suffered bereavement in the pandemic.

However, as expected, she is now back at work, and in the public eye.

The week before the funeral, the queen attended the retirement of her Lord Chamberlain, who organizes all ceremonial events for the palace, and welcomed his replacement. Neither event was photographed.

The queen celebrated her birthday last week, using the occasion to express her gratitude for all the well-wishers who offered tributes to Philip, her husband of 73 years.

The royal family was in a "period of great sadness,” but drew comfort from words of praise for the duke, she said.