Queen Elizabeth II expresses thanks for support on her 95th birthday 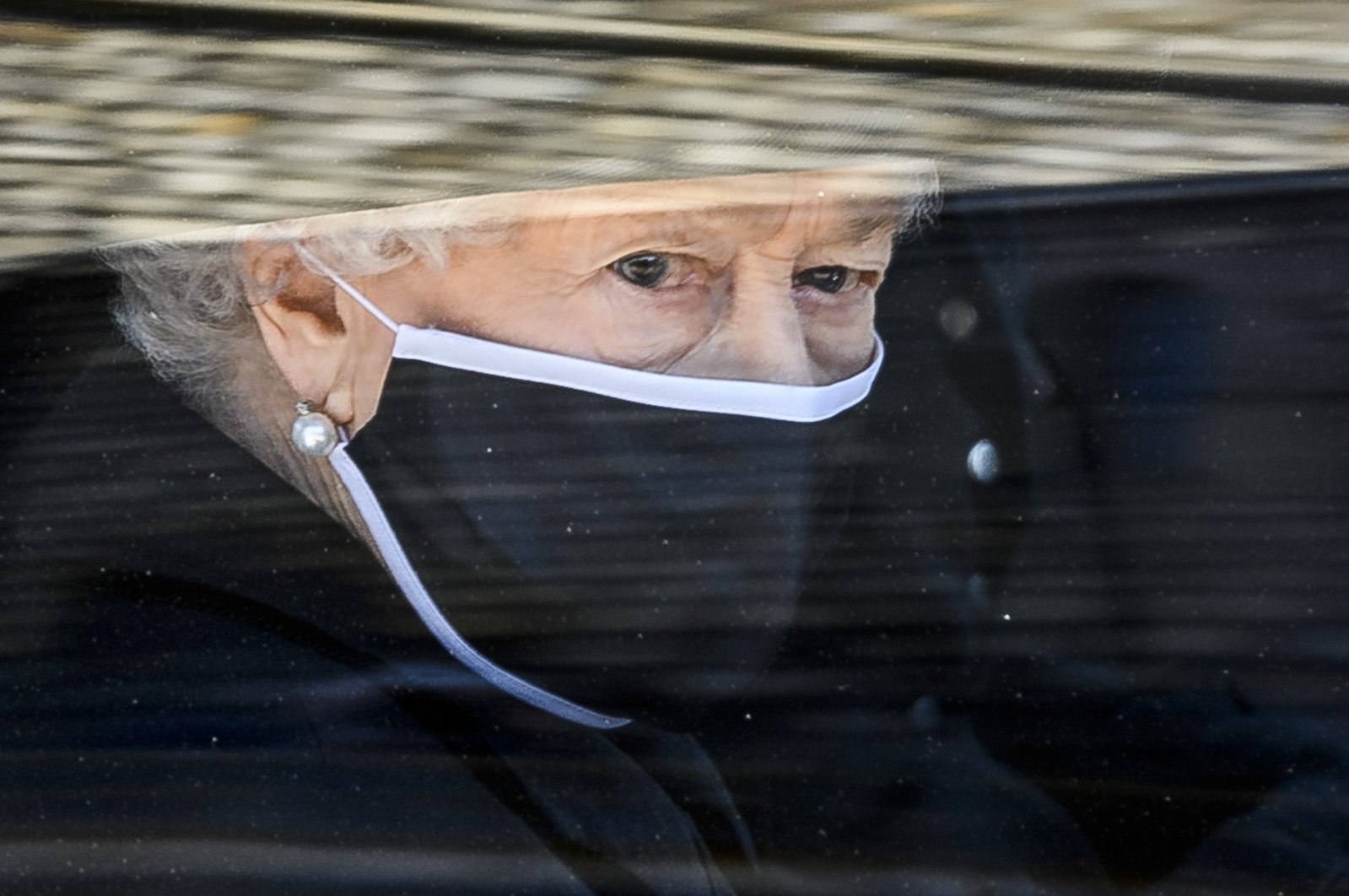 Britain's Queen Elizabeth II follows the coffin in a car as it makes it's way past the Round Tower during the funeral of Britain's Prince Philip inside Windsor Castle in Windsor, England, April 17, 2021. (AP Photo)
by REUTERS Apr 21, 2021 3:39 pm
RECOMMENDED

Britain's Queen Elizabeth II celebrated Wednesday her 95th birthday, days after her husband Prince Philip's funeral as she said she had been deeply touched by the tributes paid to her husband, in her first public remarks since his death earlier this month.

Prince Philip, whom Elizabeth married in 1947, died on April 9 aged 99 and the royals paid their final respects to the family's patriarch at a funeral on Saturday at Windsor Castle. Due to COVID-19 restrictions, the queen sat alone during the somber service for Philip, whom she had previously described as her "strength and stay" during her long reign.

"While as a family we are in a period of great sadness, it has been a comfort to us all to see and to hear the tributes paid to my husband, from those within the United Kingdom, the Commonwealth and around the world," Elizabeth, the world's oldest monarch who has turned 95, said in a statement. "My family and I would like to thank you all for the support and kindness shown to us in recent days. We have been deeply touched, and continue to be reminded that Philip had such an extraordinary impact on countless people throughout his life."

The queen, who is also the world's longest-reigning monarch, will be at Windsor Castle for her birthday, which traditionally passes off with little or no ceremony. As the royals are marking two weeks of mourning, it will be even more low-key, with no gun salutes at the Tower of London or the capital's Hyde Park.

The queen has an official birthday which is usually celebrated with greater pomp on the second Saturday in June. "I have, on the occasion of my 95th birthday today, received many messages of good wishes, which I very much appreciate," she said in her statement. British Prime Minister Boris Johnson was one of those to send his best wishes on Twitter. "I am proud to serve as her prime minister," he said.

Philip's death has robbed Queen Elizabeth of her closest and most trusted confidant, who had been beside her throughout her 69-year reign. It also came as she grappled with one of the biggest crises to hit the royal family in decades – allegations of racism and neglect against it from her grandson Prince Harry and Meghan, his American wife. Newspapers have suggested that family members would be visiting the queen over the coming days to ensure she would not be left alone while mourning her husband.

A Buckingham Palace spokesperson declined to comment, saying all family matters after the funeral would be private. Elizabeth was born on April 21, 1926, in Bruton Street, central London.

She ascended to the throne in 1952 at the age of 25, and surpassed her great-great-grandmother Queen Victoria as Britain's longest-reigning monarch in September 2015.

Elizabeth is also the queen of 15 former British colonies including Canada, Australia and New Zealand. "I was at the funeral on Saturday, her Majesty was, as always, more concerned with other people than herself, and she will be on her birthday," Justin Welby, the Archbishop of Canterbury, told Reuters. "She doesn't do 'I'm the most important person in the room'.

"She does 'I mind about the other people more than about myself'. She is an extraordinary person."