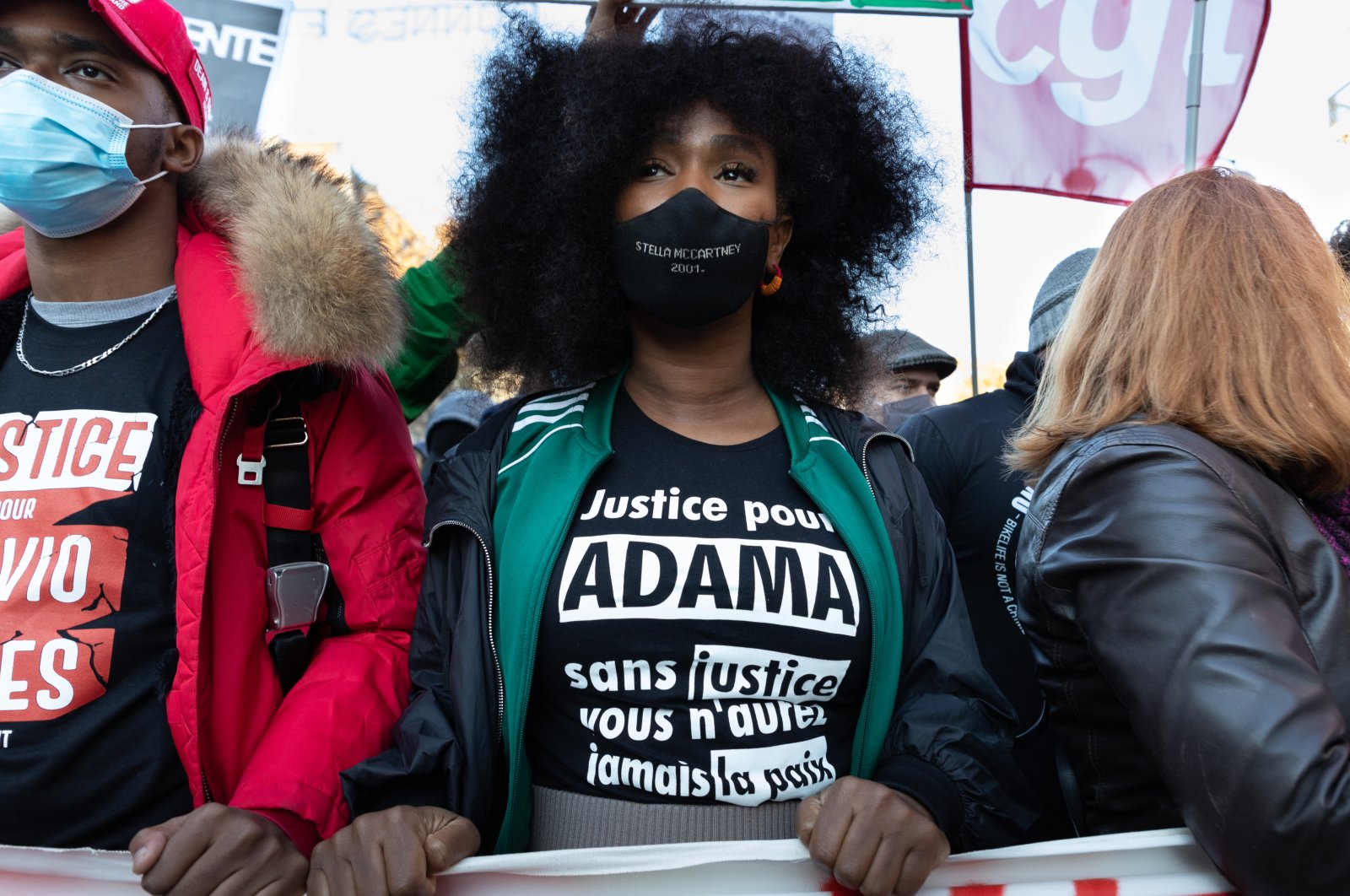 An investigation into the death of a young black man in French police custody found that the tactics used to overpower him played a hand in his death from heatstroke, according to a report seen by Agence France-Presse (AFP) on Monday.

The report, from four Belgian doctors commissioned by investigating magistrates, said the way officers pinned Adama Traore to the floor had likely contributed to his death during a heatwave.

Traore, dubbed the "French George Floyd" after the black American killed by U.S. police in 2020, has become one of the faces of a growing campaign to end police brutality in France.

He died on July 19, 2016, at the age of 24 after fleeing officers who wanted to check his ID in Beaumont-sur-Oise north of Paris. After a chase, he was traced to an apartment where three officers jumped on him to handcuff him.

One of the officers later said he had complained that he could not breathe – an admission that later drew comparisons to Floyd's May 2020 death in a chokehold in the U.S. city of Minneapolis.

Traore was taken unconscious to a police station and left handcuffed on the floor in the recovery position, where the emergency services later pronounced him dead two hours after his arrest.

In late November, protests erupted calling for racial equality and an end to police brutality in France, prompting the government to drop a controversial security law.

Although an initial autopsy found he died from asphyxiation, experts overruled that finding in May 2020, saying an underlying heart condition and genetic illness caused his death.

Believing his death to be the object of a cover-up, Traore's family demanded another opinion.

The Belgian doctors said they believed he had "very likely suffered a heatstroke."

But "the role in the lethal process of a period of suffocation due to physical constraint cannot be ruled out," they said.

They added that the "momentary containment manoeuvres" and "to a lesser extent underlying conditions" likely hastened the deterioration of his condition.

The Traore family's lawyer, Yassine Bouzrou, was quoted by France Info radio as expressing satisfaction over the finding.

"We know today that among the causes of death are the violence of his arrest and being tackled face down, which clearly had an important role in the death of Adama Traore," he said.

The report comes a week after the French government kicked off weeks of public consultations on ways of increasing public confidence in the police following repeated scandals over racism and brutality.

In November, a video of Paris police beating and abusing a black music producer inside his studio shocked the country. The police were also recently filmed using violence to tear down a migrant camp in central Paris.