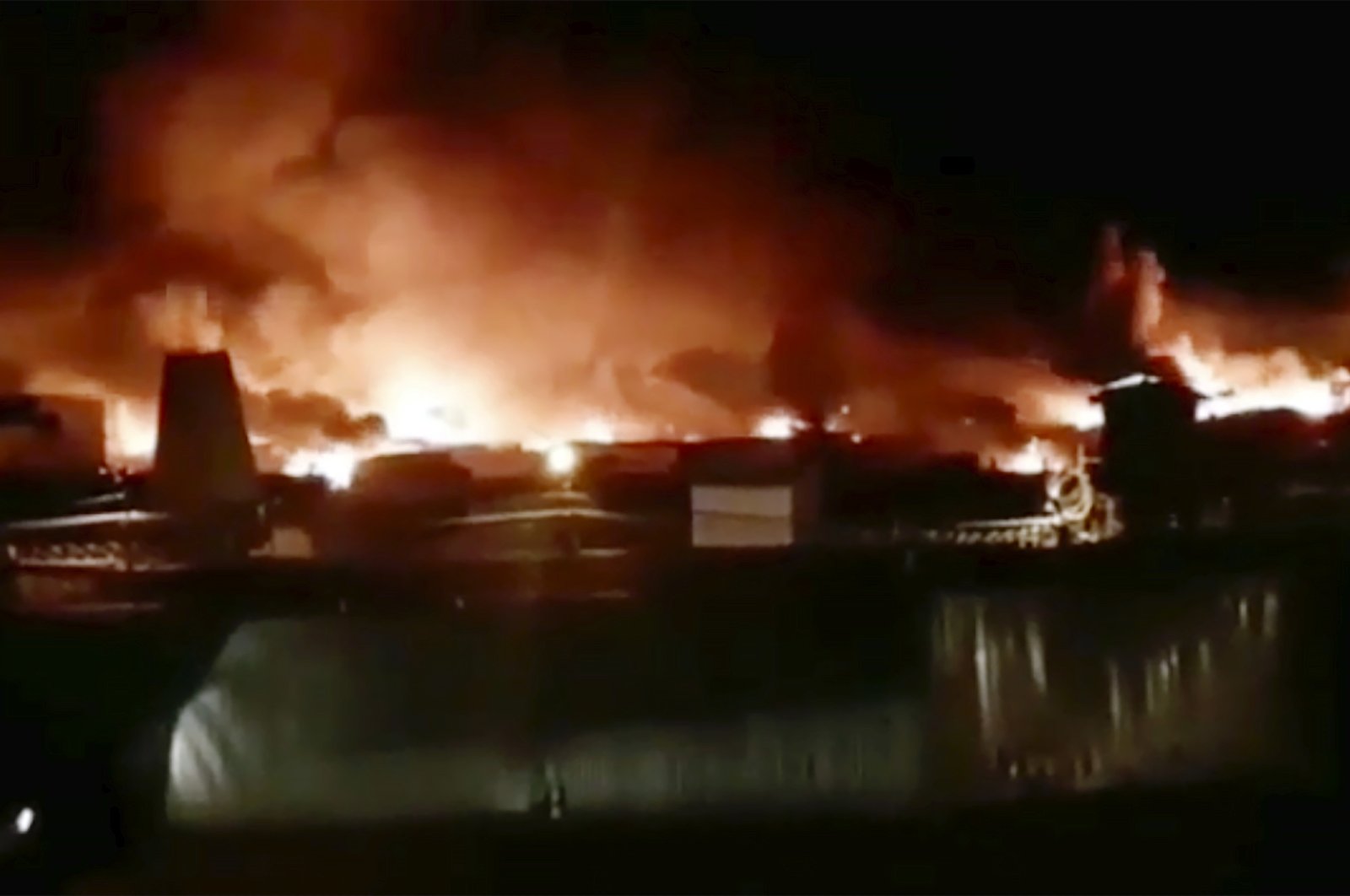 In this image taken from video provided by Instagram account @incident.38, a fire is blazing at a prison colony where inmates and guards have clashed in Angarsk, 4,000 kilometers (2,500 miles) east of Moscow, Friday, April 10, 2020. Russian officials say a large fire is blazing at a prison in Siberia where inmates and guards have clashed. There was no official information about casualties or damage Friday, but Pavel Glushenko, a local human rights activist, said on social media that “full-scale hostilities” were taking place at the maximum-security prison. (AP Photo)
by French Press Agency - AFP Apr 11, 2020 12:54 pm
RECOMMENDED

Disturbances were reported to have taken place at a high-security penal colony in Siberia on Friday, while local campaigners called the incident a full-blown riot and posted images of a fire in the premises.

Russia's penal service said inmates at the No 15 penal colony in Angarsk "attacked a guard" while others cut themselves with glass from broken surveillance cameras.

The service said the guard was hospitalized and the riot, which broke out on Thursday, had come under control, while investigators opened a probe on charges of disrupting prison work.

Human rights activists, however, called the incident a "riot" sparked by the beating of an inmate by guards, calling the issue far from over.

Rights group For Human Rights on Thursday published a video link on its website showing an inmate with a bloody gauze around his arm, who says he was choked and beaten, cutting his veins in protest.

An activist for anti-torture group Siberia Without Torture, Svyatoslav Khromenkov, told AFP that riot police had surrounded the colony, where vehicles were being upturned and a fire was ablaze.

Another NGO, Public Verdict, published an appeal to law enforcement agencies for a transparent investigation to take place, saying access to prisons by independent monitors and attorneys was being denied on the basis of coronavirus quarantine measures.

"Independent control mechanisms are not working," the group said, citing concern over lack of consistency in official reports.

In videos Khromenkov said had been sent by prisoners, inmates can be seen standing in the work yard of the prison, part of which is on fire.

"They are killing us," the man filming says of the guards, as other men shout "Help us!" displaying slash wounds on their arms and stating that two inmates had been killed.

Khromenkov said it wasn't clear whether the riot was related to stricter quarantine measures prison authorities have enforced in Russia.